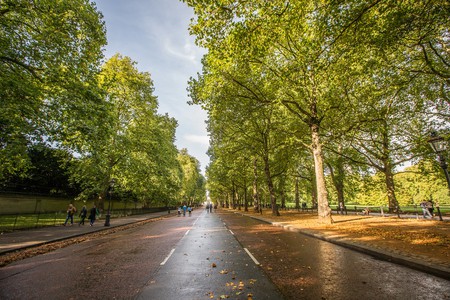 London’s streets are filled with history and mystery, with stories and facts to delight and fascinate visitors. Stretching from Roman London all the way through the capital’s layered past, enjoy our pick of the best ways to explore London’s stomping grounds.

Discover Dickensian London by exploring the city that was Dickens’ home and inspiration. Beginning at 48 Doughty Street, now the location of the Charles Dickens Museum, this self-guided tour brings together memorable scenes from Dickens’ work with places that played an important role in his own life. Explore Saffron Hill, the location of Fagin’s den in Oliver Twist, the Old Bailey, the setting for the trial of Magwitch in Great Expectations and Wood Street – where 10-year-old Charles Dickens arrived in London for the first time.

This 90-minute walking tour allows the streets of London to bring Dickens’ work to life, telling the story of the city that inspired him. If you want to extend your walk, cross the Thames to Southwark using London Bridge and visit Nancy’s steps, the setting of her gruesome murder in Oliver Twist. Close by is Borough High Street, where much of Dickens’ Little Dorrit is set, as well as the remaining gates of Marshalsea Prison, Amy Dorrit’s birthplace and where Dickens’ father was sent as a debtor. End your walk at The George Inn, London’s only surviving coaching inn at the heart of Dickensian London. 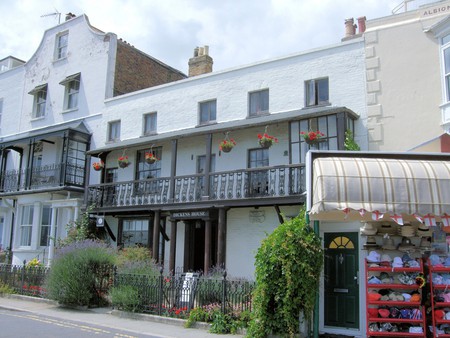 The area between Embankment and Fleet Street is the home of the gowned and wigged English barrister. Steeped in history, the Inns of Court have been the setting for many legal and illegal events, and the London Walking Tours guided walk here aims to reveal all. Beginning at Gray’s Inn, where Charles Dickens once practiced as a clerk, the walk weaves its way through the time-locked lanes and squares that have witnessed some of the most important events in English history. In between stories, the traditions and customs of the Inns still practiced today are explained, offering an insight into the life of a present-day barrister. During this two-hour tour author Richard Jones successfully conjures up ‘more potent memories out of the area than from a neighbourhood full of palaces’, keeping his audience captivated.

Go back in time with the Museum of London’s walking tour of Londinium. This exclusive walk explores 400 years of Roman London, visiting some of the city’s unknown yet most significant discoveries, only accessible with a Museum of London guide. Discover the largest intact remains of the Roman west gatehouse, hidden beneath one of the city’s car parks; visit the recently discovered Roman public bathhouse at Upper Thames Street, and learn about the life of a gladiator at London’s Roman amphitheatre. The walk ends at the Museum of London, where the largest assemblage of Roman artefacts from the city is on display. This fascinating tour reveals just how much Londinium shaped the modern day city, allowing for you to experience the essence of London’s Roman heritage. 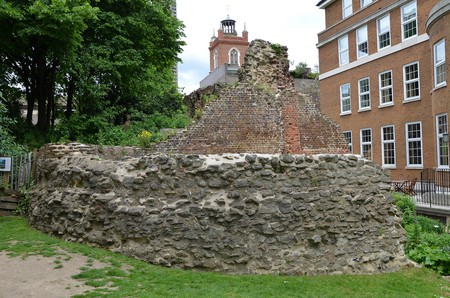 The Greenwich Tour Guide Association offers a daily programme of guided walks through Greenwich with local experts. The company’s Royal Greenwich Meridian Walk is a leisurely tour through Greenwich Park, London’s oldest Royal Park and a favourite of King Henry VIII. Walkers later visit the spot where international time begins at the park’s Royal Observatory, before ending their walk in Greenwich town. The Greenwich Tour Guide Association also offer historical walks on the local areas’ maritime and military history, as well as the history of Greenwich riverside. These 90-minute guided tours make for a relaxing afternoon away from the hustle and bustle of central London and are available throughout the year.

Follow the trail of the Great Fire of London, the most famous fire in history, as you learn about the city in 1666. Starting along the Thames north bank, this self-guided walk tells the story of the five-day blaze, visiting the site of London’s most famous landmarks that were destroyed along the way. Climb the 311 steps of the Monument to the Great Fire at Pudding Lane, where the blaze started, learn about the narrow streets and timber-framed houses that fuelled the blaze and visit the landmarks that were rebuilt following the destruction. This walk ends at the Golden Boy at Pie Corner, where the fire ended. 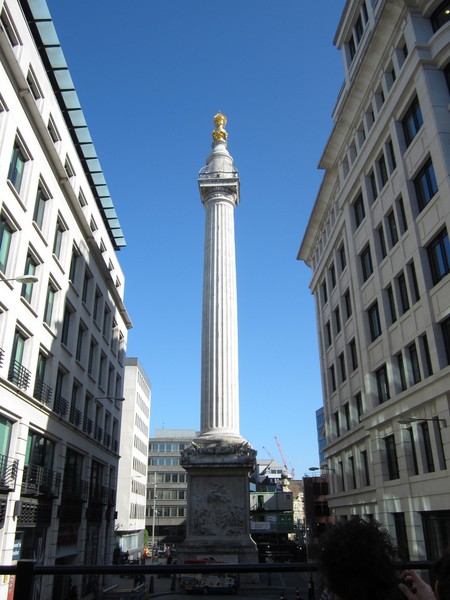 Monument to the Great Fire

Travel back in time to London’s Whitechapel 120 years ago with the East End Tour Company. This guided walk tells the tale of Jack the Ripper, one of the most notorious criminals in history. Starting at 7.30pm, visitors begin their journey through the East End’s eerie alleyways as the story of London’s biggest unsolved mystery begins. Visitors are taken to the scene of each murder and location of vital clues, as well as learning about London during the ‘Autumn of Terror’, bringing the East End 1888 back to life. This tour is unique in its use of handheld ‘Ripper-Vision’ projectors, recreating the gruesome clues and images on the surrounding dark streets, leaving walkers ‘with an everlasting experience’. Lasting just under two hours this gripping walk has been described as ‘the best and most original Jack the Ripper tour in years’.

Walk London’s self-guided tour through central London focuses on the history of the city’s royalty by exploring its Royal Parks and gardens. Beginning at St James’ Park, the walk follows in the footsteps of past and present kings and queens as it passes many of London’s prestigious royal palaces, households and landmarks. Walkers can stop off at attractions such as Clarence House, Buckingham Palace, and The Royal Albert Memorial and escape from the crowds in Kensington Palace Gardens and Hyde Park. Taking just under one hour, this walk ends at the Italian Water Gardens. Nearby is Kensington Palace, which is open to the public and where walkers can learn more about the Royal family through the centuries.

Escape the city and enjoy Richmond Heritage Guides historical walking tour of Richmond. Starting at the Old Town Hall, discover the history of the famous town’s Green, passing by 18th-century houses still lived in today. Visit the remains of Richmond Palace, cross the river on the iconic Georgian Bridge, the oldest spanning the Thames, and enjoy views from Richmond Hill during this peaceful guided walk. Richmond is a town steeped in history from the Tudor, Stuart, Georgian and Victorian times, and this tour is available weekly throughout the Summer months. 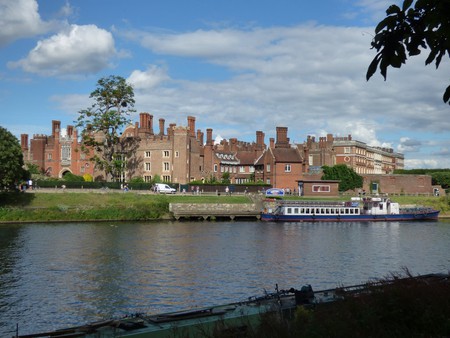 This walking tour of the London Docklands brings together the modern development of the area with the fascinating history of the working docks. The tour begins with walkers being transported back to when this stretch of riverside was ‘nothing short of a vast sea of tall masts and the riverside paths echoed with the shouts, grunts, banter and profanities of the dockworkers’. Now one of London’s most vibrant neighbourhoods, this two-hour walk takes visitors back in time to understand how the Docklands developed from dock buildings and warehouses, to skyscrapers and glass towers.

Join Dr. Cindy Lawford every Friday for a five-star walking tour exploring the heritage and stories behind the shops of Jermyn Street, St James. Learn the history of the cheesemongers, perfumers and milliners in this anecdote-filled tour of one of London’s most exclusive streets. Ranging from secret brothels to luxury tailors, the heritage of Jermyn Street is fascinating. Close by is Fortnum & Mason, the luxury goods shop founded in 1707 where, upon request, tours can visit for tea and cake in the store’s Gallery Restaurant. For those who want an additional taste of luxury, visit the historical Burlington Arcade, built in the 1800s “for the sale of jewellery and fancy articles of fashionable demand”.