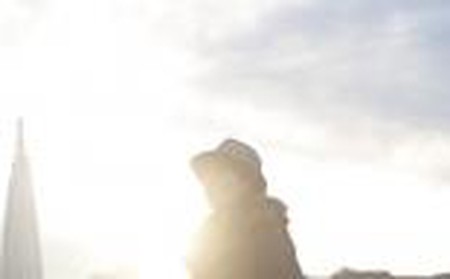 Get off London’s beaten track with these ten guided walks, which take you on off-kilter adventures down some of the UK capital’s less travelled streets. From lost river beds and 18th century chocolate houses to literary pub crawls and photography tours, these guided walking tours have got London covered, whether you’re a newcomer or a local looking to learn something surprising. 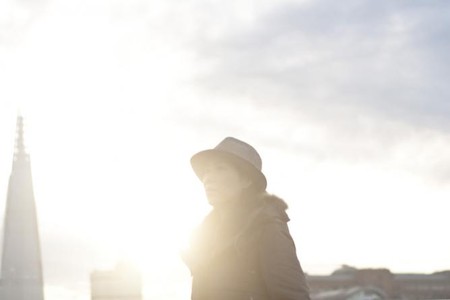 Look through a lens and, perhaps unsurprisingly, you get a whole new perspective on a city. Argentinean company Foto Ruta hope to capitalise on the revelatory potential of the camera by giving guided photography tours of some of the world’s most visually inspiring cities, including London. Taking an avowedly democratic approach to street photography, the Foto Ruta tour leaders take small groups on ‘urban exploration’ adventures to help them discover something they never would have noticed otherwise. Tours and workshops include iPhoneography, streetscapes and Foto Ruta ‘Clue’, involving a journey of discovery around a different neighbourhood each weekend. Amateurs and experts are both equally welcome.

As anyone who’s been to London’s East End knows, the area is a smorgasbord of foodie treats just waiting to be tried, but it can be tough to know where to start. Don’t panic, Eating London Food Tours Tours are here to help. Carefully guiding a small group of gourmands through 10 of the neighbourhood’s diverse restaurants, bars, stalls and bakeries, the tour guides ensure you taste the diversity and rich history of the East End. Eating London also manage to weave the consumption into the fascinating story of London and its globalism, which is no mean feat when faced with a group of dedicated foodies in London’s most delicious borough.

The emphasis during the London Literary Pub Crawl is on the literary rather than the pub crawl, so anyone expecting a night on the tiles might be disappointed when they turn up to find Virginia Woolf getting the first (and possibly only) round in. Stopping off at the favourite pubs of writers such as some of the UK’s most celebrated writers, including Anthony Burgess, Charles Dickens, George Orwell, Tom Stoppard and well-known drinker (and poet) Dylan Thomas, the tour explores the ideas that inspired the writers in the very spaces where they wrote and thought. You also get to do some fun literary pub quizzes along the way. 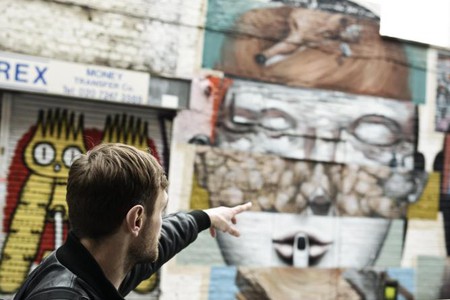 With a pay-what-you-like policy and a constantly evolving diorama of street art guaranteed on each tour, Alternative London Walking Tours capture the ethos of the East London area they traverse. You’ll go down the twisty windy roads round Spitalfields, given an insider view into street art by a team of dedicated guides who are themselves practicing street artists. Expect to see the capital’s creativity in full force. 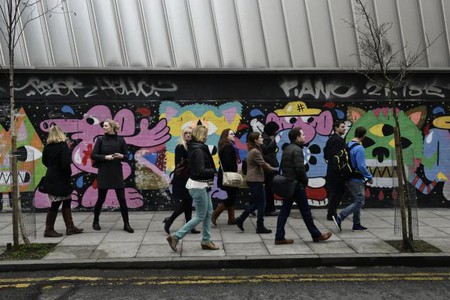 If wandering round Georgian London with a mug of steaming hot cocoa sounds like your idea of a good time, then the Chocolate House Tour is the tour for you. Starting from the days of the conquistadors, the tour traces the lineage and importance of the cacao trade to the development of London and the UK, as the craze for chocolate spread across the world, and fortunes were made and lost as teeth corroded and waistlines thickened across Europe. The tour takes in the mansions built on Chocolate money, the chocolate houses where the beverage (and Jacobite rebellion) was brewed and various other 18th century spots.

Telling the history of London from the perspective of its African populations, the Black History Walks cover areas as diverse as Docklands, Notting Hill and the City, and tell the story of London’s connection to racism, trade, African religions, slavery and politics. After the walk, you might even be able to spot African-influenced architecture on some of London’s most familiar landmarks…

Everyone knows of Dr Samuel Johnson, the father of the modern English dictionary. But take this tour and you’ll discover the man beneath the lexical myth: gout-ridden, peevish, myopic, with possible cases of depression, OCD and Tourette’s, Johnson was certainly not an easy man, but he was a fascinating one. Dr Johnson’s Ramble, led by the good Dr himself (or someone very like him) begins in his home just off Fleet Street and takes you through his favourite Georgian haunts as he declaims from his own writings and muses on modern life.

One for building buffs, the Modern Architecture Tour spends more than three hours walking through 30 of London’s modern icons, as well as its lesser-known structures. Spanning the influence of Roman and Georgian London right up to cutting edge buildings like The Shard and the Walkie Talkie, the tour captures the excitement and energy of the city, while posing the fascinating question of ‘what next?’ for the London skyline.

Under London’s pavements, the city hides rivers. These lost waterways, many of which have been co-opted into sewers, have left their traces on the city through their names — Fleet, Tyburn, Walbrook. You can trace these lost rivers and the lost world through which they ran with author Tom Bolton, who gives periodic Lost River tours during summer.

Fox and Squirrel specialise in showing the best of London on foot, but it’s their tour of Brixton’s foodie gems that really gets the mouth watering. Led by a food writer, the tour takes in the area’s food market, which is jam-packed with stalls serving everything from East African coffees, Colombian pork, handmade ice cream, Norfolk cheeses, craft beers, Caribbean sweets and more. You’ll get a seven-course taster menu and insider restaurant tips.

Image Cortesy of Fox and Squirrel | © Stuart Beesley
Give us feedback