Ever wondered why London buses are red, or where the idea for a double-decker originated from? Discover the fascinating history behind the capital’s famous bus fleet.

Resplendent in bright red, the Routemaster bus first appeared on London’s streets in the mid-’50s and quickly became as much a part of the city’s identity as Beefeaters and the Tower of London. For half a century, they lent a certain informality to city life, courtesy of a rear platform that allowed passengers to hop on and off at will. 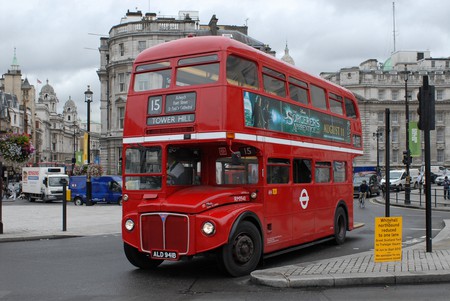 The Routemaster was a cutting-edge design by Douglas Scott, whose only notable prior work was that bastion of the upper-middle class, the AGA cooker. While the Routemaster was for the masses, Scott brought some of this aspirational sensibility to the bus’s design.

The interior was more luxurious than the average family car of the era and it came with all the mod cons – power steering, properly padded seats and decent ventilation. Riding the bus suddenly became special. Passengers were rewarded with unparalleled views of the capital from the top deck, whether passing the roaring lions of Trafalgar Square on Route 9 or taking the scenic Route 15 to capture the majesty of St Paul’s Cathedral. You can still enjoy the 15H ‘heritage route’ today, despite the fact the Routemaster was taken out of service in 2005, almost half a century after its debut in 1956. 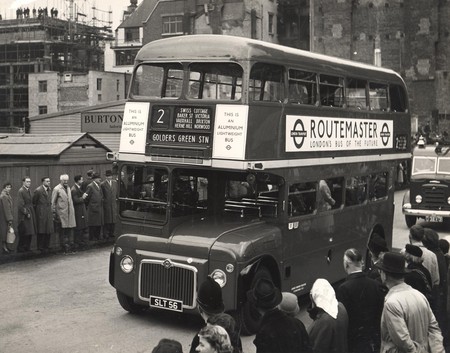 Such was its popularity, though, that the classic Routemaster was given a new ‘London look’ by designer Thomas Heatherwick, famed for his Olympic cauldron design for the 2012 London Games. Unveiled in 2011, it was the first bus designed for London in 50 years, with Heatherwick wanting to reinstate some of the “grandeur” and “dignity” of riding the bus. Heatherwick’s Routemaster paid homage to Scott’s nostalgic hop-on, hop-off platform, and included gleaming wraparound windows and swanky moquette upholstery designed in psychedelic swirls of red and gold. 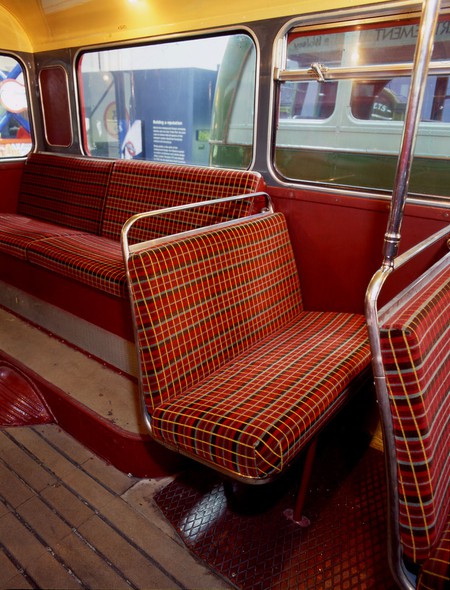 Original moquette fabric for the Routemaster bus, 1961 | © Transport for London

But the double-decker bus wasn’t a London invention. It was stolen from an enterprising Parisian in the 19th century who created a horse-drawn double-decker vehicle then known as an omnibus. Coachbuilder George Shillibeer transported the idea back to the capital in 1829, setting up the first London bus route between Paddington and Bank. Travelling by bus became a social occasion as well as a newfangled way to get from A to B – it was a chance to catch up on the latest gossip. “On smooth roads people frequently get prosy and tell long stories, and even those who don’t talk may have very unpleasant predilections,” said Charles Dickens. 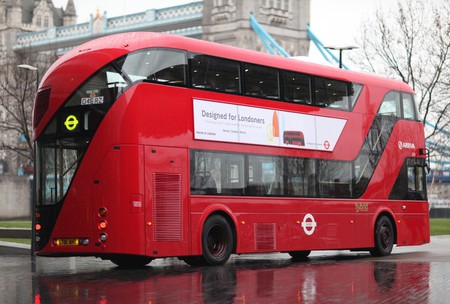 Heatherwick's new design for the Routemaster | © Transport for London

The bus swiftly became the transport mode du jour among Londoners in the 1920s, and with buses in short supply, fierce competition ensued. This led to the largest operator, the London General Omnibus Company, painting their buses the iconic shade of lipstick red in order to stand out from the competition. 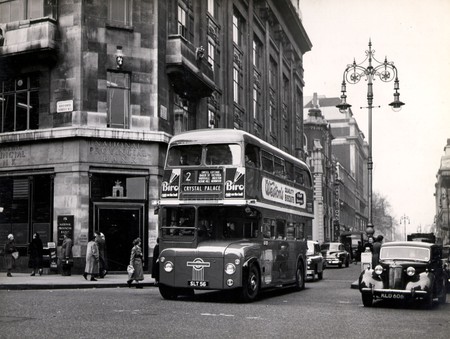 Almost a century later, London crowds are still heavily reliant on the red fleet, with more than 2 billion passengers preferring to ride the bus across the city rather than contend with the confines of the Tube. The London bus continues to have a novelty factor that the Tube will never quite muster: sitting on the top deck of a Routemaster will always be the best way to see the sights of London.