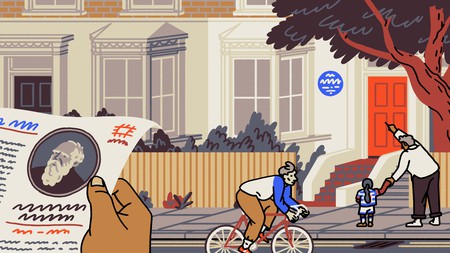 From the ‘Namer of clouds’ to Napoleon III, the Blue Plaque scheme celebrates a diverse mix of London’s famous dwellers and how they shaped British history.

Charlie Chaplin, Freddie Mercury and Virginia Woolf are just a few of the world’s most celebrated figures you’ll find immortalised on commemorative plaques across London. While it’s easy to pass them by, these little blue roundels speak volumes about the capital, heralding it as a unique melting pot of cultures, backgrounds and talent, with each plaque telling a fascinating story.

You can find more than 900 of them in the city, as the blue plaque scheme has been running since the 19th century – the oldest of its kind in the world. The first-ever plaque awarded by the Society of Arts, which originally set up the organisation, was Lord Byron’s at his birthplace – 24 Holles Street in Cavendish Square. 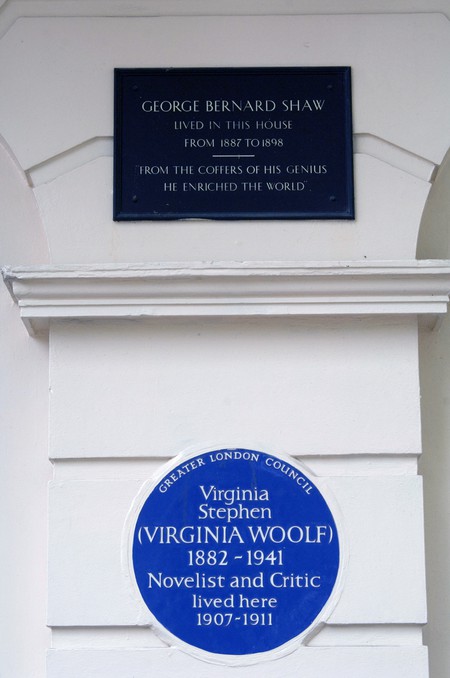 Byron’s house was knocked down only a few decades later, so the oldest surviving plaque is actually Napoleon III’s, which was installed just after Byron’s at 3 King Street in Westminster. It’s also the only plaque to have ever been unveiled while the celebrated personality was still alive.

Both Byron and Napoleon’s plaques bore the recognisable cobalt blue hue, but it wasn’t until much later that this became the standard – 1938 in fact. They’ve come in many guises over the years, ranging from penny-pinching chocolate brown porcelain to extravagant bronze. They’re not always round either. While the 1906 design on slave trade abolitionist William Wilberforce’s home in Battersea is square with an ornate decorative border, art critic John Ruskin’s 1925 plaque was a simple unpainted metal sign nailed to a garden fence. 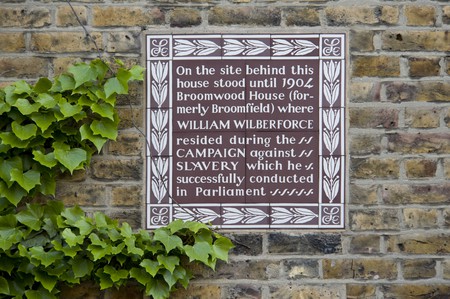 When the London County Council took over from the Society of Arts at the turn of the century, the body began experimenting with plaque designs in order to come up with a universal look. It wasn’t until the late 1930s that the standard modern design was decided upon, which was the creation of an unknown student of the Central School of Arts and Crafts, who was paid just four guineas (less than £5) for their trouble. The fussier decorative elements were dropped and simple, larger lettering was introduced.

Since the 1980s, when English Heritage took on the baton, more than 300 blue ceramic roundels have been handmade by husband-and-wife team Frank and Sue Ashworth in their riverside studio in Cornwall. It’s a painstaking process, with the pair using a special recipe to achieve the signature blue glaze, while the lettering is handpiped. The Ashworths make around 12 plaques a year for the trust – most recently to commemorate Bob Marley and Angela Carter among others for 2019. 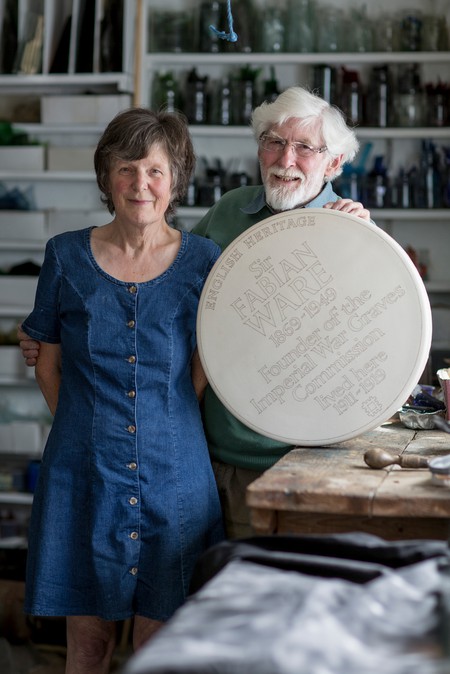 While the scheme is well established, the trust also admits that its female representation is sorely lacking, with just 14% of London’s memorial plates celebrating women. English Heritage has been working hard to rectify this recently with its ‘plaques for women’ campaign, yet it needs the public to nominate more female candidates – only a third of the people put forward are women.

Discover how you can propose a plaque to honour your favourite London luminary here.