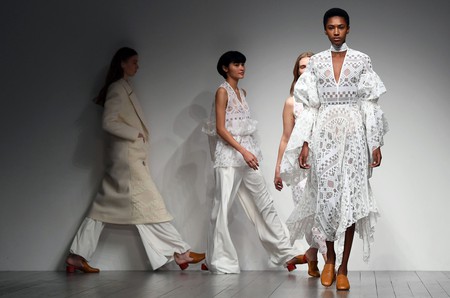 London Fashion Week (LFW) breathes new life onto the runway each season through experimental design and boundary-pushing presentation. Designers at LFW 2018 are reinforcing this reputation as they prioritise diversity among models and take a pioneering approach to casting.

Each fashion week has its hallmark: New York is home to some of the world’s most polished collections, while Milan is famed for its opulence. Parisian labels are traditionally feminine and the new cities to know – Berlin, Copenhagen and Moscow – are raising the bar when it comes to innovation.

London is loved for taking a confident, experimental approach to design and presentation. But now, its designers are breaking fashion week stereotypes by casting a diverse line-up of models.

An all-inclusive approach is one that Emma Quelch, London director at influential agency IMG Models, is noticing now more than ever before. “Each model cast in a show is walking because he or she expresses and represents the brand in human form, both visually and through personality,” says Quelch. It’s IMG who is responsible for Cara Delevingne and Joan Smalls and trusted with casting high-profile LFW shows like Stella McCartney and Alexander McQueen. “This season we have seen an increasing number of requests for a diverse roster of models. Designers have been seeking models who break size, race, gender and age boundaries.” 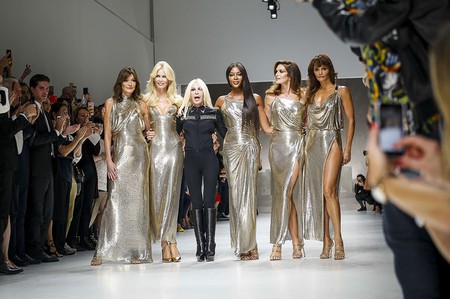 It’s not a new discussion, but the increase in industry awareness could be thanks to major labels like Versace embracing the change. The Italian fashion house’s spring/summer 2018 runway presentation in Milan made headlines when it closed with 1990s supermodels Cindy Crawford, Naomi Campbell, Helena Christensen, Carla Bruni-Sarkozy and Claudia Schiffer. “They are all over 40 and they looked incredible,” says Tamara Cincik, CEO of London-based consultancy Fashion Roundtable. “It felt authentic. I hope we can mix up the [model] messaging to maintain dreams and aspirations but dial down the clichés.” 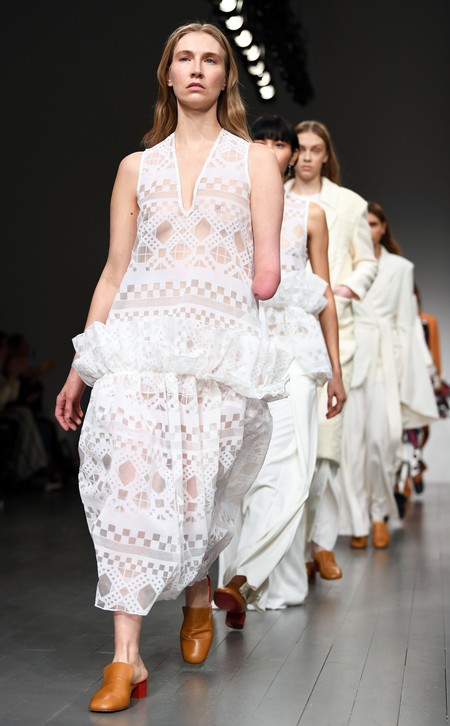 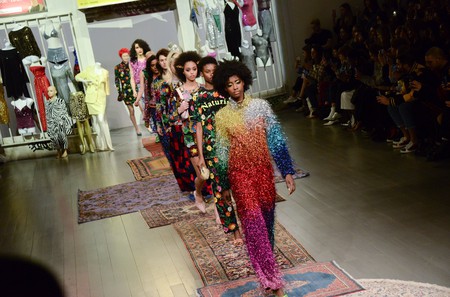 Emerging British labels like Ashish and Teatum Jones have placed an emphasis on all-inclusive model casting since they were both launched. “Teatum Jones features standard models as well as character models of size, age, shape, race and body difference” says fashion commentator Caryn Franklin. “It’s highly influential, it inspires the necessary conversations around positive body image and inclusivity, and it presents a healthy and glamorous vision of what it is to be human.”

The push for diversity also crosses gender lines as increasing numbers of male models are walking in the womenswear-dominated September shows. “The streetwear revival has naturally brought men further into the fashion fold,” says Quelch. “Catwalks are expressing fashion in more gender fluid ways than before and it can only be a positive change. I hope we keep pushing these boundaries.” 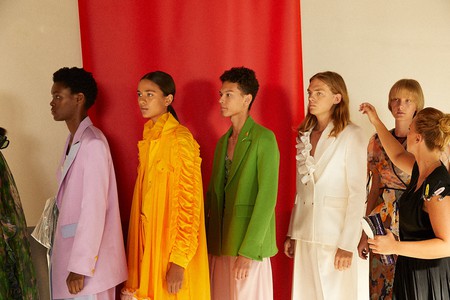 One such designer pushing boundaries is London-based Julie Brøgger, who added male models to the line-up of her debut runway show at Copenhagen Fashion Week spring/summer 2019. “When you put womenswear on a man it’s unexpected and it makes people look at the clothes,” says Brøgger. “The industry still has a long way to go when it comes to diversity – the true sign of reaching the right place will be when there’s no such thing as representing a different skin colour, body type or gender. It shouldn’t be considered a statement.”

Both Tamara Cincik and Caryn Franklin will be talking about body diversity in the fashion industry at the Hox How To event on 12 September 2018.