Cereal is one of the world’s most beloved food items, with national varieties and local favourites in almost every country in the world. Now you can try some of the best at Cereal Killer Café in London. 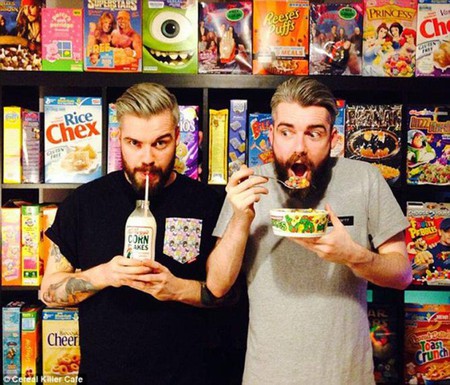 Designed to satisfy any cereal craving, the cafe—opening December 10th, 2014—serves more than 100 cereals from the United States, South Africa, France, Australia, South Korea and the UK combined. You can also choose from 13 varieties of milk and 20 types of toppings.

The cafe’s owners Alan and Gary Keery – who happen to be identical twin brothers – were careful to stock the menu with options for every possible cereal experience. 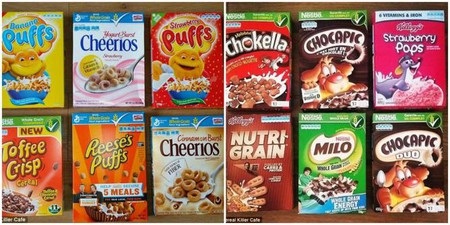 ‘We have normal milk as well as lacto-free milk, oat milk, hazelnut milk and almond milk. There will also be varieties of flavoured milk,’ Gary says. ‘Toppings include Reese’s pieces, M&M’s, frozen marshmallows as well as fruits, seeds and nuts if you want to have something healthy.’

Some of the most exciting varieties on offer are Oreo O’s from South Korea and a berry flavoured cereal with popping candy from the U.S., called Poppin’ Fruity Pebbles.