There can be little doubt that London has well and truly caught the American football bug. Whether you’re a die-hard fan or just wondering what all the fuss is about, we’ve got you covered with our guide to the best pubs and bars in which to catch the next NFL game.

This popular late-night party spot can be found below a St. Christopher’s Inn down Camden High Street, and is one of several Belushi’s in London. With an American feel and a ‘relentless rock’n’roll attitude’, Belushi’s is known for its varied live music and open-mic nights, buckets of beers, burgers galore, sharing dishes of Tex Mex and American diner food and, of course, large screens showing live sports.

When they aren’t making snooker tables, sports manufacturers Riley’s are running their chain of popular bars. Housing 30 large, HD screens in a split-level bar with a 600-person capacity, their Haymarket branch stands out as London’s biggest sports bar. Established in 1848, Riley’s like to refer to themselves as the ‘original sports bar’ – although quite what that entailed in the 19th century is unclear. Inside Riley’s Haymarket there are four separate bars, pool and snooker tables, ping pong tables, dart boards and a restaurant. 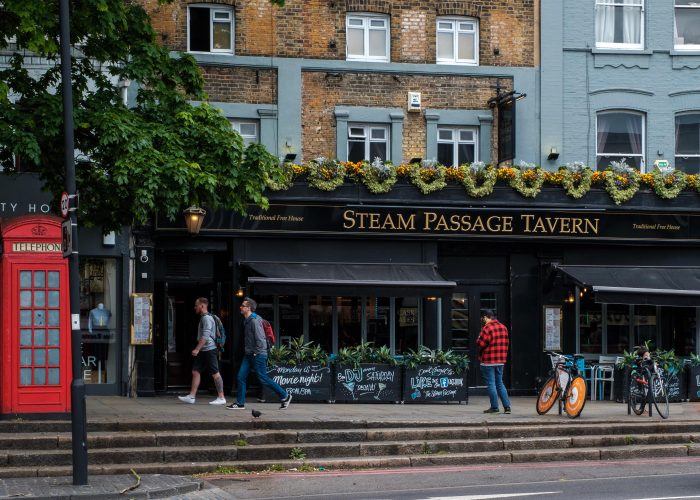 A staple boozer on Angel’s trendy Upper Street, the Steam Passage is a traditional English pub behind a sleek, black exterior. It’s known for simple but delicious pub grub at very reasonable prices – many of the mid-week deals, such as ‘Pie and a Pint’, rival Wetherspoons in cost – and serves a good variety of ales and lagers. A range of sports are shown daily on the pub’s many screens, including NFL Sundays.

A Saturday night hotspot in cities around the country, Aussie-themed bar chain Walkabout is known for its party atmosphere, themed nights, great drink deals and inexpensive food menu. Throughout the week, they also screen live sporting events on plasma screens and a big screen, with Sunday nights dedicated to NFL matches.

Located just seconds away from London Bridge Station, Number One London is a vibrant sports bar and one of the area’s few nightclubs – it’s open until 6am from Thursdays to Sundays. A giant screen and various plasma TVs show live sporting events, while American and English pool tables, ping pong and foosball tables, live music and DJ sets keep revellers entertained. 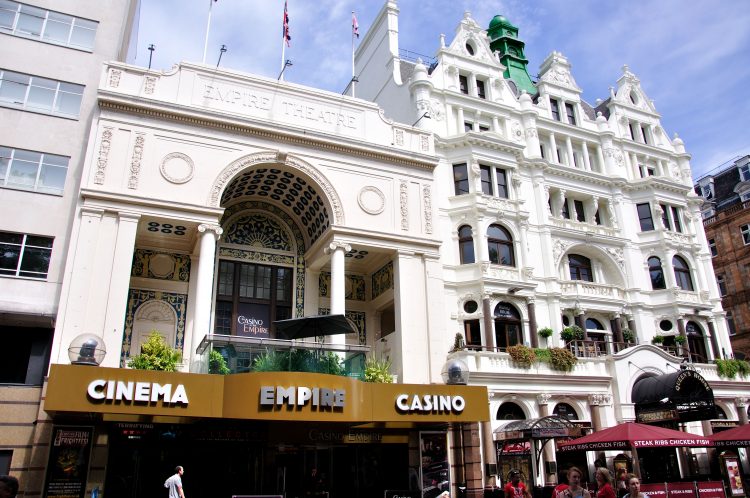 This quirky sports bar in Peckham is probably among London’s smallest, squeezed into a converted shipping container. The personality-filled bar is big on craft beer, with many local options, and boasts ‘the UK’s largest collection of Panini stickers’, which coat the ceiling so as to distract from its low height – at one point they were even accepted as currency. Six Yard Box operates a BYOF policy and screens all the major sporting events, including NFL.