The British Library is home to some of the world’s oldest and most important documents, and it is a symbol of the idea that these items are never merely pieces of paper, parchment, or papyrus. It is already the proud owner of two of the four remaining copies of Magna Carta, and is therefore the perfect place to host this exhibit which showcases this constitutional foundation and historical marvel, making clear its significance without sanctifying it or glossing over its many inherent problems. 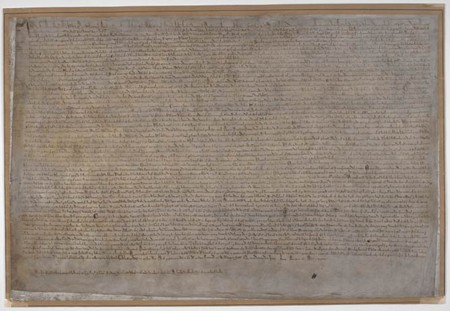 Due to its world-class collection, The British Library is able to put on a comprehensive exhibit about absolutely anything, drawing from its own resources to supplement its main theme. In Magna Carta, the sheer wealth of original treasures, most of which come from the library itself, is astounding. The atmosphere is filled with a sense of awe and importance; one can almost feel the weight of history hanging heavy above their head. 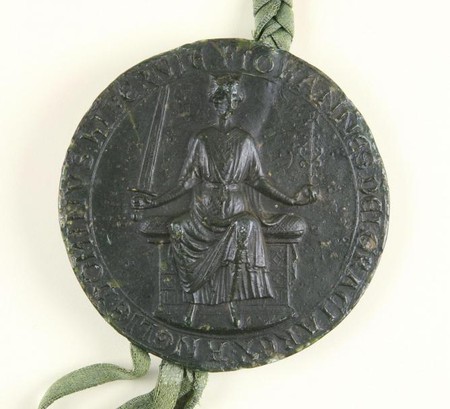 Alan of Tewksbury’s depiction of Thomas Beckett’s murder is the earliest one ever made; Gerald of Wales makes an appearance with his eye-witness account of King John’s campaigns in France; the unique copy of the Article of Barons, the precursor to the great document, is on display, as is the original Papal Bull which annulled Magna Carta a mere 10 weeks after its creation. Its full cycle is placed within a tangible context, from its inception through to its creation, and attempted destruction.

But of course, it was not destroyed, and its effects have permeated and punctuated British and worldwide history to this day. One of the most amazing documents on display is the original will of King John, the earliest existing original royal will. It is a small shred of parchment, so vulnerable looking that it is incomprehensible how it has survived this long. Yet it has; and the words written on these brittle parchments have survived in their legacies as well. 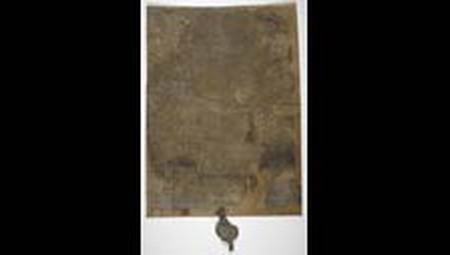 The most amazing thing about Magna Carta is how it has never gone out of style. Many periods of history ebb and flow, if not in their influence then at least in their invocation. But Magna Carta has been consistently appealed to by people throughout the ages. In a very topical instance thanks to the recent BBC adaptation of Wolf Hall, we see Thomas Cromwell’s handwritten to-do list, reminding himself to look up a particular clause of Magna Carta, presumably because Thomas More asserted his innocence against King Henry VIII by calling upon the Magna Carta-given right of the freedom of the church. We see documents pertaining to the trial of King Charles I, with people once again using the charter to hold accountable the arbitrary power of the Crown.

Other highlights include Thomas Jefferson’s personal copy of the United States Declaration of Independence, and the US Bill of Rights, both of which were heavily influenced by Magna Carta. Throughout the 18th century the many medieval versions of Magna Carta were investigated and disentangled, allowing for a clear, cohesive vision of it as a symbol of freedom to emerge. Knowledge of its meaning and significance became more widespread, and where it had once been employed by Parliament to challenge the throne, it was now used even to challenge Parliament.

Throughout the duration of the British Empire Magna Carta was used, and abused, both by colonial powers as well as by those colonised. Imperialists aligned themselves with the glory of the charter, claiming that they were spreading civilization to savage nations, while these so-called savages called on its clauses to claim their rights and freedoms. It was employed by suffragettes when fighting for their voting rights, and by individuals far-flung from England, such as Nelson Mandela. What began as a tool for aristocratic English and French barons to hold on to their wealth became a universal symbol for the freedoms of all humanity. Eleanor Roosevelt famously mused that the Universal Declaration of Human Rights ‘may well become the international Magna Carta of all men everywhere.’ 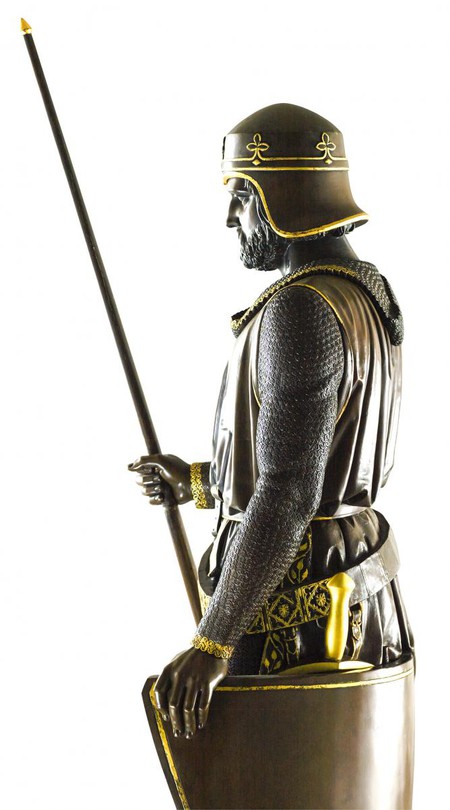 The examples of the breadth of people and situations that have called on Magna Carta throughout the ages are endless, but the information frenzy calms down after 8 rooms. In the ninth, Magna Carta Revealed, everything comes full circle, where, in one dark room, Magna Carta is illuminated, and illuminating. After everything we have seen, read, and learned, it all comes back to its source: these ancient pieces of parchment with the words of rights and freedoms clinging to them. The ink may be faded, but the relevance is not. In seeing these last enduring copies of the original Magna Carta, we see too its enduring spirit. 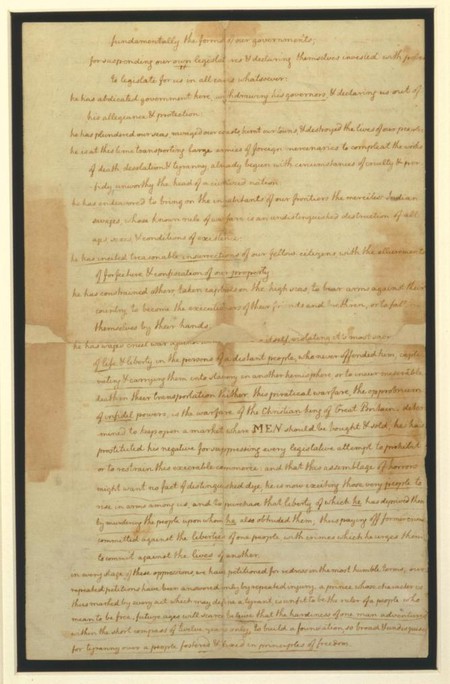