The Best King's Cross Restaurants You Must Try 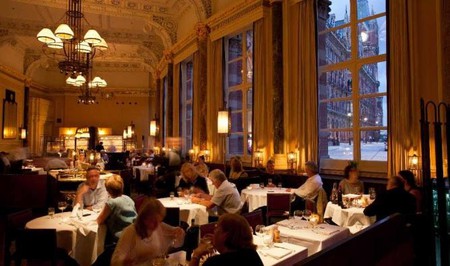 Over the past few years, King’s Cross has been involved in extensive redevelopment plans and has rapidly turned into one of London’s foodie hotspots. Here are the best restaurants in King’s Cross you must eat at.

Camino offers the finest in Spanish cuisine, and the restaurant’s design caters to group dining, making it great for dinner with friends or an after work trip to the bar. Their seasonal tapas from Nacho del Campo boasts the best local and Spanish produce, including an exquisite selection of the best Spanish charcuterie. Unlike many Spanish restaurants, Camino has a variety of dishes for vegetarians, such as the mouth-watering empanadillas. Be sure to try a dish from The Charcoal Grill, which is imported from the Basque country to capture the authentic taste of Northern Spain. With a great choice of refreshing Spanish craft beers, an award-winning wine list and a stunning menu, Camino is the best spot in King’s Cross for a truly Spanish feast.

Located next door to the Grain Store, Caravan boasts an innovative menu that draws influence from food around the world and uses seasonal ingredients. This King’s Cross restaurant has a great selection of small plate dishes, such as coconut lime chicken, and a range of pizzas exclusive to the King’s Cross branch of Caravan including the unconventional moos green pepperoni with burnt pepper, black olive and smoked scamorza. The fabulous food proves that there’s much more to Caravan than its iconic coffee, which is made fresh in the coffee roastery at Caravan’s first site, Exmouth Market. The restaurant overlooks the busy Granary Square, making it perfect for engaging in some people-watching whilst you enjoy a spot of lunch.

Burger | Courtesy of Honest Burgers
Melt-in-the-mouth dishes are on offer at Honest Burgers, inspired by great British produce. The menu is simple but made to a superb standard, and also caters for both vegetarians and coeliacs. Local beer is available, and there is a fantastic atmosphere to accompany everything; small wonder it is considered one of the best burger joints in London.
Open In Google Maps
189 Portobello Road, Notting Hill, London, England, W11 2ED, United Kingdom
+442072294978
Visit Website
Give us feedback 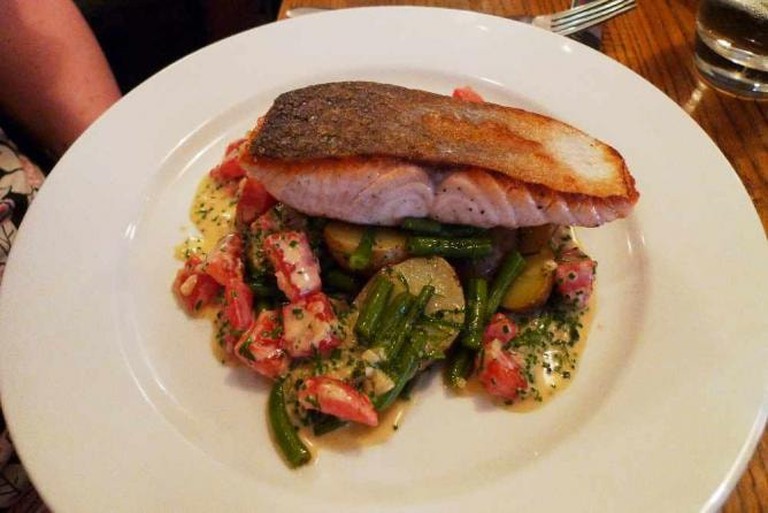 Roast River Tweed Salmon with white wine, cream and tomotes at Vinoteca | © Ewan Munro/ WikiCommons
Book Now
Vinoteca is inspired by the wine bars of Spain and Italy and reflects the relaxed atmosphere of an intimate European tapas bar. The menu, drawing influence from across the Mediterranean, uses fresh British produce, includes delicious cured meats imported straight from Jabugo in Spain and has a sensational wine list. With freshly-baked pastries for breakfast and steamed clams, Newlyn Hake, baby fennel and spinach for dinner, Vinoteca has you covered for the whole day. So whether you’re a wine connoisseur or just looking for a spot to enjoy dinner with friends, Vinoteca is the winery to beat in King’s Cross.
Open In Google Maps
3 King's Boulevard, Kings Cross, London, England, N1C 4BU, United Kingdom
+442037937210
Visit Website
Give us feedback

Dishoom King’s Cross is the third of the Dishoom restaurants across London and by far the most alluring with its spot on resemblance to the old Irani Cafés of 1930s Bombay within a 3-story Victorian warehouse. The menu is filled with the finest in Indian cuisine such as mouthwatering biryanis, delicious curries, fluffy naan breads and Dishoom’s chicken tikka made from their family recipe. The chicken ruby curry, tender chicken served in a fragrant ‘makhani’ sauce, is a match made in heaven with the handkerchief roomali roti. As if the food wasn’t enough, Dishoom’s drinks menu further encapsulates the bustling café scene of Bombay, with its sweet house chai, refreshing lassi drinks and coolers and ‘botal soda’ (soft drinks in glass bottles).
Open In Google Maps
5 Stable Street, Kings Cross, London, England, N1C 4AB, United Kingdom
+442074209321
Visit Website
Visit Facebook page
Give us feedback 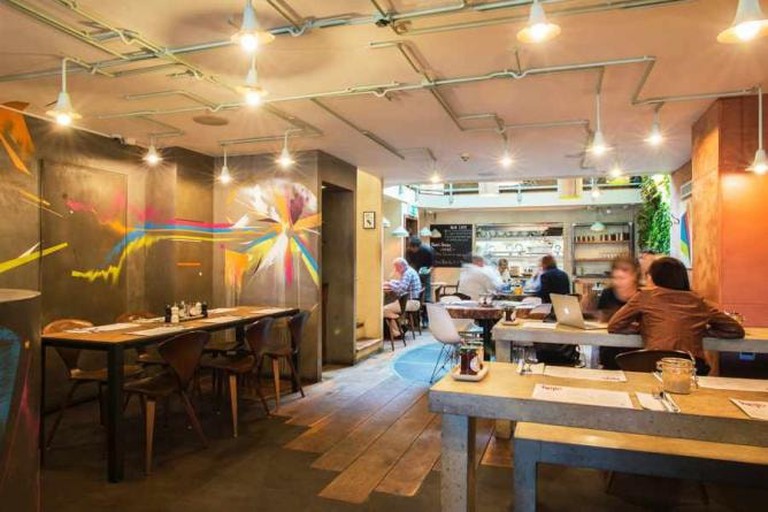 Inside Karpo | © Karpo
Book Now
Karpo is an independent brasserie with an unconventional and fresh menu. The restaurant’s colourful and welcoming interior will brighten any meal, and makes it a great place to catch up with friends any time of day. Karpo have you covered from breakfast, or brunch for those who prefer a late start, to dinner, with winning starters like plum tomato and watermelon gazpacho and mains like roast cod with aubergine and wild garlic pesto. Be sure to treat yourself to dessert, too, with champion options such as the cleansing lime parfait with pistachio.
Open In Google Maps
27 Euston Road, London, England, NW1 2SD, United Kingdom
+442078432221
Visit Website
Give us feedback 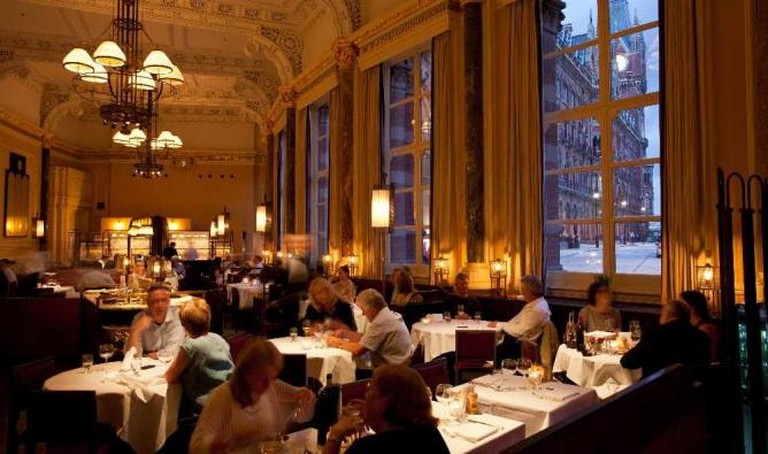 The Gilbert Scott at dusk | © The Gilbert Scott
Book Now
Situated in the St Pancras Renaissance Hotel, The Gilbert Scott has a relaxed, informal setting, despite the Victorian grandeur and wonder in the high ceilings and pillars. The menu celebrates the best of the British, using great British produce and drawing in influences from British tradition and history. They have spectacular takes on traditional dishes like leek and Jersey Royal soup and confit duck leg, plus show-stopping puddings, including winners like chocolate praline tart with vanilla ice cream. The Gilbert Scott offers a sensational dining experience from start to finish.
Open In Google Maps
Euston Road, Kings Cross, London, England, NW1 2AR, United Kingdom
+442072783888
Visit Website
Give us feedback

Looking for places in the area to get a drink? Visit our article on the best pubs and bars in King Cross.