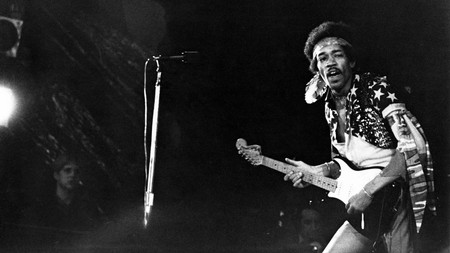 The year 2020 marks 50 years since the death of the greatest electric guitar player ever to hold a plectrum. Here’s Culture Trip’s guide to exploring Jimi Hendrix’s life and legacy in the city that shaped him: London.

There are few artists from any country, in any era, who have managed to encapsulate the mood of a nation like Jimi Hendrix in 1960s America. Born in Seattle, the former-GI-turned-peace campaigner rose to fame as the opposition to the Vietnam War was reaching its peak, and famously set Woodstock alight with his searing version of The Star-Spangled Banner. 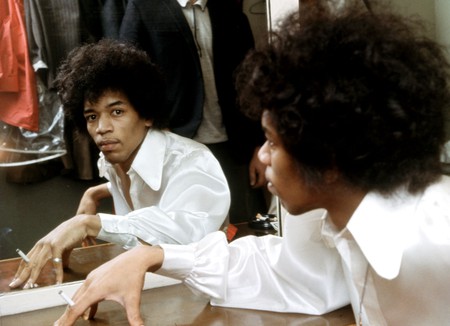 His drug-fuelled death in 1970 seemed to bring the curtain down not just on the decade, but on the whole hippy movement. Spreading organically from California, the ideals and aesthetics the hippies championed had come to define an entire generation. Now the crown prince of peace, love and psychedelia was dead, at the shockingly young age of 27.

The irony is that although Hendrix was arguably the quintessential American artist, he made his name not in New York, Los Angeles or San Francisco, but in London. In the mid-’60s, Hendrix was toiling away on the Greenwich Village club circuit under the name Jimmy James (with his band the Blue Flames), without any great success.

Schooled in the blues but with a style all his own, Hendrix, as his friend Tony Garland told The Observer in 2010, “was too white for black radio” but also, somehow, too black for “white AM radio”. In swinging London, however, the leading lights of the music scene, including The Rolling Stones and Eric Clapton, were obsessed with the blues. So, when Chas Chandler, bassist for The Animals, brought the young guitar maestro over and introduced him to the scene as “Jimi”, he was an instant hit. 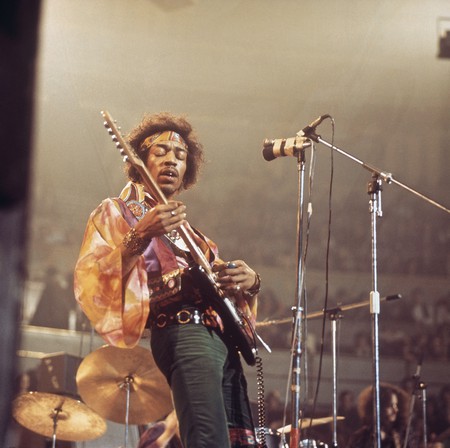 From the day he arrived at Heathrow, in September 1966, to the day he died in the Samarkand Hotel in Notting Hill, almost exactly four years later, Hendrix was a Londoner. It was here that he wrote his most famous songs, recorded the bulk of his three studio albums and earned his reputation as a blistering live performer.

If you want to really understand the music and the genius of James Marshall Hendrix, these are the first places you should visit.

Hendrix’s main home base during his years in London was the flat he shared with his girlfriend Kathy Etchingham at 23 Brook Street, in Mayfair. By coincidence, 200 years before, another impossibly talented, foreign-born musician looking to make his name in London had lived in the same building. It was none other than composer George Frideric Handel.

“When Hendrix found out Handel lived there, he went round to HMV or One Stop Records to get Messiah,” his friend Sarah Bardwell told The Observer. Etchingham remembers him putting the record on and jamming along with it on his guitar.

For years, classical music snobs resisted efforts to put a blue plaque next to the one commemorating Handel on the building, arguing that the 17th-century composer was in a different league. But common sense – and a flood of visiting Hendrix fans – finally prevailed.

In 2016, the guitarist’s flat was restored in period style, and what had previously been known as the Handel House Museum officially became Handel & Hendrix in London. It’s now ground zero for any visiting Hendrix fan, with a wealth of information and objects connected with his life and career. 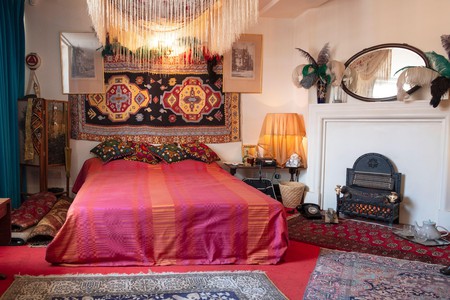 Once a legendary Soho pub known as the Bag O’ Nails, it’s where Hendrix played his earliest gigs in London. His band, The Jimi Hendrix Experience, with Noel Redding on bass and Mitch Mitchell on drums, apparently blew away all comers.

Various Beatles came to see them in their earliest days, and on one occasion, Hendrix’s playing apparently moved the Rolling Stones’ Brian Jones to tears. At the time, the Bag O’ Nails was one of the top rock’n’roll hangouts in London’s most swinging district. Paul McCartney met his wife Linda here, and The Who were regular patrons. However, it was Hendrix’s early gigs that earned the Bag O’ Nails its place in history, complete with a commemorative blue plaque outside the entrance. 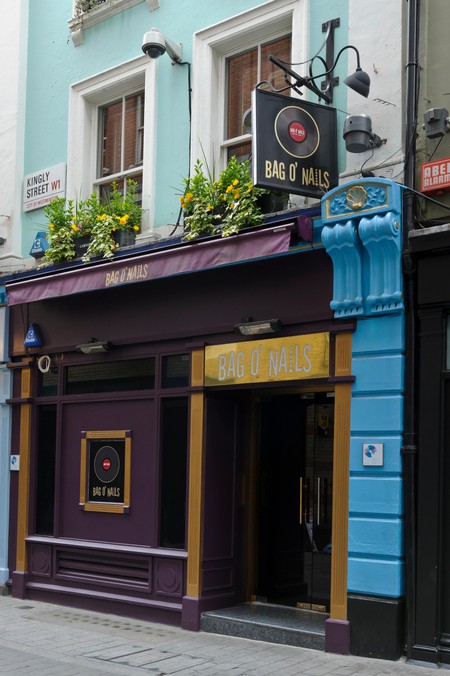 Unfortunately, unless you know someone who’s a member, you can’t get in these days. But it’s worth a visit for the photo outside, and a wander through the nearby streets of Soho, where the whiff of ’60s counterculture still lingers in the air.

This large town-hall-like building on an unassuming suburban high street was one of the best recording studios in London for more than 40 years, between 1967 and 2009. Capable of housing a 70-piece orchestra, it was used by everyone from The Beatles and Elton John to U2. It’s also the place where the bulk of Jimi Hendrix’s studio output was committed to tape. 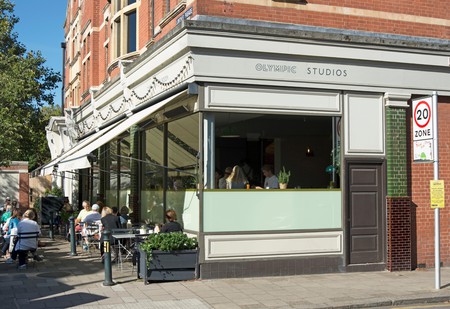 It was here that Purple Haze was recorded, with new guitar-effects pedals that Hendrix had developed with the ex-Ministry of Defence engineer Roger Mayer. He also wrote and recorded his entire second album, including such classics as Little Wing, Castles Made of Sand and If Six Was Nine, in this building.

These days it’s been restored to its original purpose as a cinema and houses an excellent café. There’s still a vibe to it, however, and it’s well worth a visit.

The University of Westminster, then known as the Regent Street Polytechnic, played an outsized role in the history of swinging London. Pink Floyd formed here (Roger Waters and Nick Mason were studying architecture), and several seminal bands played shows in the Portland Hall – a basement venue just off Oxford Circus – including Captain Beefheart, Deep Purple and Peter Green’s Fleetwood Mac. 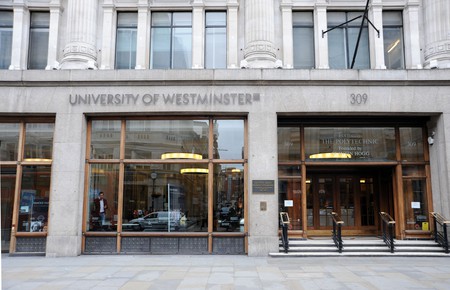 Hendrix showed just how talented he was when he went on stage with Eric Clapton at the Regent Street Polytechnic, today the University of Westminster | | © Simon Dack / Alamy Stock Photo

On one particularly famous occasion, Eric Clapton’s supergroup, Cream, was booked to headline. Clapton at the time was known as “God” among the UK’s blues guitarists, but hearing that Chas Chandler of The Animals had a new protégé in town, he generously invited Jimi Hendrix on stage to jam.

“I remember he plugged into my bass amp,” Jack Bruce, Cream’s bassist, told a documentary crew years later. “He did a version of Killing Floor, and blew us all away. He was some sort of force of nature.” Journalist Keith Altham later recalled seeing Clapton backstage afterwards, furiously puffing on a cigarette and complaining to Chandler, “You never told me he was that fucking good!”

These days the venue is used for university functions, but the legacy of the era lives on in the classic gig posters on the walls of the Little Titchfield Street campus.

The site of his underground gigs: Chislehurst Caves, Bromley

Thanks to antics like his “jam” with Cream, Hendrix wasn’t an underground phenomenon for very long after he arrived in London. But on two separate occasions, he literally went back underground to play gigs in this sprawling, 35km (22mi) network of caves near Bromley in southeast London.

His shows here, in December 1966 and January 1967, were just two in a whole sequence of high-profile concerts on the subterranean stage made of actual rock. Bowie played here four times, while Pink Floyd were there the week before Hendrix. The Yardbirds – that finishing school for many of Britain’s best blues guitarists – also appeared.

Incredibly, the presence of rock’n’roll royalty is just one element of Chislehurst Caves’ fascinating history. Dug out by human hand, they were used as a bomb shelter during World War II, hosting up to 15,000 people a night. Before that, they had been used by the Romans and were supposedly first excavated by druids. Take a lamplit guided tour to get the full lowdown.

Known for years as the Cumberland Hotel, this luxury London property next to Marble Arch has played host to countless rock stars, from Dylan to Madonna. But it’s arguably best known as the place Jimi Hendrix was living when he died – listed on his death certificate as his “normal place of residence”.

Hendrix was in the process of setting up his Electric Lady Studios in New York but had just played a headline set at the era-defining Isle of Wight Festival and returned to London to recuperate and hang out. Visitors can now stay in the room where he lived for those last few weeks. 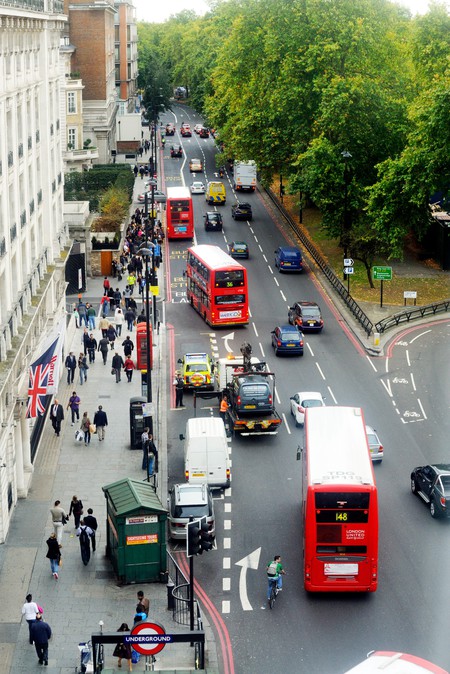 The site of his death: 21-22 Lansdowne Road, Notting Hill

Hendrix spent his last day on earth in London, in the company of a young German figure skater and painter named Monika Dannemann. He wandered around Kensington Market, buying some clothes, made a few calls from his hotel suite at the Cumberland and then went to a party at a friend’s house.

He left sometime around 3am, having taken amphetamines, and headed back to Dannemann’s apartment in what was then the Samarkand Hotel at 21-22 Lansdowne Road. Struggling to sleep, he apparently took nearly 20 times the recommended dose of Dannemann’s Vesperax sleeping pills while she slept next to him. Sometime between 7am and 11am, he choked on his own vomit and stopped breathing. 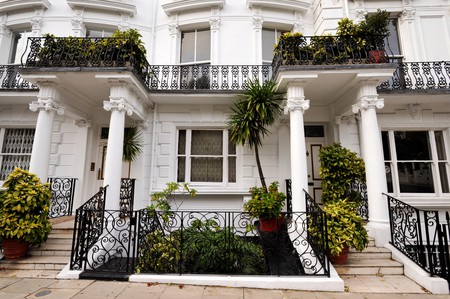 Today, the house is a private residence, with little to suggest that it was ever a hotel or the place where the greatest guitarist of his – or arguably any – generation checked out for good.