Is It True Prince Charles Won't Travel Without His Own Toilet Seat? 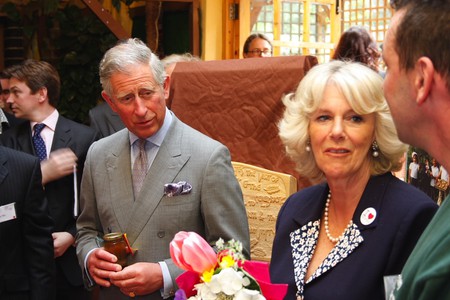 We all know many celebrities are guilty of having outrageous riders, but a recent rumour suggests a certain member of the Royal Family has specific requests when it comes to travelling.

Journalist Tom Bower from the Daily Mail claimed in a recent report that Prince Charles previously requested his entire bedroom set, including his orthopedic bed when visiting a friend in Northern England. What’s more, according to Bower, the monarch-to-be has a separate list of demands for any bathroom he uses during a visit, including his very own toilet seat and his preferred toilet paper. Bower states that if the Prince were to attend a function, a policeman would arrive with a flask containing a pre-mixed martini.

Bower said: ‘This would then be handed over to the host’s butler along with a special glass that Charles insisted on using […] if he was expected to sit for a meal, the host would be informed in advance that an aide would be delivering a bag containing the Prince’s food. This was in complete contrast with the Queen, who always ate what everyone else was having.’

In his report, Bower paints the future king as portraying diva-like antics when it comes to travelling. However, many critics say that these rumours are an attempt to frame the next-in-line to the throne, making him out to be a pampered prince, when in actual fact, this behavior couldn’t be further from the real Prince Charles. 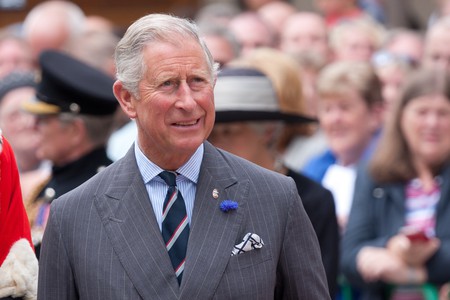 Prince Charles on a trip to Jersey | Commons Wikimedia

Rachel Johnson, a fellow journalist from the Daily Mail, disputed Bower’s claims saying they were sensationalised to make a good story. Johnson said: ‘The toilet seat story has been following him around for years even though it was a joke birthday present from his sister.’

While the thought of Prince Charles bringing his own bed and toilet seat on his travels as well as his own food to a dinner party is rather amusing and something we would all love to be true, it would appear that it sadly isn’t.

Prince Charles isn’t the only member of the Royal Family who has had rumours surrounding their lifestyle. The Duchess of Cambridge and the Queen are frequently in the headlines for their personal preferences, especially when it comes to food and clothes. However, it seems while we’d love stories about the Royal Family to be true, many of them are sensationalised, much like Bower’s, for newsworthy headlines.