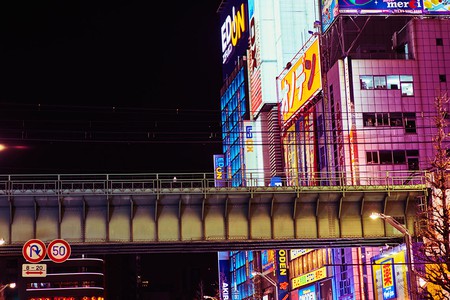 Wundor Editions launched late last year with the ambition to publish an eclectic mix of literary fiction, poetry, and photography works. With the release of two collections this month, we invited founder Matthew Smith to take us through Wundor’s exciting plans. 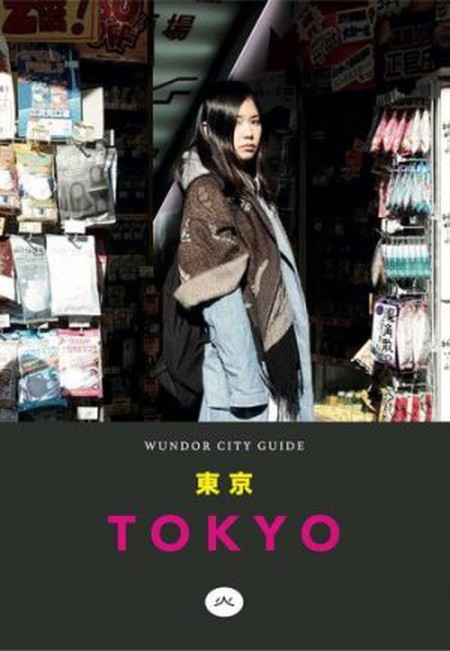 It’s not often you encounter a publisher whose books seem definitely modern in design, but Wundor is one of them. Their debut release, a beautiful (and incredibly helpful) Tokyo travel guide—the first in their city guide series—manages to combine the feel and aesthetic of a high-end art magazine with literary travel writing, and a bevy of hyper-local tips. Their recent publications, the poetry collections Wolfe and Other Poems by Donald Mace Williams and Cane by Sam Bully-Thomas, likewise join ambitious writing with impressively sleek covers. It should, after all, be no surprise that a publisher aiming to carry both visual and literary works would somehow bridge the gap between the two.

I met Matthew Smith recently at Wundor’s week-long pop-up store in a Bethnal Green gallery. In addition to being behind an exciting new publishing house, Smith is also a poet, novelist, and photographer, as well as the co-founder of a successful tutoring agency, a wide range of activities which surely informs his work at Wundor. 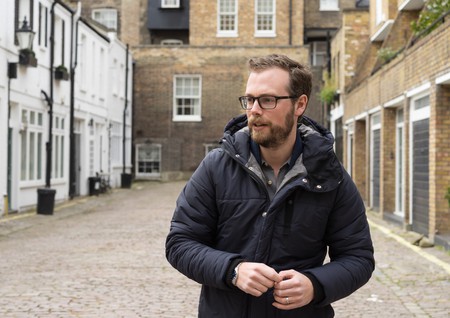 Culture Trip: What made you start a publishing house like Wundor?

Matthew Smith: I always liked the idea of combining a literary publisher with one that publishes visual work, and that has a strong design element to it. I think that was always my dual interest—I love writing and love creating visual. My dad is an abstract painter and also a big reader. I was brought up in that environment, and encouraged to read, write, paint, all of these things—so it came from me, but it also came from him. I think in general there’s a wrong sense that you can only be one type of person: you’re a literary person or a visual person or whatever. And I never really thought you had to choose.

CT: You have published—or are planning on publishing—so many different types of books. How do you combine them all?

MS: The aim for the first year is to do two novels, four collections of poems, and three travel guides. Photography books are something we want to do in the future—hopefully next year. But I think sort of limiting it to eight or nine books in the first year meant that we could explore the literary and the travel angles, with the visual stuff really coming in through travel for now. So we’re sort of staggering into it a bit like that… 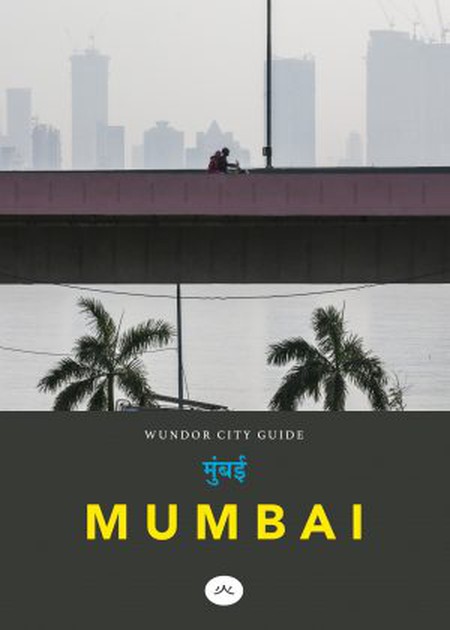 CT: What was the idea behind making a city guide series?

MS: It began with the idea of making a book that gives you the sense of having traveled as you read it, as all good travel writing does. There has recently been in publishing a little surge of new printed travel guides—which I thought was great—but I wondered if they could also be made with an element of, sort of, really taking you into the grain of the city.

We use a bit of a slogan, “new urban adventures”, which is basically to cater for people who want to visit a city, but don’t just want to experience its “lifestyle magazine” options. They want to dig to the culture of it. And while our guides do cater a bit to those things—because everybody likes that side of it—they also take you to the backstreets, inspire you to wander around and have your own adventure in that city. You know, journeying to parts of a place that you might not otherwise hear about: coffee shops that have real character; restaurants that might not seem to be photogenic in a really glossy magazine sort of way, but are definitely worth the experience.

CT: So against the more familiar experiences usually publicised by travel publications?

MS: Yeah exactly, that’s it. We want something that really gives you a sense that you’ve broken through that sort of glass wall—you’ve dipped into the culture properly. And I think that’s what always makes a memorable trip: it could even be just being a bit drunk in a bar and chatting to some locals. Those moments sort of make the trip and I think hopefully with the guides people will feel like they’ve got all those inspiring things to do there. Even if they just take a camera themselves, as they might not normally have done, and take some photos for fun. There are ways to “break” into a place and it’s supposed to almost be like a handbook for how to do that.

CT: Though obviously writing is a big part of the guides, so are visuals, and in particular, photography. What kind photography do you look for?

MS: A lot of it was about saying “don’t be afraid to put in a shot of the city in the rain”—do you know what I mean? For example, in the Mumbai guide there are shots of scenes with beggars, which is an intractable problem for the city, and we didn’t want to airbrush it.

You know some guides are just trying to present to you the kind of city you already know from your own city: the exact minimalist coffee bar, and the exact clothing store which could be in Tokyo or San Francisco or all over London. That’s all great, and there is a bit of that in there, but there’s also a lot of other stuff. Different angles, aspects of the place you don’t normally see. And I think it’s what will make people hopefully engage with it. 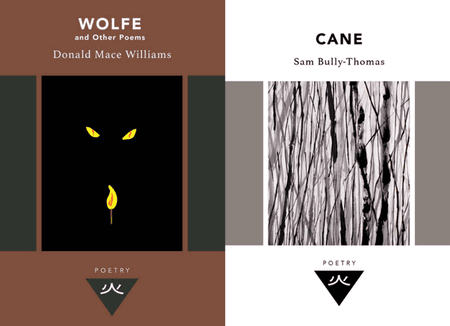 CT: What kind of poetry are you interested in publishing?

MS: It’s really open in terms of styles and types, just as long as it inspires us, and has a unique voice. I think that for us it’s a good thing not to be too prescriptive—with fiction I would say it’s all literary fiction but with poetry, it’s more open.

CT: Tell me a little about the two collections you’ve just published.

MS: Those are two very different poets, with different styles. Donald is an 88-year-old Texan poet who sent us this wonderful email mentioning that he’d written, a few years ago, a retelling of Beowulf set in 19th-century Texas. That just made me want to read it [laughs]. He wrote it in the original meter and it’s absolutely phenomenal—deeply atmospheric and rich in imagery. It’s not often that you get an instance of strong storytelling through poetry, but I think he’s really achieved that. And the book is, to be honest, his life’s work, because we’ve got a lot of his other shorter poems in there.

And Sam also submitted out of the blue. She has been published in a wide range of journals, and was sort of mentored by the late Derek Walcott. It’s her debut collection, inspired by the journey of sugar.

CT: As in actual sugar cane?

MS: Yes: how it joined different cultures together, and how they clashed. But to me it’s not just defined by that—there are a lot of quite strange, quite inspiring poems based in modern America, and sugar is the image that keeps recurring throughout. 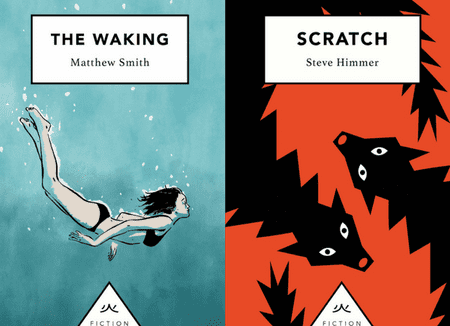 The covers for The Waking and Scratch | Courtesy of Wundor

CT: What kind of fiction are you interested in publishing?

MS: Well our first novel is called Scratch and is available to pre-order at the moment. The author is Steve Himmer, and it was originally released by a small Chicago publisher called Curbside Splendor in Chicago. It’s a really interesting story, about a guy who lives in a caravan in a forest in America and wants to set up these small houses in the area. Gradually he’s visited by a shapeshifter from the forest, which takes the form of a wild dog; the identity of the shapeshifter is increasingly brought into question, as are his designs on the life of the protagonist. It’s very amusing, but it has that sense of storytelling at the heart of it. On the fiction side of things we really put storytelling at the heart of it. It has to be a fantastic story or I’m not that interested in it.

CT: And you’re also putting out your own novel in the coming months?

MS: Yes: we’re going to do a launch in September, at Daunt Books in Hampstead. The novel is called The Waking, and it’s been a book that I’ve been working on for quite a while. It’s partly set around Belsize Park, as well as around Florence and West London.

It’s sort of a literary mystery, I would say, about a young woman called Isabelle whose mother was a Plath-like figure—a world-renowned writer with a self-destructive side—who passed away in quite ambiguous circumstances. One day she’s visited by another young woman called Imogen, who’s doing a PHD on her mother’s work, and wants to get to know Isabelle and understand more about her mother. From there the mystery develops gradually, revolving around what happened with her mother, and who exactly Imogen is and what she wants from this girl.