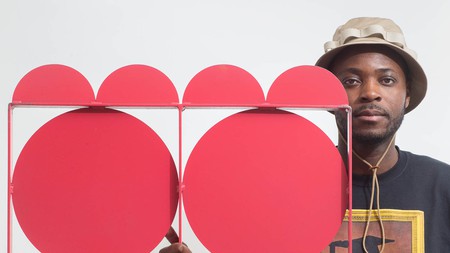 Designer Yinka Ilori is known for his statement chairs, but this summer he’s applying the bold prints of his trademark furniture to the streets of London. He reveals how embracing his British and Nigerian heritage helps keep his art personal, even as it goes very, very public. 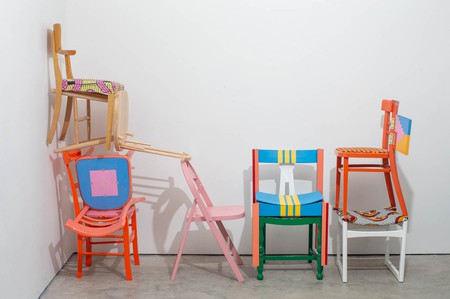 “There is no point in creating work that people can’t connect with,” says London-based designer Yinka Ilori. “I’m a private person, and I express my personal thoughts and ideas mainly through my work.” The result is arresting; Ilori’s designs, be they for furniture or architecture, are graphic, eye-catching colour explosions, part of a larger narrative that connects his London upbringing with his Nigerian heritage. His thoughtful pieces often bridge the gap between the two places, in ways that put a twist on tradition. 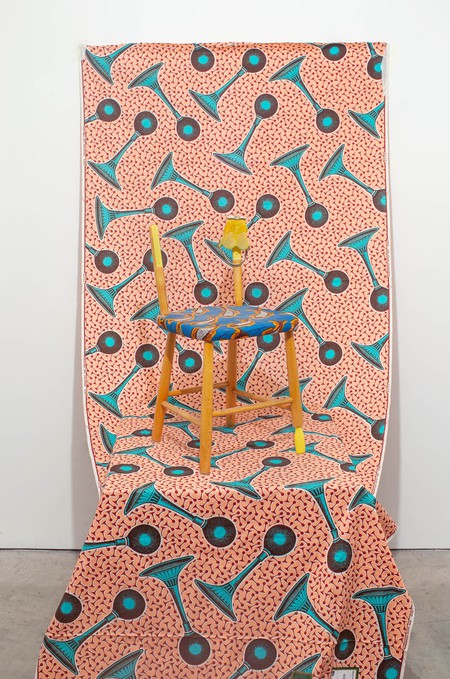 ‘Stone Should Not Be Thrown At A Bird That Wants To Fly Away’, March 2014 | © Matthew Donaldson / Culture Trip

After finishing university in 2009 and a stint with designer Lee Broom, Ilori started his own company with a £3,000 loan from The Prince’s Trust. “The reason I wanted to do my own thing was that I didn’t feel like there was a lot of my culture in my work; I thought you had to design in a certain way to fit in. But then I went away and thought: ‘This is who I am, and I should celebrate it.’ So I went back to the drawing board and worked out how to bring my two cultures into my work.”

Ilori draws on the vibrant, life-affirming colours that surrounded him as a child to inform his work. Growing up, it was mostly fashion that left an imprint on him. 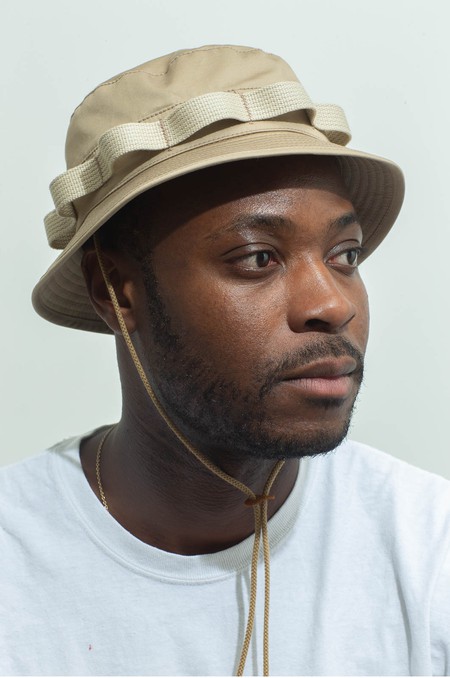 “Nigerians love to express their culture through what they’re wearing,” he says. “I’ve taken elements of that colour intricacy from not just my mum but my grandmothers, my cousins and other people around me.” His surroundings in London also played a big part. “We’d go to Ridley Road Market to buy fish, plantain, chicken. There was so much amazing music and a mix of people from all cultures. For me, Dalston is a place I’ll always be inspired by – there’s always things happening.” 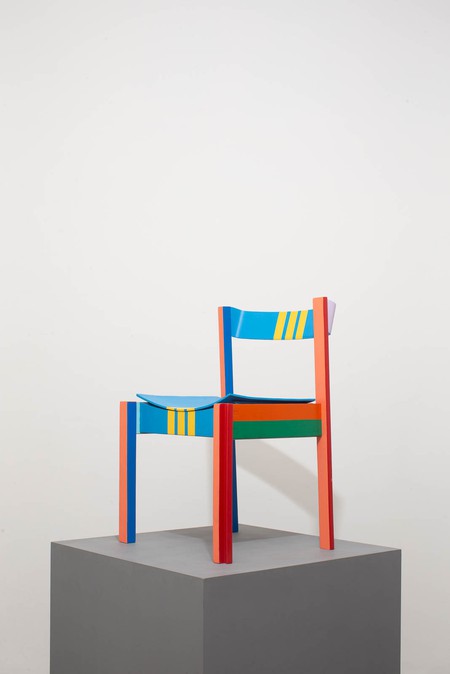 Since his debut collection, which consisted of three chairs, Ilori has branched out significantly. Though chairs are still his first love, he is poised to move his designs firmly into the public sphere. For starters, his Happy Street project for Wandsworth Council and the London Festival of Architecture is transforming a drab railway underpass in the South London borough into a riot of colour. 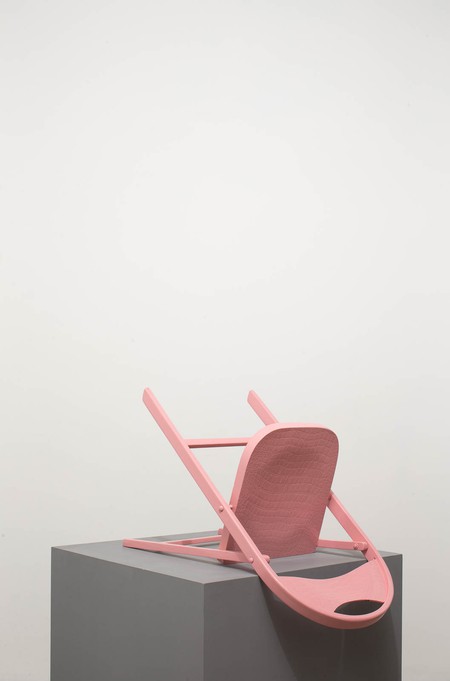 The idea for the tunnel came from an unexpected place: a tabloid article about how enthusiasm and excitement promote good health. “I started thinking about how I could use colour to represent those feelings,” Ilori explains. His proposal was put to and won a public vote in the area.

He then worked with architects Red Deer to bring it to life. “I wanted people to be involved in the process, so that when they walk past they’ll think: ‘Oh, I voted for that; I was part of it.’” This interest in how his work is perceived comes, he says, from his experience of growing up on a council estate, where things like playgrounds would fall into disrepair and there was a feeling that the council didn’t care. “I didn’t want that; I wanted to give people the best materials, the best colours.” 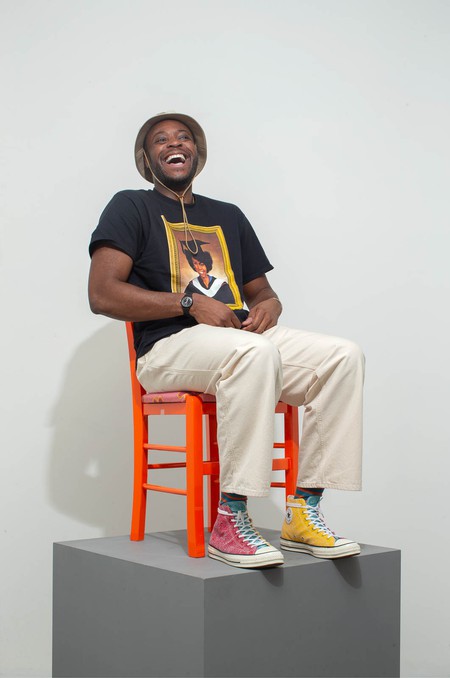 As well as the underpass, Ilori’s electrifying Dulwich Pavilion, Colour Palace, which he made with architecture practice Pricegore, will go up this summer. The technicolour construction was inspired by Sir John Soane and by a market seller at Balogun Market, Lagos, who had created a sort of cave out of his colourful Dutch wax prints. ”When you’re in that market, you’re going so quickly that you just see flashes of colour. I wanted to re-create that when creating Colour Palace.”

With these two projects in his pocket, Ilori was a natural choice to create the exhibition design for Somerset House’s big summer exhibition, Get Up, Stand Up Now, which celebrates the past 50 years of black creativity in Britain and beyond. “It’s massive – 14 rooms – curated by Zak Ové and featuring artists like Yinka Shonibare. These are iconic, respected artists that we get to design the space for, and you don’t want to mess up. If you do, it’s on you,” he says. It’s perhaps Ilori’s most significant project yet. “To me, this is history. I’m part of a show that I think will be the show of the summer. I saw Zak Ové’s work at the 1-54 Contemporary African Art Fair a few years ago and I remember being blown away. The fact that I got to work with him on this was just amazing,” he says. 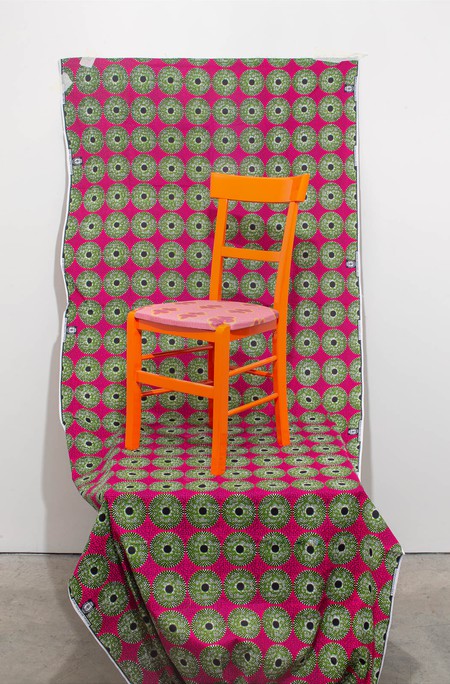 Ilori’s career may have taken off, but his goal is still the same as when he started out: to create beautiful work that represents him. “You can never run away from your identity or your culture. You are who you are, and you need to learn to celebrate it. It’s what I’m trying to do in my work, and whether people call it African art or British art… whatever they want to call it is fine, as long as I deliver what I think is good work.”