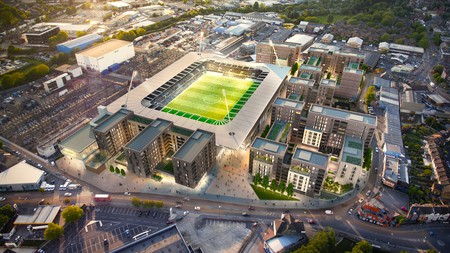 There’s a new wave of affordable housing being built at some of London’s most iconic football stadiums, so whether your goal is to live closer to the action, or you want a prime location for a price that’s not out of your league, here are the new developments you need to watch.

From the transformation of Tottenham Hotspur’s ground to The Bees’ new stadium in Brentford, there’s a trend kicking off where football clubs across London are converting old grounds into much-needed housing, or building new residential properties as part of shiny new stadium developments. 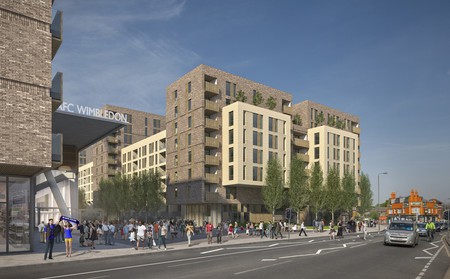 The latest project to be announced is the transformation of the old Wimbledon Greyhound Stadium, where the historic 12-acre site of Plough Lane will provide 604 homes, as well as a new 10,000-seater stadium for AFC Wimbledon, who will finally return to the area that they left in 1991. The first phase includes 114 apartments at Stadia Three by Galliard Homes, which are now on sale, with prices starting from £425,000 for a generous 52-square-metre one-bed flat. All the properties will have their own balcony, while an on-trend mix of marble bathrooms, wooden floors and muted grey kitchens run throughout the three seven-storey blocks. 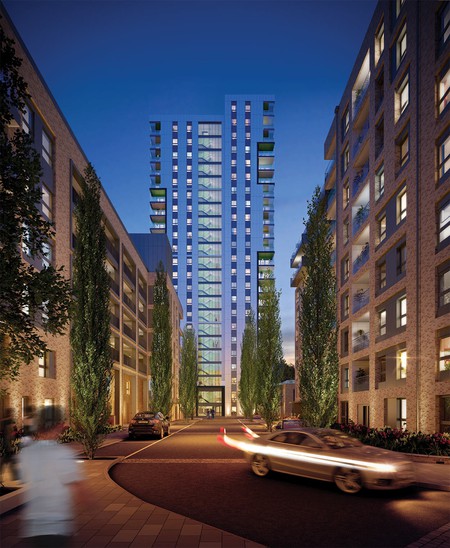 The new stadium at White Hart Lane designed by Populous is due for completion in autumn 2018, and in addition to the 60,000-seater Tottenham Hotspur arena there will be 585 new on-site flats. Meanwhile, Newlon Housing Trust has created 222 affordable homes called Rivers Apartments as part of the major sports-led regeneration project, which also includes a new college specialising in sports science. The homes are available for immediate rent and shared ownership, costing from £220,000 for a one-bed flat. The ground floors of the three low-rise blocks will provide space for Tottenham-based start-up businesses. 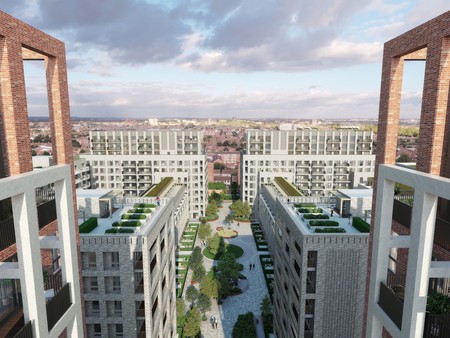 Upton Gardens will be built directly on top of West Ham United’s former ground and follows the footprint of the original stadium, with the pitch’s former centre circle at the heart of the development’s tree-lined walkway, not dissimilar to the apartments that replaced Highbury, Arsenal’s former home. West Ham have moved to the now-London Stadium, leaving the historic Boleyn Ground free to be developed into 842 new one-bedroom to four-bedroom homes by Barratt Homes. Prices in the latest phase range from £349,990 to £514,990 for one- to three-bed flats. 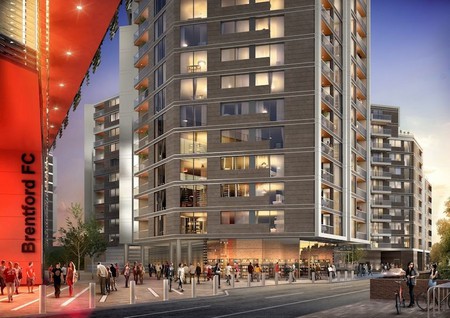 There’s plenty going on around Brentford’s old and new stadiums. The club will be relocating from Griffin Park during the 2019/2020 season to a new 17,250-seater stadium near Kew Bridge. In addition, 910 homes will be built on a 10-acre site just five minutes away from Kew Bridge station. The development, called Prime Place, Kew Bridge, will be a mix of hotel-style one-, two- and three-bed apartments, which will include private landscaped gardens, cinema, gym, dining room and library. In addition, 75 two- to five-bed homes will be built on the old ground, which will include a memorial garden to celebrate the football club’s history. 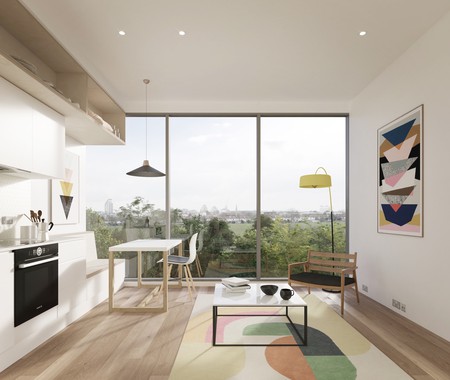 Also just a few minutes away from the new stadium is Apt Living’s scheme by MSMR Architects. The Gunnersbury Park development is ideal for those looking for a thoughtfully designed and spacious first home that boasts three-metre high ceilings, floor-to-ceiling windows with views over the park and clever multifunctional furniture that makes the most of the space. Average prices are 44 percent lower than the average price paid in neighbouring W3 (£616,060), with apartments available from £270,000. It’s not just the stadium that’s getting an overhaul – Gunnersbury Park is being restored and improved, including the museum and a £13.9 million sports hub. 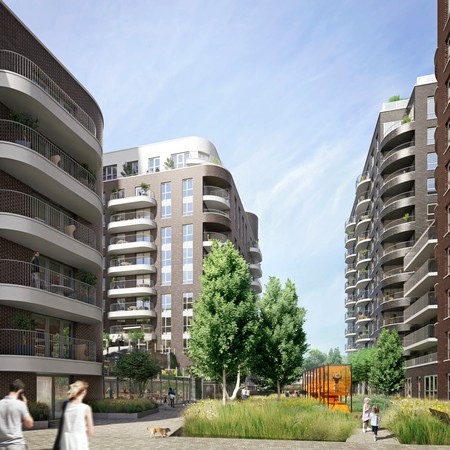 Championship football club Queens Park Rangers (QPR) have teamed up with Genesis Housing Association in a £175 million scheme to create 605 new homes at Old Oak Common, 40 percent of which will be affordable. The mixed tenure development, near the Grand Union Canal in Willesden, is due to be completed in 2020. It’s part of the UK’s largest regeneration scheme, with the idea being to transform this area of West London in a similar way that the Olympic Park did for East London. In total, 25,500 new homes and 65,000 new jobs will be created over the next 30-40 years and it will have a Crossrail-H2 transport hub bigger than Waterloo station.

Read our architectural guide to the World Cup stadiums and find out why London has become the football capital of the world.