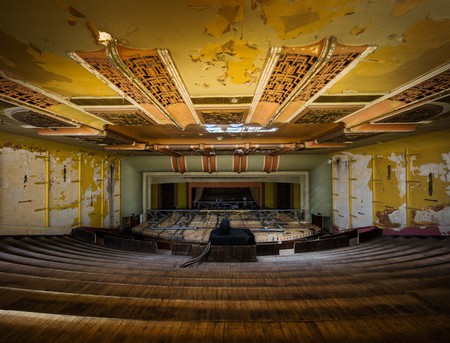 The old cinema before the renovation | © Luke Hayes

A disused cinema, which has lay empty for the past 30 years, is being transformed into a new arts centre, which will open its doors this autumn.

Once a beautiful Art Deco building, the former Savoy Cinema in Dalston has lay derelict for the past 30 years.

But the once disused venue will be home again to a thriving cultural hub after a £3 million makeover led by the team behind Shoreditch venue Village Underground.

Evolutionary Arts Hackney (EartH) is a new arts and music venue that will be opening its doors this September.

Its autumn programme is already shaping up to be a killer line-up. Ethiopian musician Mulatu Astatke, known as the father of Ethio-jazz, will be playing on 16 September.

Singer-songwriter Lianne La Havas will perform an intimate concert on the 18th – her first headline show in London in two years.

Pavement singer Stephen Malkmus will be playing a solo gig on 24 October, while Fatoumata Diawara, a rising star in African music who collaborated with Disclosure on ‘Ultimatum’, will be appearing on 20 November. 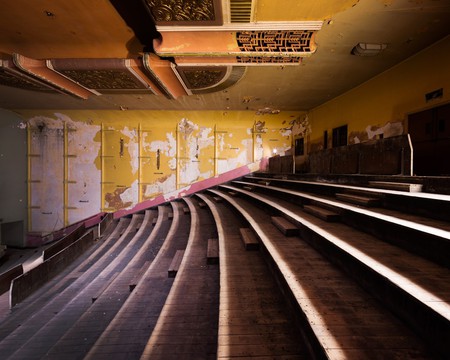 The venue has been given a £3 million makeover | © Luke Hayes

Culture Trip: Why did you decide this building would be a good space for the centre?
Dan Monsell: Being a former cinema, cultural centre and a pool hall, the building has always been a really important place in the area for people to congregate. What we’re really excited about is taking the building into its next phase and doing something really ambitious and new with it, and hopefully providing an important hub for the area.

CT: Why does Hackney need a new arts centre?
DM: The area in Dalston particularly has had lots of smaller spaces, but Hackney, East London and London as a whole really need new venues at the size we are. With venues closing down in the city too, it’s just an exciting and positive experience to open something new and try and bring new events to London.

CT: What will the centre contribute to the area?
DM: With the building having a great café/restaurant/bar open all day and varied events most nights of the week, we’re hopeful it not only provides really important programming and a centre for the local area to congregate in the day and evenings, but also brings people to the area.

CT: How long has it taken to transform the space?
DM: We’ve been working away physically since the beginning of this year on the re-fit. However, it has also been years for us all involved, planning and working up to do something like this in the building.

CT: What was the ethos behind the programming?
DM: We’re focussed on being broad, global, open and rooted in the highest quality artistic pursuit. Our hope is we can look to bring together both the leading, rising and most important talents of all fields under one roof. To provide a vital new home for this in London, for people of all different ages.

It’s also exciting for us as programmers as we’ll look to prioritise artists, individuals and groups who attempt to innovate, progress and collaborate to push creativity forwards.

CT: How will you engage young people through your partnership with Community Music?
DM: Community Music will have a constant fixed presence in the building, meaning that they will have access to both a fixed studio space, and access to all of the venue set-up technically and physically to learn and hone their developing craft.

It’s crucial for us that we use this as a way for young people to learn and be mentored in the music and entertainment industry by having access to first-hand experience.

CT: Who on the programme are you most excited to be seeing?
DM: So much already. I can’t wait to watch an Ethiopian jazz legend like Mulatu Astatke, or one of the best voices in African music Fatou Diawara in the theatre, or see an important homegrown new talent like Lianne La Havas play her first headline show in a couple years in London.

Whether it’s comedy from James Acaster, the 5×15 talks event or a rock show from New York band Sunflower Bean, each night looks set to be a blast of different, varied fun.

For more information about EartH and to book tickets, visit earthackney.co.uk.