In spite of a cool reputation in the city, Walthamstow isn’t known as a must-visit destination when coming to London, but discerning denim lovers would do well to make the pilgrimage to near the end of the Victoria line. You won’t be disappointed.

As you walk down a long, largely residential road from the tube station, the presence of Blackhorse Lane Ateliers is denoted by an unpretentious sign outside, and a couple of wisened men smoking on a small wooden bench. Neither signifies the exciting activity happening inside; if you’re looking for a perfectly cut pair of jeans this is the only place to be.

Opened by Bilgehan ‘Han’ Ates in early 2016, Blackhorse Lane Ateliers is a local denim factory with global ambitions – though not in the way you might expect. The first thing that strikes me is that Han looks magnificent. He’s wearing a mid-length indigo jacket with brass rivets, paired with perfectly fitting jeans and black leather lace-ups – and he has a captivating twinkle in his eye. The argument for good tailoring, I realise instantaneously, is self evident. I shift uneasily in my badly fitted high-street jeans and hope he won’t judge me too much. 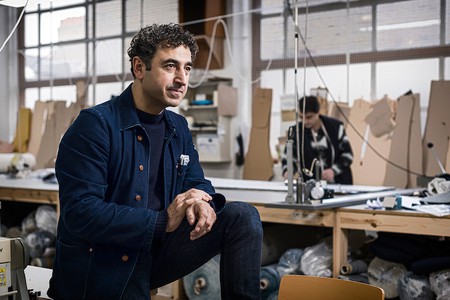 A portrait of Han | Courtesy of Blackhorse Lane Ateliers

Over a cup of green tea – the gunpowder balls, not the crappy teabag kind, obviously – Han discusses the enterprise passionately, waxing lyrical about the power of denim (though I’ve never needed convincing), and looping back to his core messages of community, the environment and craftsmanship.

23 years ago Han was running a successful factory in north London, employing almost 100 people and producing womenswear garments for leading high street stores. In a way the victim of his own success – the demands from these brands for cheaper production costs saw Han move his factory, first to Turkey, then to China. When they asked him to move out to Vietnam, Han decided to quit the business. He moved back to London and opened a new restaurant, Homa, in Stoke Newington. What was clear about the restaurant venture Han says, was the positive effect that local business can have on the community, and how much he enjoyed being a leader in that community. However he missed the physical connection with raw materials – chefs being the main creatives in the kitchen – the transition of idea through the brain to the material, and into object. 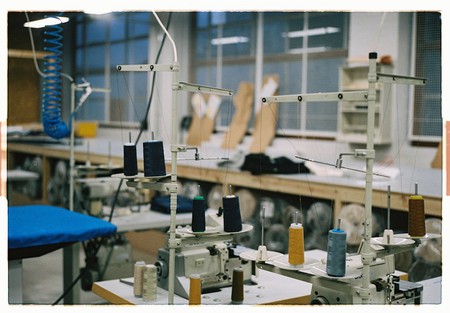 So he went back to Walthamstow and opened the factory that I’m standing in today. When he advertised for machinist employees 23 years ago, there were nearly 100 people who responded, this time around there was less than 10 – an evident manifestation of the loss of this kind of expertise in London. It’s a small, family style business, with an emphasis is on slow, deliberate work. Denim is sourced from Japan, Turkey, Italy, US and the UK, and ordered on a scale which takes in cost, quality and its environmental impact. Turkish denim wins, Han explains to me. But, the brand’s product manager David adds, ‘denim heads’ will only buy Japanese. It’s just one of the many perceptions Blackhorse Lane Atelier are attempting to change.

Launching a label always poses challenges, and building a brand built based on good ethics is especially difficult. The key is, of course, sales, but Han is eager to stress that they’re not interested in becoming denim moguls. They want to foster community – and it’s working, almost 40% of their existing customers come from the local area in E17. ‘All this project, the whole idea is connecting with London.’

They’ve adopted a creative approach to community building, one that ranges from establishing a dynamic restaurant with a renowned chef in one of the spaces, and planting indigo seeds in their allotment to make their own dye, and running workshops for people to make their own jeans. ‘What we want to achieve is to connect people.’ Han says. When designers come in to learn how to make jeans for themselves, he doesn’t see it as competition. ‘I love it.’ He says: ‘If we become a centre for good denim makers, we will get more customers. We are connecting industry with makers: let’s do something together, let’s create a movement together,’ says Han. If (or when) they find themselves in a position where demand outweighs capabilities they’d rather open up replica local-models than keep expanding in the UK. 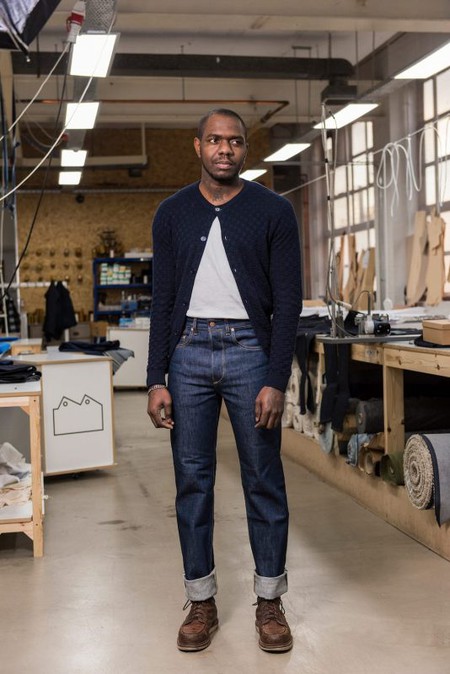 Design is based around individuals and their relationship to the city. ‘The style is my culture, with his [David’s] culture and whoever works here, because I don’t necessarily know what London means, but I know what I mean. But the London lifestyle does affect the styling of the garments. Every piece we make has a London postcode. We look at the postcodes and what they represent to us, and pair garments accordingly.’ David adds, ‘This jacket is called E17. Han wears it every day in every picture and so I felt like if there was one jacket that exemplified this building, it was that jacket.’ The design process is additionally interesting, again operating with community holistic sensibilities at the core of the transaction – emerging fashion designers are given studio space in return for patterns, while artists who rent studios help to feed into the collective consciousness.

This narrative quality is also a signifier of the new wave of luxury brands. In an age where many people are offering bespoke models, the story behind the brand is what is becoming a major differentiator for customers. The process of visiting the atelier, and experiencing the process from initial conception through to the final design imbues a couture edge to one of the most widely available materials. It’s also the thread that weaves together a bunch of denim designers in London – brands such as King & Tuckfield and Story mfg – all of whom are drawn to the potential for telling new stories through denim design. 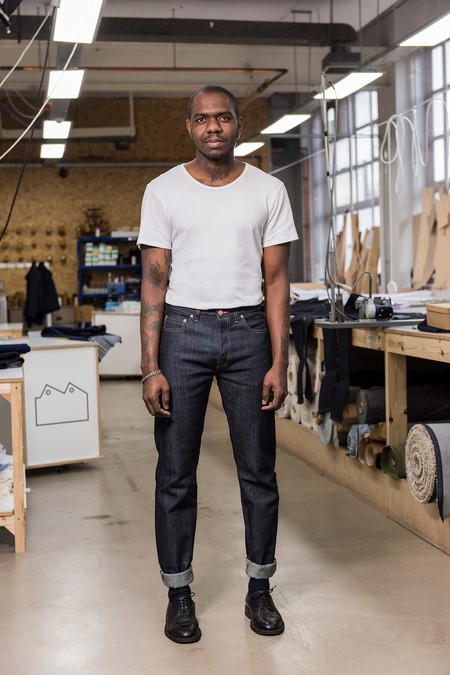 Later, sitting in the coffee shop next to the Blackhorse Lane workshops – another sign of the creative community that the atelier is a part of – I ask David (who used to work in product for tech companies Shazam and Lyst) about ideas of fashion technology and slowly made products. Can the two work together? He pauses, then references Moore’s Law. ‘Every 18 months, technology replaces itself. Something like an iPhone is irrelevant and you have to get the next one. We’re making clothes that we want you to wear your whole life,’ he says. ‘Why would we work with technologies that will be redundant in a couple of years.’ It’s a refreshing answer in an industry that values novelty above almost everything else.

I leave Han and David with a view to coming back after my next pay check and buying a new pair of jeans, or two. Community, conscience and custom design: it’s the fashion of the future.