Harry Potter Fans to Celebrate Back to Hogwarts Day Virtually 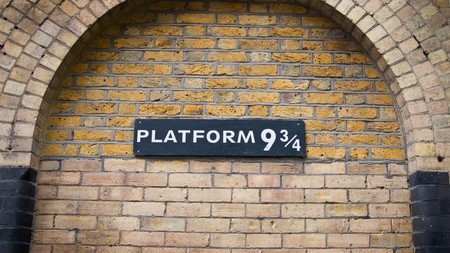 Every year, hundreds of Harry Potter fans gather below the digital timetables at King’s Cross station in London for a celebration of one of the most important events in the bestselling book and film series. However, with coronavirus preventing large groups from coming together, the festival has found a novel way of going ahead in 2020. Culture Trip reports.

The ongoing debate around when it will be safe for children to return to schools won’t stop the Hogwarts Express from departing this year. The fictional train is the route that Harry Potter and his friends take to get to their school for magic. Fans of JK Rowling’s hugely popular series have taken elements pieced together from the series and decided that 1 September is the date to celebrate the start of the epic journey featured in seven books and eight blockbusting films.

Back to Hogwarts Day has also gained official recognition, with the author and stars of the films all taking part over the years. Fans congregate, often in full Potter regalia, and collectively wave their wands at precisely 11am on the concourse of King’s Cross station. The board then indicates that the train to Edinburgh is scheduled to depart as normal, with one unusual stop along the way and a slight change in platform location.

The train will now be going via Hogsmeade and will be departing from Platform Nine and Three-Quarters.

The celebration is a lot of fun and a great way for fans to share a moment of appreciation for the series. However, this year, everyone is being asked to stay at home and join in virtually, thanks to a free event taking place online.

Joining them will be stars of the films, including the Weasley twins, Fred and George (James and Oliver Phelps), as well as the nefarious Lucius Malfoy (Jason Isaacs).

The Wizarding World website will be hosting the event between 10.30am and 11.30am on 1 September 2020, with other special online activities taking place from 28 August and across the traditional end-of-summer bank holiday.

The Back to Hogwarts event is further good news for Potter fans, who are now also allowed to return to the UK’s most popular tourist attraction. The Making of Harry Potter Studio Tour reopened on 20 August with social distancing measures in place and enhanced cleaning procedures.

It looks as if things are finally looking up for fans of the boy wizard, with modern technology helping to deliver that special Potter magic.