'Generation Revolution' Is The Film You Need To See This Week 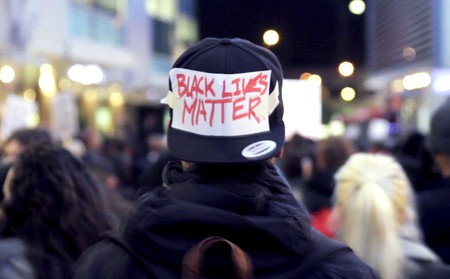 A new film, released this week in the UK, is either perfectly timed or depressingly relevant, depending on your view of current world events. Either way, ‘Generation Revolution’ is essential viewing for anyone looking to see where deep-rooted concerns about where we are heading actually come from.

We often hear about the apathy towards politics from younger generations. “Millennials” or the more dismissive term “Snowflakes” find themselves in the firing line for caring too much or not caring enough. ‘Generation Revolution’ follows a group of black and brown activists in London, the organisations they belong to and the message they want to spread.

Co-directors Usayd Younis and Cassie Quarrels represent the subjects of the film in their own outlook and work. Having worked on the documentary for two years, we see gentrification and anti-homeless measures, as well as the Black Lives Matter movement touched upon in the 70-minute film.

Supermarket chain Tesco ran into trouble with their initiative to introduce spikes outside their stores to prevent the homeless of London finding shelter. Protests led to a swift back-tracking from the company, and it was a group called London Black Revs who led the charge. Many outsiders were surprised to see the this group, and others of a similarly diverse ethnic make-up taking part in this issue, and its those preconceptions about what young black and Asian people care about that are tackled here. 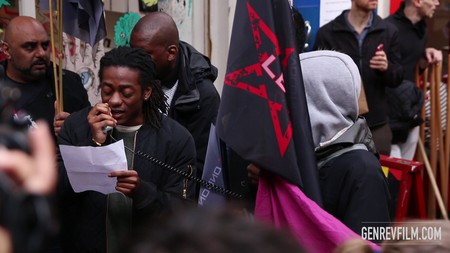 R Movement (aka ‘Our Movement’) started off as a small group of friends who met on Twitter, and their stated objectives of ‘Education, Organisation, Liberation’ is spread via social media and talks. Particularly revealing is a discourse about what feminism means to the group, with a candid conversation about how parents have passed down some views that are at odds with what the youngsters in their teens now hold true.

The film is rough around the edges, and rarely claims to be anything more than a look at the individuals featured and their struggles. Where ‘Generation Revolution’ succeeds is in not trying to go beyond this channelled focus. It captures real-life issues and delivers the wider conversation through personable, yet passionate, campaigners.

You just wonder how everyone involved feels about President Trump?

For more information about the film and upcoming screening dates visit the Generation Revolution Website.