Films and TV Shows to Transport You Around the World 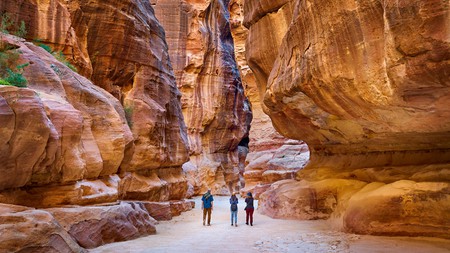 Films and TV shows offer house-bound viewers the chance of escapism during these uncertain times. Here are some of our favourite destinations paired with the inspirational slices of entertainment you need to watch to take a virtual trip there.

The musical based on the works of Abba might not be to everyone’s taste, but one thing is for sure, it inspired a huge surge in interest in the island of Skopelos. If you’re slightly confused about the name of the location, that’s probably because the filmmakers gave their island the made-up moniker of Kalokairi.

While Mamma Mia! tops numerous lists of films that inspire travel, the beaches and hotels of Skopelos also prove popular with filmmakers elsewhere. 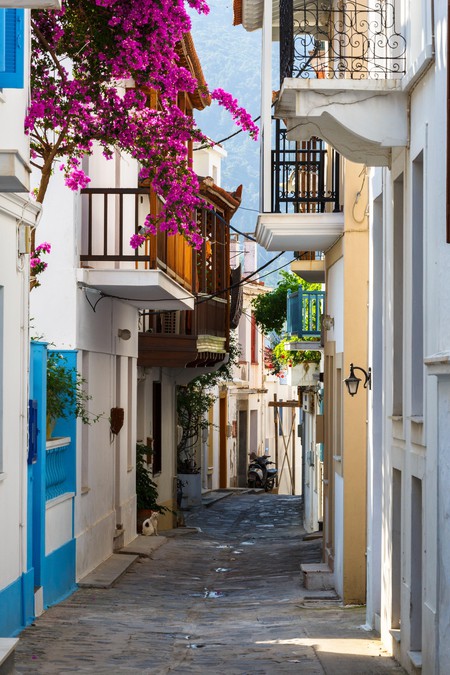 More recently, the Steve Coogan and Rob Brydon TV series The Trip to Greece (2020) saw the pair spend a sunny afternoon overlooking the most iconic views from the movie. If you’re watching this at home, prepare for a fun trip that’s best enjoyed by muting all the bits where Pierce Brosnan tries to sing. 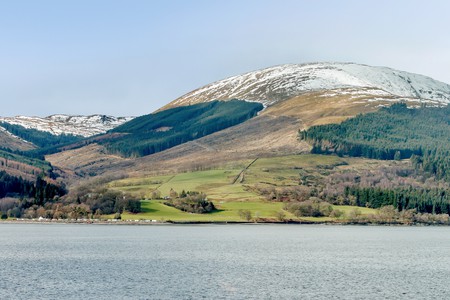 Cape Cove in Scotland is set to become popular with domestic tourists having featured in ‘The Nest’ | © holidaycottages.co.uk

The Nest is currently available on the BBC, and as soon the first episode aired, social media started to buzz with questions about the dreamy home the central characters live in. Situated an hour from Glasgow, the ultra-modern beach house – with spectacular views overlooking Loch Long and Firth of Clyde, and even its own private beach – can be found along the shore of Cove in Argyll.

Linn Botanical Gardens, Kilcreggan Pier and Rosneath Peninsula are all within walking distance. The location is also great for adventurers, with plenty of opportunities to fish, kayak, cycle and even dive among the wrecks in the Loch. 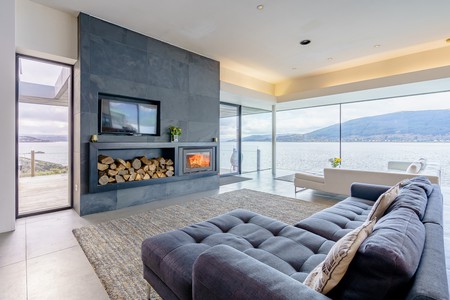 As seen in ‘The Nest’, this spectacular holiday home offers incredible views of Loch Long | © holidaycottages.co.uk

The property itself is available to rent, but you’ll have to be quick to get a slot as the majority of 2020 has already been booked out. For now, let’s just relax and take in the natural beauty Cape Cove has to offer by watching it on TV.

It’s obviously hard to narrow down the list of films that feature Los Angeles, but La La Land‘s depiction of the city of stars will transport you there on the fluffiest of clouds. The LA of the film features some well-known tourist destinations as well as a few unexpected gems that only the locals really know about. 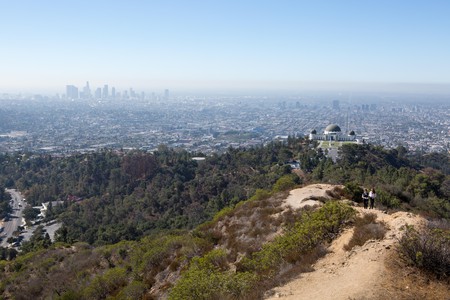 The best (and worst) parts of the entertainment industry are well covered in the movie, but it’s the everyday places that the main characters frequent that really stand out. We can picture the sunsets and taste the poolside cocktails now.

The real-life inspiration for James Cameron’s blockbuster, Zhangjiagie National Forest Park maintains its otherworldly aura even though millions of tourists have visited it since the sci-fi epic was released in 2010.

It’s also probably worth revisiting Avatar given that Cameron has been working on several sequels to the film in recent years. Most of the action is set on Pandora – the alien planet that’s home to precious natural resources and a hostile population – and the spectacular landscapes are modelled on the rocks and forests found in the Hunan province of China. If you’re keen to see it through the eyes of one of the most successful directors of all time, hunt out a copy of the movie now. 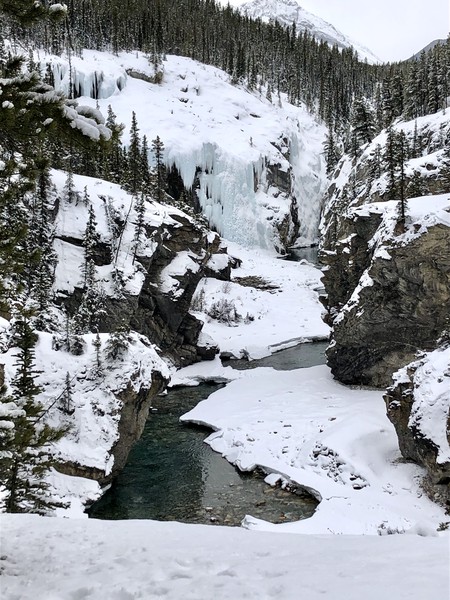 The harsh landscapes of a Canadian winter were brutally realised in Leonardo DiCaprio’s Oscar winning turn in The Revenant. The western province has been seen in a number of films and TV shows and has the ability to portray modern settings or transport viewers back to a time when the west was wild.

In The Revenant DiCaprio plays a fur trapper who is left for dead by his associates. He then embarks on an epic journey across the wilderness to gain revenge. It’s an intense story and one that constantly reminds you how treacherous, yet utterly mesmeric, untamed nature can be. Filmmakers shot predominantly around Kananaskis Country and the on-screen results are unforgettable. 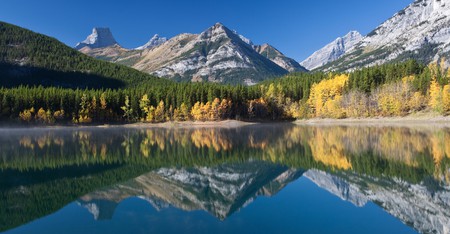 The existential angst experienced by the characters in Sofia Coppola’s comedy-drama Lost in Translation isn’t the sort of thing you want to endure in your daily life, but it’s hard not to get swept up in the woozy ambience this film creates. 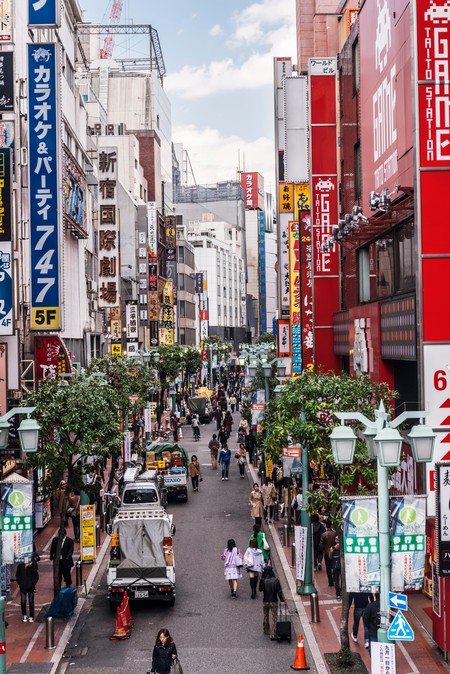 The allure of Tokyo is undeniable, topping most people’s lists of dream destinations, but the most populous city on earth is also a tricky place to get to grips with. Coppola chose to use real place names and locations to help with the truncated production, which took place in Shinjuku, and captured the chaos of the place. This is a great watch if you want to visit Tokyo without the inevitable jet-lag that follows.

The final act of Steven Spielberg’s third Indiana Jones adventure is dominated by the imposing rose-coloured ruins of Petra. For many, catching their first glimpse of the Jordanian wonder in the movie, it felt like the director has surpassed himself and built an elaborate set in the middle of the desert. But Petra – and in particular Al Khazneh (The Treasury) – is very real, and today one of the most celebrated tourist destinations in the world.

Harrison Ford’s Indiana Jones walks through the Siq, or Canyon, and discovers the structure carved into the rocks. It’s a journey that is similar to the real-life route you would take if visiting the location, so why not let the whip-snapping archaeologist (and his dad) guide you from the comfort of your own home for now. 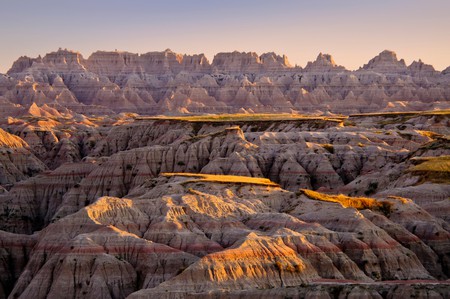 If you’ve ever seen a western, chances are you’ve seen these five states in the American Midwest. Home to bison, wild mustang, Mount Rushmore and Yellowstone, these states are the very definition of ‘cowboy country’.

The states in question are North Dakota, South Dakota, Wyoming, Idaho and Montana, with each offering something truly unique. Kevin Costner picked South Dakota for his directorial debut Dances with Wolves and went on win an Oscar for his troubles. The awe-inspiring Badlands National Park features heavily and looks particularly fearsome when captured on film.

Here’s a great example of a place you can only visit in film. It’s also a warning of the dangers of over-tourism, as it was the excessive numbers of visitors that eventually closed Maya Bay beach on the island of Phi Phi Leh in Thailand.

The remote shore was made famous by Danny Boyle in his movie The Beach, and viewers took one look at the place and became obsessed with the idea of visiting it. Unfortunately, this resulted in damage to coral reefs as well as crowded beaches lined with pollution-pumping motorboats. The reality was that Maya Bay often resembled any crowded resort rather than the idyllic escape it once was. Your best bet is to watch Leonardo DiCaprio (yes, him again) and his friends soaking up the rays while you cosy up on the sofa. 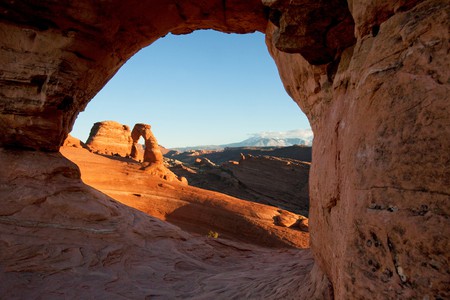 The other Hollywood outdoor location of choice (the first being the aforementioned Great American West), Utah has been seen continuously on screen since the early days of cinema. The rocks and canyons in the vast national parks here lend the terrain an alien quality, so it’s no surprise to learn that it was where the Star Trek reboot of 2009 chose to shoot off-planet scenes.

One series that has tapped into both the otherworldly quality the state has to offer and the rich heritage of vintage Hollywood – as seen in countless westerns – is Westworld. The first series of the sci-fi thriller was shot in and around Castle Valley, offering breathtaking vistas that feel familiar yet slightly strange. The unsettling effect is deliberate and also very real, as you can see in other films such as Butch Cassidy and the Sundance Kid (1969), Planet of the Apes (1962), Pirates of the Caribbean: At World’s End (2007) and Mission: Impossible II (2000). 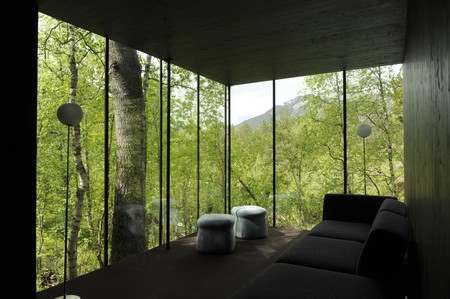 Alex Garland’s modern sci-fi masterpiece Ex Machina features Oscar Isaac, Alicia Vikander and Domhnall Gleeson – but the real star is the extraordinary Juvet Landscape Hotel. The remote collection of buildings feature heavily in the movie and highlight the isolation the characters are experiencing. It’s quite reminiscent of the situation most of us find ourselves in right now, but that doesn’t diminish the sheer beauty of the hotel and its natural surroundings. 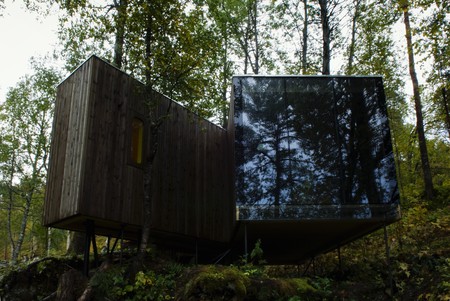 The film is a clever take on ever-present social anxieties seen through the lens of technology. The intense drama is played out in these extraordinary locations that will seriously have you pining for the pines of Norway.

This road trip is one of those bucket-list experiences that we all want but few get to have. Films lend themselves easily to the ‘on the road’ genre, from Easy Rider (1969) to Thelma & Louise (1991), with this being one of the best examples featuring a trio of Minis and the congested streets of Turin. 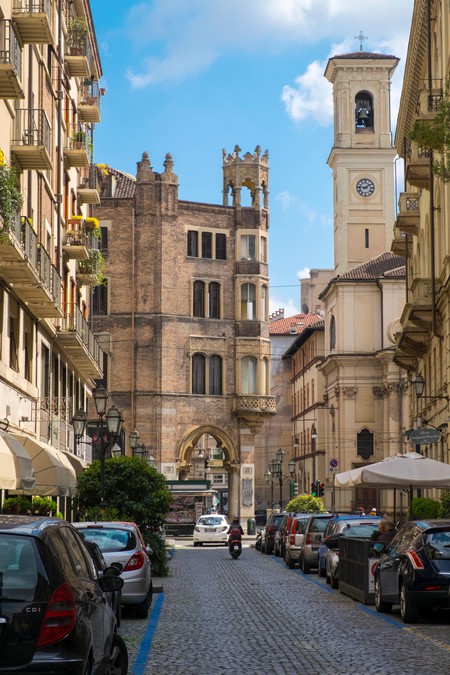 Filmmakers shot the comical chase sequence in The Italian Job (1969) through the streets of the northern Italian city before climbing up through the nearby Alps for the finale. Though the country was one of the first in Europe to be locked down due to the outbreak of coronavirus, the wide array of films that depict Italy on screen is an ever-present reminder of its captivating spirit.