Exclusive Video: How 'The Mummy' Brought a Sandstorm to London

Check out our exclusive video from the set of The Mummy and find out how the special effects team brought a sandstorm to the streets of London. 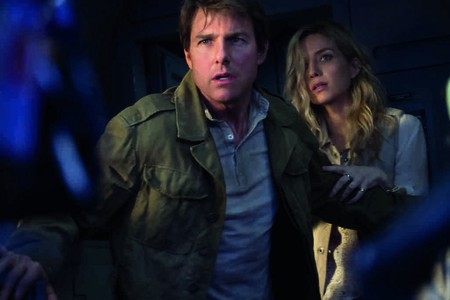 Tom Cruise and Annabelle Wallis in The Mummy | © Universal Pictures

Part of the planned Universal Studios ‘Dark Universe’, The Mummy saw some spectacular set-pieces in locations around the world. One standout sequence featured Sofia Boutella (who played a resurrected ancient Egyptian goddess in the movie), bringing death and destruction to London.

In the video we find out how the scene was put together and discover some of the computer effects used to create the scene.