Eleanor Hardwick is one of those boundary-breaking creative types that every young artist aspires to be. Her photographs are arresting and ethereal, provocative and intelligent; juxtaposing her subjects against dramatic landscapes or creating stylised and challenging portraits. We caught up with the multi-skilled photographer to hear the stories behind her favourite images.

Your subjects are rarely shot in isolation. Why are you so drawn to photographing your subjects in their surroundings?

I think there’s a lot more potential for the unexpected when there is a dialogue between a subject and their surroundings. To be honest, it’s very easy to fall in love with the beauty of your surroundings and want to photograph people in them. Whereas shooting a portrait in a studio is very controlled and unrealistic: it’s just you and the subject in a complete vacuum, which is actually really challenging.

What is the function of the female nude in your photography?
I like that nudes are less subjective than a photograph with clothes, which can be dated and contextualised much more easily. A lot of my photographic work is created as a reaction to the need to escape from reality, using the space in front of the camera as an alternate utopian reality. Stereotyping based on social class and taste is basically done away with once you eliminate fashion. It’s interesting that in real life, people are rarely in the nude in a public space, but when in front of a camera it becomes both liberating and performative.

What are your favourite locations you’ve shot in?
Valley of Fire state park in Nevada. It’s a palimpsest of prehistoric stories and yet it still feels so untouched, and the echoes on the canyons are one of the best natural reverbs I’ve ever heard. 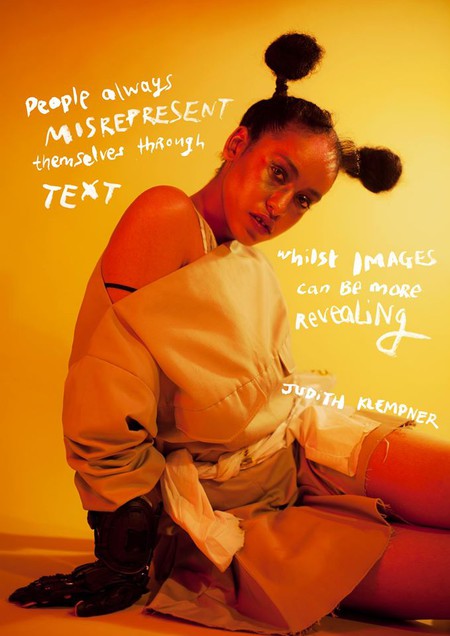 This portrait is from a recent series I shot for King Kong Magazine inspired by the concept of The Uncanny Valley. I thought that it would be interesting to draw a parallel between the theory and how we feel both connected and disconnected from one another through how we curate ourselves online. In 1996 John Perry Barlow wrote The Declaration of the Independence of Cyberspace. Ten years later, it seems somewhat naive in its utopian optimism. We have seen throughout history that the creation of new societies often falls into the hands of power and corruption, and the internet, albeit with all of its good redeeming qualities, is no different. The way I met Judith (the model) was through a friend, who I met through a friend, who I met through a friend, who I’d met online 7 years ago. We both share very similar feelings towards the utopia/dystopia of online society. I loved that she was involved in this project. 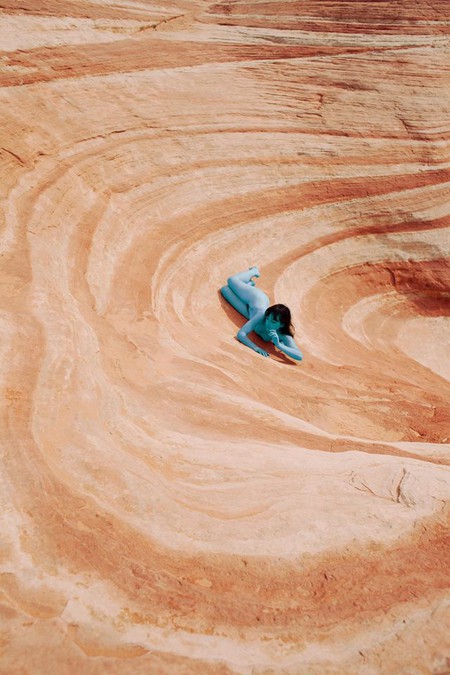 Last year I went on a month long road trip around 8 Western US states with my sister and artist friends Chrissie White and Elvia Carreon. We wanted to give ourselves a substantial amount of time to escape from society and experiment with our photography in nature, and we then published the results in a book that came out in January. We became really interested in this idea of losing all sense of time and reconnecting our bodies with nature. This became my favourite image from the series simply because everything about it feels so detached from my real life. 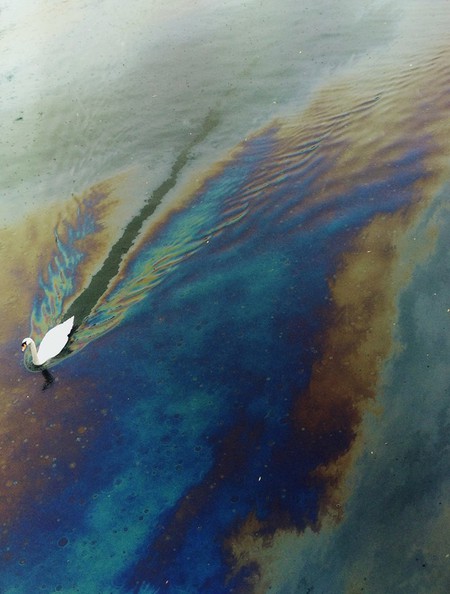 I very rarely photograph things I spot in every day life as I prefer to separate my work time from my real experiences. I was walking to my friend’s house one day and spotted this swan swimming through an oil leak from a boat, and it just felt incredibly profound. This was just taken on my phone, but I think it’s one of the most powerful images I’ve taken.

‘Untitled (Self Portrait)’, from Deconstructing The Complementary Colour for Dazed, 2015. 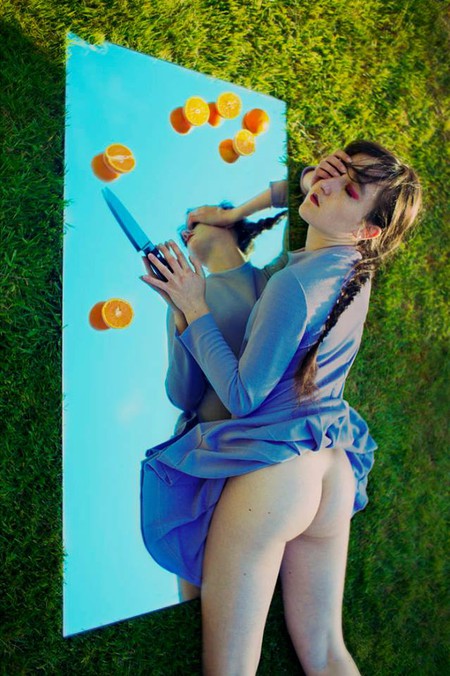 I mostly enjoy working in a really intimate, solitary way. This series which I entitled Deconstructing the complementary colour is a series of experimentations studying the idea of woman as complementary to a patriarchal world. I wanted to visually play with binaries and parallels, as well as a lot of allusion to iconography in the art world. You have the parallel between the fruit and my bum, and you have the knife, which is both an object used in the kitchen and a weapon. This image is also about playing with perception in a humorously balanced way. 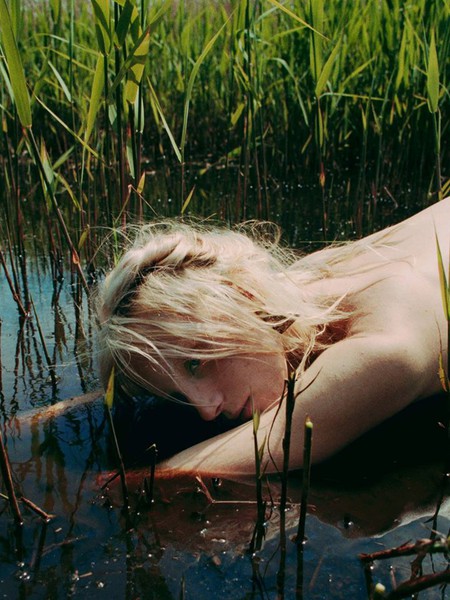 I met Maxine a few years ago when shooting a fashion story with her. So many of the shoots we had together, however, were based around dressing her up as a model, and not as herself. She’s one of the most fascinating people I’ve ever met. I wanted to take some pictures of her in her natural state, so she took me to the marshes near where she was living, took her clothes off, and got in a swamp. It was so Maxine. I’m really not interested in dressing human beings up as mannequins, I want to capture people how they want to be captured: as who they are.

By Luke Abrahams and India Doyle