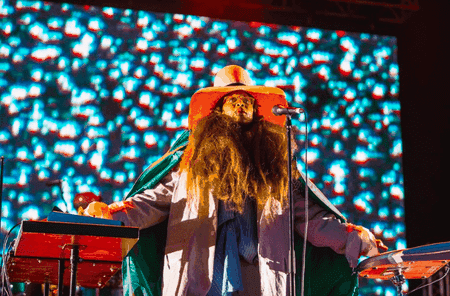 Erykah Badu is dedicating her headline set to ‘the ’90s babies’ at Field Day. Luckily for her, there are swathes of those at the popular festival, which has decamped from East London to Brockwell Park near Brixton.

The ‘Queen of Neo-Soul’, dressed in a too-big suit with her supersized crimped hair in bunches, is an imposing presence on stage, although she keeps the crowd waiting for a good half an hour.

When she finally arrives, she launches into a freewheeling set that includes hits ‘On & On’, ‘Out My Mind, Just in Time’ and ‘Window Seat’ although, frustratingly, she doesn’t actually perform any of the tracks from start to finish.

Instead, she jumps around sonically, playing around on a drum machine, covering snippets of tracks like Groove Theory’s ‘Hello It’s Me’ and introducing the crowd to her seminal album Baduizm, which is celebrating its 21st anniversary this year. 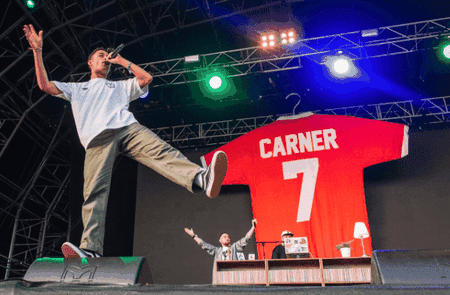 Her voice channels jazz legends like Ella Fitzgerald and Billie Holiday, all smoky and sultry huskiness. But the festival, sticking steadfast to its curfew, unceremoniously cuts off the sound after an hour and just like that, her set comes to an end.

Earlier in the day, Los Angeles singer Moses Sumney, with his gorgeous falsetto, gave an astonishing performance as he sang tracks from his debut album Aromanticism. 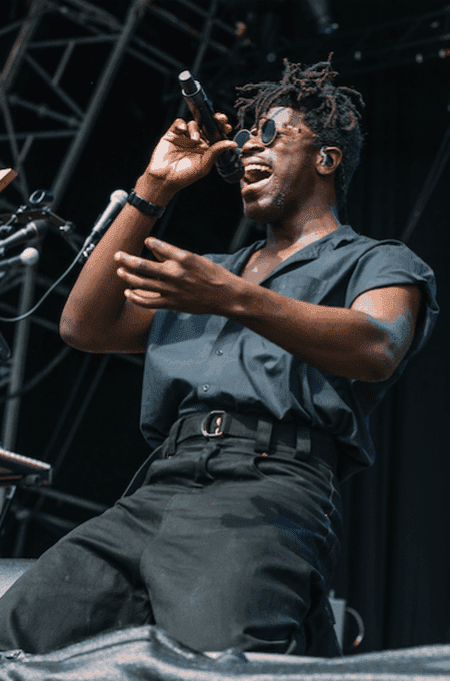 British rising star Nao, appearing barefoot on stage, was just as dazzling as she flitted between slinky R&B jams and funky soul tunes, sounding like Aaliyah but with an even more honeyed voice.

But it was Loyle Carner who was the real highlight of the day. From his exhilarating entrance to ‘The Isle of Arran’, with its spine-tingling gospel chorus, to a guest appearance by Tom Misch, he’s on fire and overflowing with pride at playing in the area he grew up in.

He also dedicates no less than three songs to his mum, who was in the crowd, with one of the most touching moments coming when he performs ‘Florence’, a track about his imaginary little sister.

It was electrifying and cements his reputation as one of Britain’s brightest rap talents.