Empowerment's a Piece of Cake: Inside the Feminist Bakery Helping London's Vulnerable Women 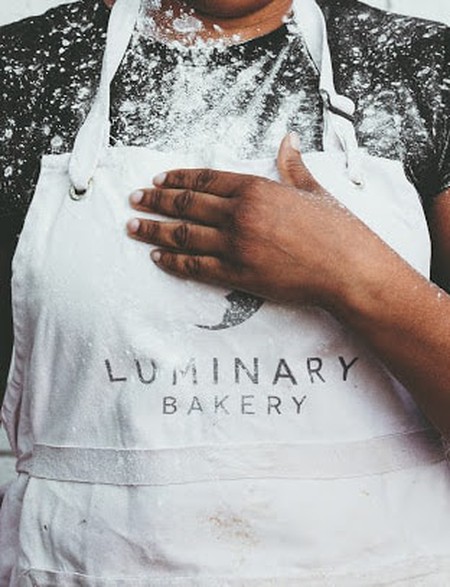 The Luminary Bakery looks like any other London cafe. The enticing smell of freshly baked brownies wafts towards you as you pull the door open, and the tables are filled with toddlers drinking babyccinos and freelancers brushing muffin crumbs from their laptop keyboards.

But look beyond the piles of pastries in the window and you’ll find a steely-eyed social enterprise helping women from all over London gain footholds in lives that haven’t always been a piece of cake.

The bakery was founded by Alice Boyle in 2014 when she was working for Kahaila, a charity and cafe based in Aldgate and formerly on Brick Lane. The Stoke Newington-based enterprise trains and supports women who have experienced disadvantaged circumstances such as homelessness, abuse, prostitution and refugeeism, and aims to break the negative cycle of their situations. Baking becomes a powerful force for good, and as the trainees learn to sift flour, knead dough and ice a cake, they’re also learning confidence, self-reliance and collaboration. After six months, they gain two qualifications in food hygiene and preparation – often ‘their first ever’ – and have the skills to get a job. 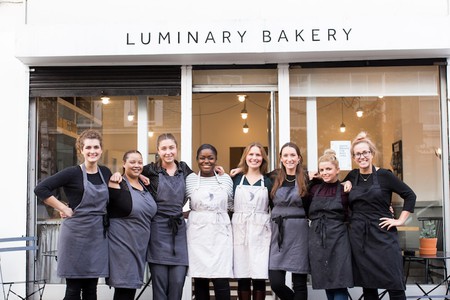 Boyle found the inspiration for Luminary on the streets of London. ‘I was working in Kahaila Cafe on Brick Lane from 2014 and noticed a lot of deprivation locally, with homelessness and sexual exploitation sadly being common in the East End,’ Boyle said. ‘We wanted to respond to the need we saw for women who had a social and economic disadvantage, as we felt they had huge potential.’ The cafe is imbued with a sense of place as women from all over the capitol travel to Hackney to learn how to make the foods that Londoners eat every day, after Boyle and her colleagues were moved by their borough’s plight and were inspired to help their community.

‘We started to run some baking classes in a local women’s hostel to see if they enjoyed it, and to test whether the idea of a social enterprise bakery that created job opportunities for disadvantaged women would work – and it went well. We built it from a casual, volunteer-run enterprise to the fully-fledged bakery it is today.’

What sets the company apart is the support and empathy that it gives to women who would otherwise have nowhere to turn. Trainees are nurtured and taught life skills; their personal development is encouraged and they become employable. Were it not for Luminary, this would not have been possible. 88% of trainees are in further work or training, thanks to a robust support system that continues once they’ve left the bakery. 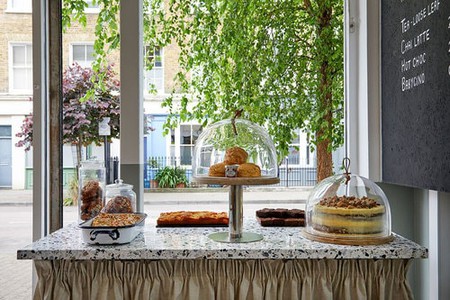 Cakes on the counter at the bakery | © Luminary Bakery

Getting the trainees to trust the program and find the confidence to follow it can be tricky, but Luminary has a system that works. ‘We start by brainstorming what an employable baker looks like with the trainees, and spend the next six months trying to help them get there,’ Boyle says. ‘It’s important to help them grow as individuals by focusing on the specific areas they want to develop within themselves.’

The work is hugely rewarding, and it’s clear to see that Luminary provides an invaluable steady and supportive influence in the lives of the women who train there. ‘Often women will come to the bakery to hang out when they are having a hard time, even if they graduated a while ago. Recently a woman got the devastating news that her asylum application had been denied and the very first place she called was Luminary,’ Boyle shared. ‘We’re really privileged to get to journey with these brilliant women through the ups and downs of life and it’s amazing to celebrate their successes with them too.’

The trainees are given the chance to learn all the ins and outs of baking, from washing up equipment to decorating wedding cakes. The highs and lows they experience along the way help their new-found confidence blossom, and show that they can achieve whatever they put their minds to. 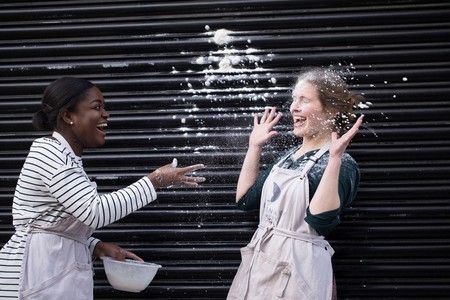 The all-female space that the enterprise provides is hugely important. This women-only environment allows the oft-vulnerable trainees to flourish and heal in a non-competitive arena, supported in solidarity by their classmates and their teachers – some of whom used to be trainees themselves. Boyle said: ‘The sisterhood here is really significant and I do feel we bond better and are more open than if it were a mixed space. Many services that are for disadvantaged people have a high male population in attendance, and most of the women I’ve spoken to find this kind of environment uncomfortable as they have suffered abuse by male perpetrators and their trust has been broken.’

Boyle is hoping to subvert the tradition of home baking being seen as a female domain and the professional baking industry being male-dominated. ‘We felt it was really important to have a safe space for women to train and grow in, to help build their confidence and prepare them for workplaces that are not gender specific. It’s great that we can be a source of that fluidity, because we need more opportunities for women to build a career in baking.’ 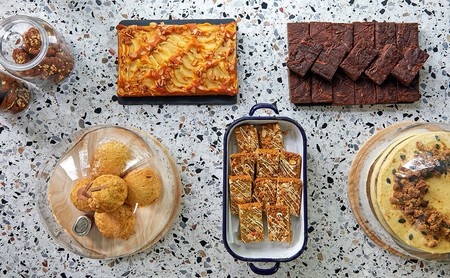 Some of the goodies that the bakery sells | © Luminary Bakery

Luminary Bakery ambassador Henrietta Inman understands the male-centric food industry well. The 30-year-old pastry chef, author and cookery teacher has spent time in professional kitchens, including at the Lansbury Hotel, and understands how hard it can be to get ahead when the kitchen atmosphere is competitive. ‘Female solidarity is really important,’ she said. ‘Women are still underrepresented in the food industry and it’s very male dominated, and anything we can do to help is important. It’s important to support each other and get women into kitchens if they want to. Male chefs automatically think women are weaker. Chefs should nurture and teach, no matter their gender. This is what the bakery is amazing at.’

Luminary’s contribution to the female baking scene in London is not to be sniffed at. It’s the only all-female run cafe in London, and Inman believes that it’s ‘a beacon, and an inspiring example to show other people how it can be done. Lots of cafes around London have had one dish on their menu where the money is donated to charity, so Luminary being a complete charitable organisation is inspiring.’

Luminary’s reach is only growing. They supply cafes across London and also bake wholesale goods, meaning you could be eating a Luminary cookie the very next time you heed the call of a late afternoon sugar craving. Their carrot cake was voted ‘the best in London’ by their very satisfied customers, and the Luminary cinnamon swirl buns were voted 5/5 by Borough Market chefs.

But as delicious as their cakes are, what matters is that every bite you take of a Luminary cake means you’re supporting the women who crafted it in their efforts to grow as people and find their places in life. And that is what makes them taste truly sweet.