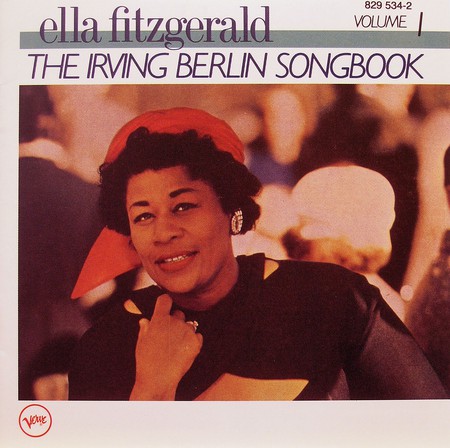 If you put an Ella Fitzgerald record on, there is no doubt you’ll hear her smiling. As Rosemary Clooney once put it: “There was an amazing freshness in her singing each time […] If you were watching her sing, even if she wasn’t smiling, it still sounded like she was.” Billie Holiday, Nina Simone, Dinah Washington, and Sarah Vaughan were all brilliant; but Ella had something special — a light-heartedness and a comforting voice. Culture Trip takes a brief look at Fitzgerald’s life and music to try to better understand what made her so unique.

Just imagine it: it is 1935 in America. Harlem is being shaken over by now infamous riots and the neighbourhood is crumbling under the weight of its heavy misery. Little Ella has lost her mother and dropped out of school. She is a penniless black teenager in the streets of one of the USA’s poorest districts. But as cheesy as it may sound, she believes in the beauty of life nonetheless. 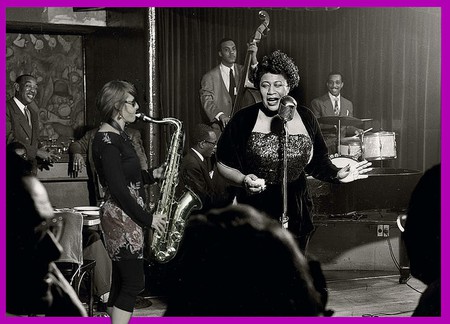 She was right to be a believer; it was not long before she won an amateur singing contest at Harlem’s Apollo Theatre, was asked by Chick Webb to join his orchestra and begin enchanting crowds with ‘Love and Kisses’. In 1938, she released ‘A-Tisket, A-Tasket’ and the rest is history: an almost classic ‘rags to riches’ story.

What made Ella Fitzgerald win both the contest and Webb’s heart must have been a mix of the disarming innocence she displayed with each song and the elastic voice she used to create incredible vocals. The two of them blossomed in children’s songs such as ‘A-Tisket, A-Tasket’, of course, but also ‘Old MacDonald’ or ‘The Muffin Man’. When she sang ‘Lullaby of Birdland’ the magic operates again, in the exact same way. These songs make children of us again and it is not just about the lyrics: it’s her voice. How unsurprising for Ella to sing ‘Lullaby of Birdland’ when she herself sang like a bird: free, light and flying high. The jazz club the song was named after could never have hoped for a better tribute to its name. Her scatting in the dazzling ‘Airmail Special’ or in ‘Flying Home’ just confirms it: she was a blessing to jazz music, the comfort and fun many were hoping for. 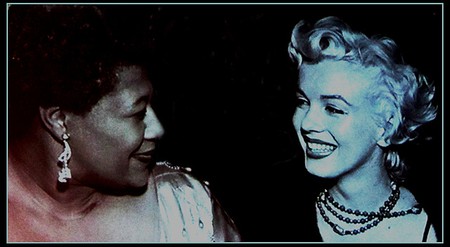 Black and white | © aka Tman/Flickr

Ella transformed children’s songs into jazz standards and treated the world with music that was light as a feather. She amused her audience and became a goddess of sweet songs to many. However, she was also a lot more.

In 1936, 18 year-old Ella Fitzgerald released the first known recording of ‘When I Get Low, I Get High’. The title sums it up perfectly: the song sells escapism as a way out from all kinds of misery. It is in itself raw and desperate. As dark as it may sound, the theme is far from being original and has never ceased to inspire musicians. Contemporary pop stars have since notably followed the trend: last summer, Tove Lo was so miserable she had to stay high all the time according to the lyrics of ‘Habits (Stay High)’. But rarely has a song mastered the blend of distress and lightheartedness in the way that Ella Fitzgerald’s ‘When I Get Low, I Get High’ did. The phenomenon can also be observed in the track ‘Stone Cold Dead in the Market’. There’s alcohol, violence and murder too. Once again, the jazz lady interprets harsh lyrics in such a way that they don’t sound so dark anymore. There’s a sense of ‘it’s going to be all right’ resounding in every sentence, no matter what the words are. The truth about Ella Fitzgerald is she never really had to sing children’s songs in order to give her audience a childlike sensation that nothing is really grave. Even as she sings of killings and despair, she’s somehow comforting.

This paradox is one she mastered in real life, too: even in her darkest hours, she never gave in to misery and was always able to make it through the storm. Life was no bed of roses for her: even after she was finally able to get off of the streets and become a jazz idol, Ella had to suffer from racial discrimination. In the 1950s, she was notably denied the right to play in famous club Mocambo because of her skin colour. It was not until Marilyn Monroe called the owner of the place to let him know she would book a front table every night if Ella was performing on stage that she was able to sing at the Mocambo. The promise to see both Ella Fitzgerald and Marilyn Monroe in one night made the press and crowds go wild. Ella could not have been more grateful and didn’t pay any more attention to the segregation she was first a victim of. She then went on performing with the greatest jazz musicians of her time: from Louis Armstrong to Count Basie, and even Frank Sinatra. In 1987, The United States president Ronald Reagan even awarded her with the national medal of the arts. It turned out that Ella’s successes always shone brighter than the dramas. She could easily be seen as the ultimate role model for a positive attitude.

Funnily enough, even as she was confined to a wheelchair and felt her days coming to an end at the age of 79, Ella Fitzgerald would reportedly want to be outside in her garden as much as possible, just to ‘hear the birds sing’. A birdland from beginning to end.