DJ Dimension on Life During Lockdown 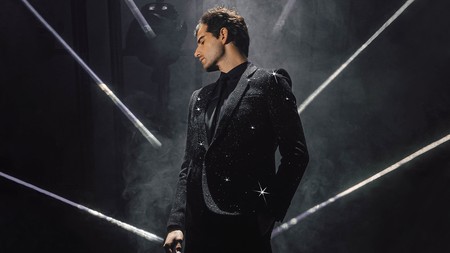 Rob Etheridge, aka Dimension, is optimistic about the possibilities post-lockdown | Courtesy of Worship PR

Drum and bass DJ Dimension certainly hasn’t had your typical lockdown. He talks to Culture Trip about touring New Zealand during a worldwide pandemic, producing an album and how the coming summer will go down in history.

Sitting in a chic, off-the-grid lodge, surrounded by snow-covered trees with a fire blazing inside, is Rob Etheridge, aka Dimension. The London-based drum-and-bass DJ and producer is in Saaremaa, an Estonian island in the Baltic Sea. The nearest road is 6km (4mi) away and he’s here, with his girlfriend, to record vocals for a new project. “I just wanted to get away from the world after the album release,” he admits over Zoom.

Unlike most of us, Dimension, 29, has had a pretty hectic lockdown – flying out to tour New Zealand and releasing his debut album Organ, which landed at No1 on the UK dance album charts in early March. He describes his sound as electronic dance led by melody and energy. “It’s something that works in a club, at a festival, in the gym, or just for home listening.”

He’s well-spoken and eloquent, yet Dimension says he didn’t do amazingly at school and decided not to go to university, instead getting a job at Apple that he didn’t like. He quit to pursue music, but struggled to gain traction and worked as a painter and decorator while DJing on the side. After doing a show with Wilkinson in 2012, he began to build a following, and in 2014, Chase and Status signed him to their record label. “That changed my life,” Etheridge says. “They were so big at that time. Having that stamp of credibility really made people turn their heads and notice me.” 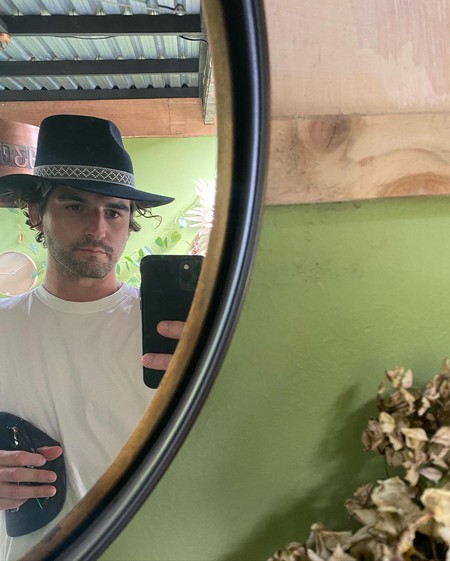 But it was in 2018 that his track with Sub Focus, Desire, really launched Dimension’s career. The song was streamed more than 50m times, making it the most successful drum-and-bass record on streaming platforms of all time.

After exponential growth over the past few years, Etheridge decided it was the perfect time to release his debut album, which is plastered – along with his face – all over billboards across London. “I didn’t get into music to have a 10-metre picture of my face on a wall,” he jokes, “but people judge success by quantifiable affirmations, so seeing a massive face must make people think I’m successful. For me it’s just a facade, though – I’m all about the music.”

Although it’s been an eventful past couple of months, with the album and the tour, Dimension admits that the start of lockdown was difficult for him: “It was frightening, because as a musician the majority of your income is from live music. I realised, ‘Hold on a second, I need to make ends meet’,” he says. It did, however, afford him a much-needed break. “Two different countries a week, four flights a week, really late nights, 52 weeks a year – it does start to have an effect on your life.” 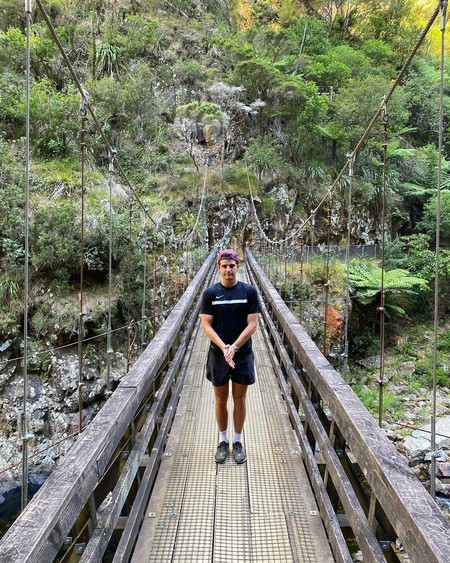 Lockdown also provided Dimension with precious undisturbed time to finish off the album, working 15-hour days, from 10am until 3am, in a studio with no sunlight. “There’s something I enjoy about the self-destructive property of completely devoting yourself to a project and ignoring the social issues it has on your brain,” he adds.

New Zealanders were the first to hear the new songs live. After passing the country’s rigorous Covid immigration process, Etheridge flew out in December, boarding an empty plane at Heathrow and arriving in Auckland 24 hours later. A welcome party of guards in hazmat suits escorted him to a bus that drove him to the hotel where he would have to quarantine for two weeks. “It really does feel like you’re going to prison,” he says. To keep himself sane, he wrote a list of six things he wanted to do every day – from learning Russian to walking in circles for an hour. “I was actually doing more steps in quarantine than out of it,” he laughs. 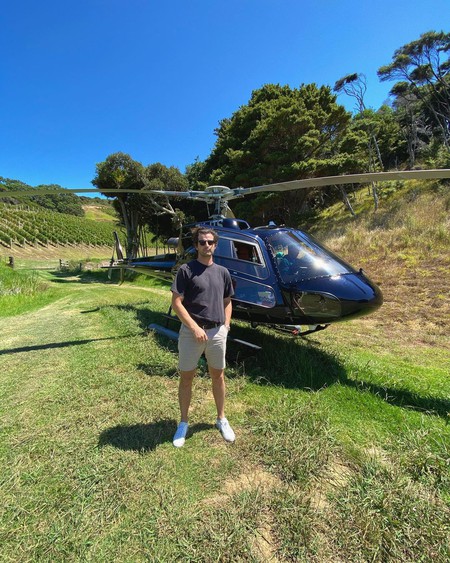 The night he was finally allowed out of the hotel, he had an event in Hamilton that he describes as “one of the most intense experiences” of his career. “I was really nervous. I hadn’t played in a long time and had been in a room by myself for two weeks. Then all of a sudden there’s a crowd of 3,000 people screaming at me.”

Dimension went on to perform all over the country, from Queenstown to Nelson, and played the biggest drum-and-bass event in the country’s history, with Sub Focus and Friction, with 7,000 people in attendance – a size of gathering that’s become almost inconceivable during lockdown.

His favourite spot in New Zealand was the Coromandel. “There’s something really special about it – it’s something about the land and the exotic nature of it.” He also recalls going to where Mount Doom in The Lord of the Rings is filmed, in Tongariro National Park. “It looks like Mars. And there’s this hotel next to the volcano that looks like it’s been plucked out of a Wes Anderson film – it’s an old colonial building that is so perfectly symmetrical.” 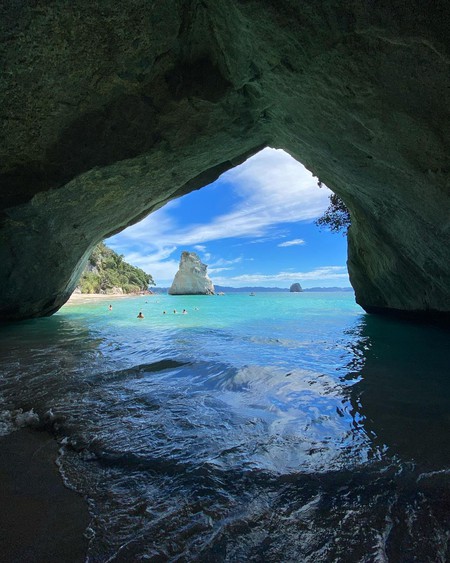 He is now looking forward to what summer in the UK will bring. “In order for great social phenomena – like the summer of love in the ’60s – to happen, before must come oppression. We’ve lived through decades of peacetime and social freedom, but for the first time in a lot of generations, life has been stopped,” he says.

After the lockdown exit plan revealed by the Prime Minister, Dimension is brimming with optimism. “Now there’s light at the end of the tunnel. I think we’re going to have a really special summer. People are going to appreciate freedom like they haven’t before, and it will go down in history as a very special moment to live through – something that will be talked about for a long time.

“There is no feeling like it. Being with your friends, feeling that release and the escapism of it,” he grins. He wraps up our interview with this conclusion – the world needs live music back. All I can do is nod in agreement.

What is the favourite country you’ve performed in?

South Africa. Cape Town is a beautiful part of the world. You’ve got the mountain and everything kind of feeds off that. There’s a big hiking culture. Two oceans either side. There’s something very special about it.

Is there a dream location you haven’t played at yet that you’d like to?

I’d love to do a big live show at Coachella and bring all my sound, style and aesthetic to the festival. Coachella is quite showy and I’d love to perform there – and be unapologetically English.

Printworks. I like to shout about London. I’ve spent my life in clubs and venues, but that one really made my jaw drop. It’s the scale and grandeur of it.

Where in the world do you get the best reception?

The motherland – the UK – will always be a very special place to me. But probably either New Zealand, which is the mecca of drum and bass right now, or the Nordic countries.

How do you travel when you’re performing?

I jump on a plane, get taken to the hotel and get picked up at around midnight. I’m at the club for about three hours. I come back to the hotel, sleep, then get a flight back. It’s nothing fancy. I’ve never flown on a private jet. I only need my cushion and AirPods.