Chick’n Burgers and Tofish Tacos: How Veganism Took Over the London Food Scene 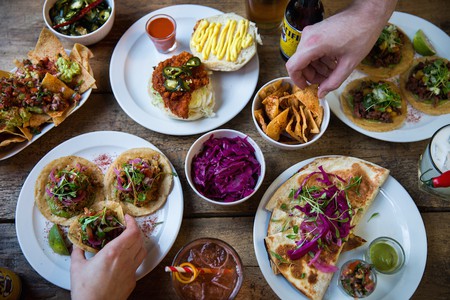 Forget your bean burgers and under-seasoned lentils – veganism has gone mainstream. London’s vegan scene has grown rapidly in the past few years, with a pop-up on almost every corner and new, inventive ingredients proving a hit in the meat-free world.

No longer are your vegan friends the only ones at the dinner table ordering tofu. With London’s vegan food scene undergoing enormous growth, herbivores have come to expect a wealth of delicious, affordable food to choose from. Everything from high-end tasting menus to takeaway junk food is now being made without any animal products.

This swell of restaurant openings and increased choice comes on the back of a huge rise in the number of vegans in Britain. An Ipsos MORI poll of 10,000 people commissioned by The Vegan Society in 2016 found that Britain’s vegan population had grown from 150,000 to 542,000 in just a decade. Sixty-three percent of these new vegans were female, and nearly half of them were aged 15-34. 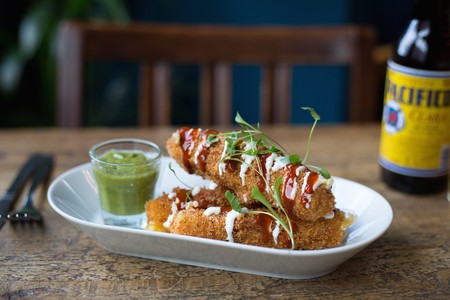 The results suggest that the stereotype of a vegan as a sandal-wearing, pale and skinny figure who exists on chickpeas and lettuce leaves is dead. Veganism is hip, with celebrities such as Beyoncé, Ariana Grande and even the Duchess of Sussex, Meghan Markle, committing to a plant-based diet at least some of the time. A survey by Mintel in 2017 showed that 11 percent of Britons have attempted to follow a vegan diet at some point.

In response, London’s vegan scene has expanded rapidly. In trendy East London, takeaway Temple of Seitan serves pimped vegan versions of fried chicken made of wheat gluten, while Biff’s Jack Shack concocts “filthy AF vegan junk food” made of deep-fried jackfruit (which when cooked has a texture resembling that of pulled pork). Meanwhile, some pubs, for so long the bastions of old-school grub, are choosing to go 100 percent vegan, with The Spread Eagle in Hackney leading the way in January 2018. The scene has benefitted from social media platforms raising awareness of what used to be a marginalised diet, with Instagram’s vegan food porn slowly making its way into even meat eaters’ feeds.

“I’ve been vegan for 10 years and in that time the London vegan scene has absolutely exploded,” says Tsouni Cooper, who runs the popular Instagram account Yes It’s All Vegan, which has more than 29,000 followers. The 33-year-old started the account in 2015. “There was [so] little vegan food in London compared to now that I started a page to share vegan things I found or cooked in the hope it might help others.” Cooper has gone above and beyond this goal and now collaborates with restaurants to host her own vegan food events. She’s thrilled with how the vegan way of life has grown: “I used to bring back a suitcase full of vegan groceries whenever I went to America, and now I can get almost all of those things in the UK.”

last night’s @biffsjackshack tower burger 🍔 made up of a jacksu burger (containing broccoli tempura!), a new jack city burger (seitan pastrami! vegan gouda!), and a father jack burger (onion rings!) 👌 shout out to @brixtonfoodfiend for the expert creative direction ✨ check out my stories to see what else we ate (ice cream cake alert 🚨)👆 #vegan #veganjunkfood #veganlondon

She credits the rise in the number of London vegans with the increase in choice of plant-based food. “I think there are so many more of us now and we have a lot of spending power,” she explains. “Some cafés and restaurants in London that wanted to but couldn’t previously take the financial risk of going vegan, now feel like there’s enough of a market to be able to make the switch.”

One of those places is The Spread Eagle. “I often get asked why I decided to open a vegan pub,” says Luke McLoughlin, co-founder of this 100 percent vegan pub. “I’ll usually respond, ‘Why not?’ I’ve followed the rise in veganism for many years, but my non-vegan friends didn’t realise the environmental impact that their choices were having. We simply wanted to create a place that we’d like to hang out in, serving the food we’d want to eat and the booze we love to drink. Two or three years ago we would have been the black sheep, but we’ve not only been welcomed by the vegan scene but also by the catering industry and suppliers alike.”

McLoughlin acquired the pub, which used to be a standard East End boozer, in November 2017 with his friend and business partner Sherri-Lee Estabrook, who is the co-founder and landlady. “The response has been overwhelmingly positive,” she says. “First and foremost, we’re a pub that happens to be vegan. When we first told our locals of the plan, they were sceptical. But we’re happy to say they’ve embraced it wholeheartedly and can still be found propping up the bar every evening.” 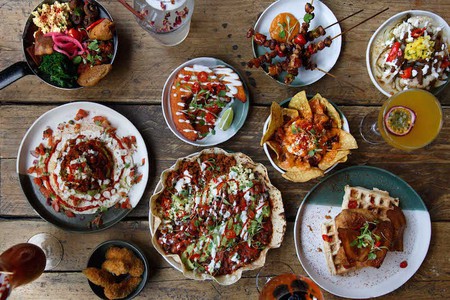 This is very far from Armitage’s previous reality, in which she had to carry a bag of nuts at all times because she could never be sure if there would be something on the menu she could eat. “Our ethos has always been about creating banging food that just happens to be vegan, which is exactly what the pub is about too. People tell us our burger is the best they’ve had – not the best vegan burger, the best burger full stop.

“People assume vegans just want buddha bowls and green smoothies. We’re the same as everyone else – we love a good chick’n burger and chips,” she says. “The popularity of vegan junk food has mushroomed as a backlash to the so-called ‘clean eating’ movement, and also because it was just not available to us before now. We’re like kids in a sweet shop. But what we’re seeing now is it plateauing, as people are starting to crave some of those fresher flavours alongside their serve of deep-fried cheese.” 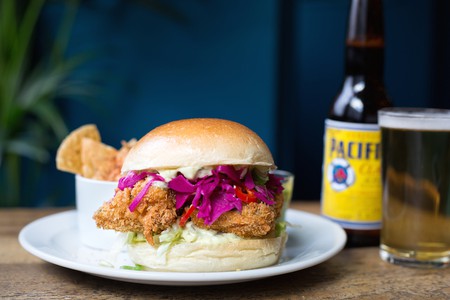 Indeed, the common counterargument to veganism is that it does not provide enough nutrition. For leading Harley Street nutritionist Rhiannon Lambert, it is all about balance. “Sometimes I see people wanting to go vegan for the wrong reasons – often people mistake it for a weight-loss diet, but that is far from the case,” she says. “Those who follow poorly planned plant-based diets are at risk of certain nutrient deficiencies. However, the extent to which plant-based sources can provide excellent sources of nutrition is endless. While a vegan diet is not always easy, especially in social situations, over time and with a balanced diet, you can help yourself become the healthiest version of yourself.”

Lambert feels that the increased number of vegan options in London has helped those who are following the diet. “It has definitely changed for the better. There are so many vegan alternatives available at both London restaurants and supermarkets these days, which makes plant-based eating a lot more enjoyable.”