Around The World In Chocolate Bars

All around the world there’s a chocolate revolution happening. A new generation of pioneering makers and farmers are rediscovering chocolate and crafting their own directly from the cocoa bean. We asked the experts at Cocoa Runners to be our travel guides.

Here at Cocoa Runners we are passionate about this new wave of craft chocolate and sharing the best bars we’ve found all around the world. We want take you on journey of discovery from San Francisco to Saigon to show you some of these craft chocolate makers and their incredible innovations. As we go we’ll uncover each step of chocolate making process from ‘bean-to-bar’. 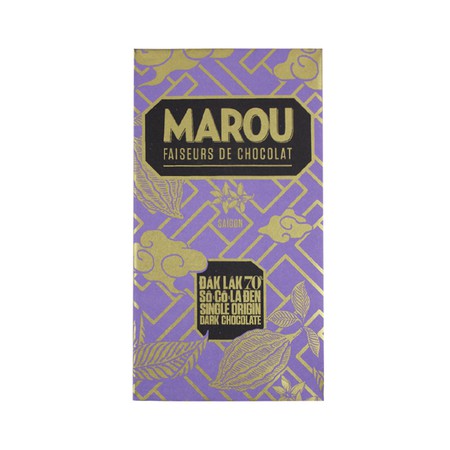 Vietnam: Marou – Dak Lak 70%
(Growing & harvesting)
To begin our chocolate tour, we head east to Vietnam. Perhaps not the first place that springs to mind when you think of chocolate, Vincent and Samuel from Marou have revolutionised the country’s chocolate scene. Each of their dark chocolate bars uses cocoa beans from, and is named after, a different Vietnamese province. Every bar tastes different thanks to the ‘terroir’ of the harvest. Compare the sweet green spice of Marou’s Dak Lak to the red berries and liquorice of its Tien Giang bar. 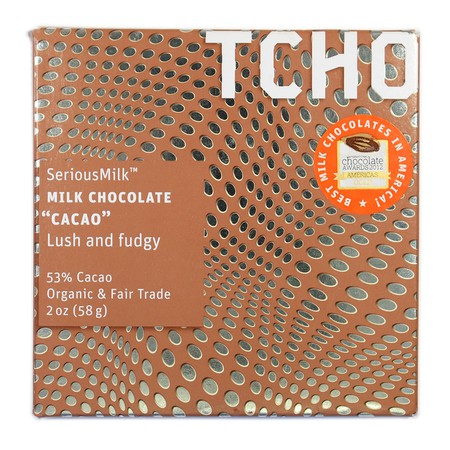 San Francisco: TCHO – Serious Milk Cacao 53%
(Fermentation)
At TCHO towers the chocolate geeks take a seriously scientific approach to chocolate making, as befits a company founded by the ex-editor of WIRED. After cocoa beans are harvested they need to be fermented to allow the chocolatey flavours we love so much to start developing. TCHO doesn’t leave this in the hands of nature. The company has developed its own cloud-based software that tracks how fermentation progresses so they can help its farmers in the rainforest get the best possible flavours from their beans. Take a bit of the lush and fudgy SeriousMilk and you can see the attention to detail has paid off. 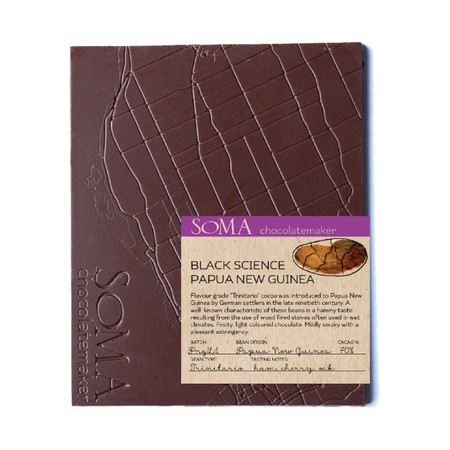 Papua New Guinea: Soma – Black Science Papua New Guinea 70%
(Drying)
Once the cocoa beans have been fermented they need to be dried. In most cocoa growing countries this is done by laying them in the sun. But in Papua New Guinea the rainy weather makes this much harder. Farmers light wood fires near the beans to help them dry, simultaneously infusing them with a unique flavour profile. Tasting Soma’s Papua New Guinea is a little like walking through a haze of fragrant wood smoke. The bar’s aroma is full of citrus and berry mixed with more smokey tones. 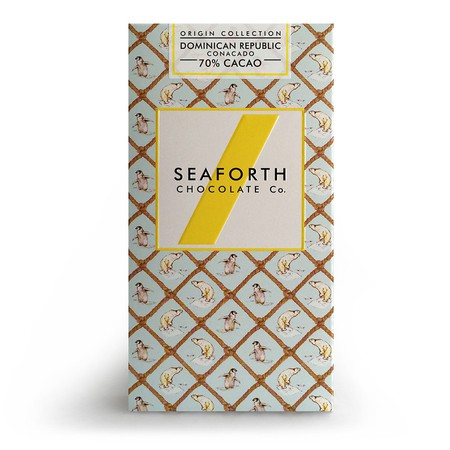 Dominican Republic: Seaforth – Dominican Republic 70%
(Transport)
Once dried the beans are ready to be sent to the chocolate maker. Sometimes this means a quick trip down the road by scooter, cart, or donkey but sometimes the beans’ journey is a little more adventurous. In the Dominican Republic, the Concado co-operative bag up their fine flavour beans and load them on board the Tres Hombres. This wooden sailing ship has no engine. Instead it relies on the power of the wind and the waves to transport its delicious cargo across the sea. In this case to the Isle of Wight, where Abraham Seaforth crafts his bars. 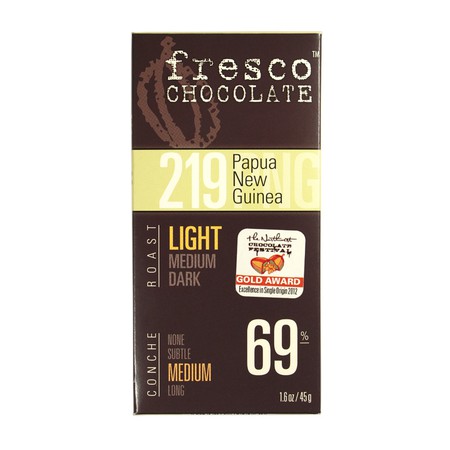 Lynden, Washington State: Fresco – 219
(Roasting)
Once safely arrived with the chocolate maker, the beans must be sorted and roasted. This is the chocolate maker’s first step towards coaxing out the beans’ flavour and is a combination of science and art. For ex-electrical engineer Rob Anderson, it is very much the former. Each of his bars is given a number according to origin, conche and roasting level. For instance his 219 and 221 bar uses the same recipe and same beans. But the 219 uses a light roast and the 221 a dark roast, creating completely different flavours. 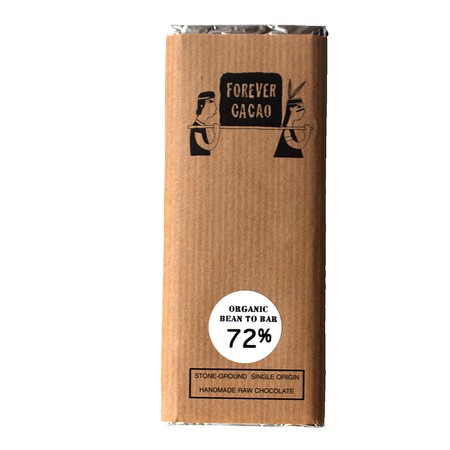 Wales: Forever Cacao – Signature Bar
(Not Roasting)
DJ, drummer and founder of Forever Cacao Pablo Spaull crafts his chocolate in rural Wales. His beans come all the way from the Ashininka cooperatives deep in the Peruvian rainforest. Unusually, Pablo doesn’t roast his beans. His unroasted chocolate has a much fresher, greener flavour and a distinctive velvety texture. 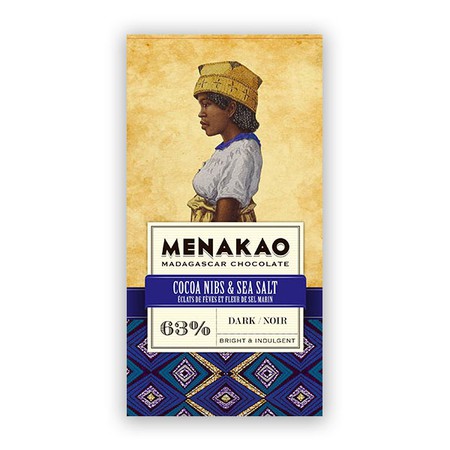 Madagascar: Menakao – Sea Salt & Cocoa Nibs 63%
(Winnowing)
Roasted or not, you then need to remove the shells from the cocoa beans. This is called winnowing and can be done using specialist machinery (or even a hairdryer or hoover) to blow away the light cocoa shell. Once winnowed the beans are ready to be turned into chocolate, but can also be eaten as they are. Madagascan chocolate company Menakao tops its dark chocolate bar with crunchy pieces of nib (or bean) to give the fruity chocolate a delicious crunch. 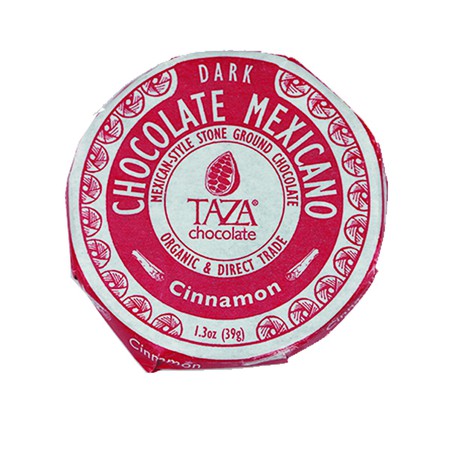 Mexico: Taza – Mexicano Cinnamon 50%
(Grinding)
Taza’s bar is made in Somerville, Massachusetts using Dominican beans, but it has been crafted using a traditional Mexican recipe for stone-ground chocolate. Whereas many makers spend days grinding and refining their beans to be as smooth as possible, Taza creates unrefined bars. It grinds cocoa beans, sugar and spices (in this case cinnamon) in a traditional Mexican mill called a Molino. The chocolate has a coarse almost biscuit-like texture, with a sweet warming flavour from the sugar crystals and spice. 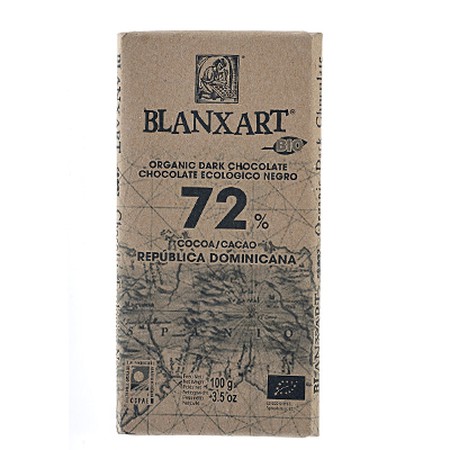 Barcelona: Blanxart – Dominican Republic 72%
(Concheing)
In Barcelona discover the other end of the chocolate texture spectrum. Blanxart has ground and conched its Dominican bar until seriously smooth. A touch of added cocoa butter (the natural fat present in cocoa beans) gives the deeply chocolatey bar a molten quality. It’s available in a range of sizes and shapes too. 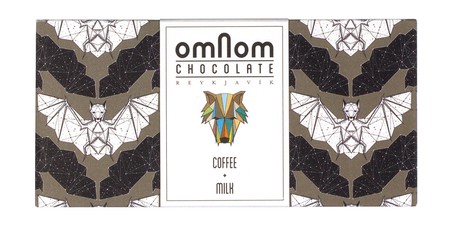 Iceland: Omnom – Coffee + Milk
(Concheing)
At the concheing stage you can also add in other ingredients (such as milk and sugar). In a disused petrol station outside of Reykjavik, Omnom has done something a little different. It has conched in coffee beans to its white chocolate, creating a bar that looks like a milk chocolate but tastes like a Frappuccino. 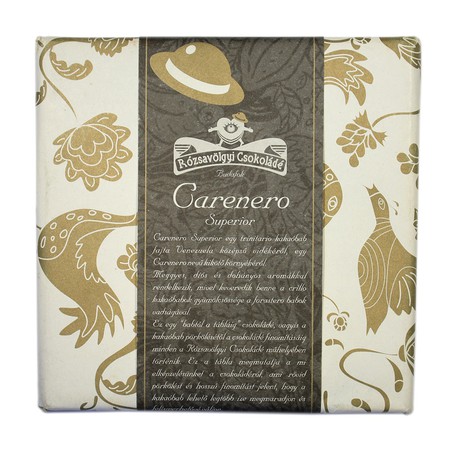 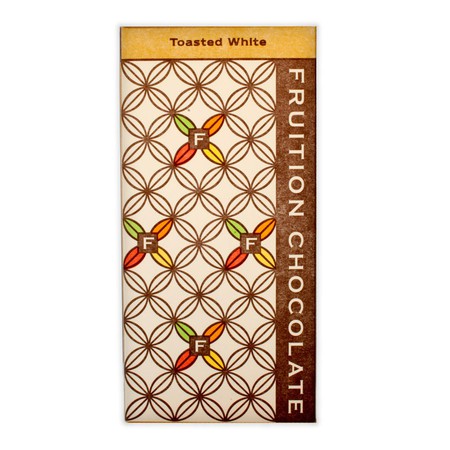 Woodstock, NY: Fruition – Toasted White
(Wrapping)
Once home to some of the world’s best music, upstate New York is now home to some of the world’s best chocolate. Bryan Graham’s bars win awards all around the world thanks to his obsessive skill and meticulous attention to detail. And like a true artist Bryan hand signs every single one of his chocolate bars. His Toasted White bar with notes of vanilla and Dulce de Leche is particularly irresistible and a multiple award winner. 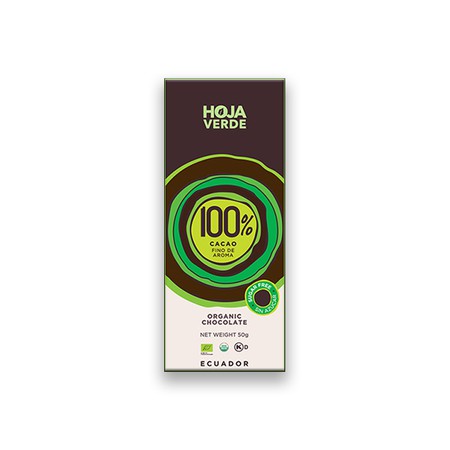 Ecuador: Hoja Verde – 100%
(bonus bar)
People often ask us about percentage. To be honest its impact on taste isn’t nearly as big as you might think. Bean origin, fermentation, roasting and all the other steps above are much more significant. The exception is 100% chocolate. Made with nothing but the beans, the chocolate reveals their full flavour and has as seriously strong kick. Break of a tiny piece and let the earthy tannins wash over your tongue.