A Tuxedo Fit for a King: The Tailors Behind the World’s Most Famous Suit 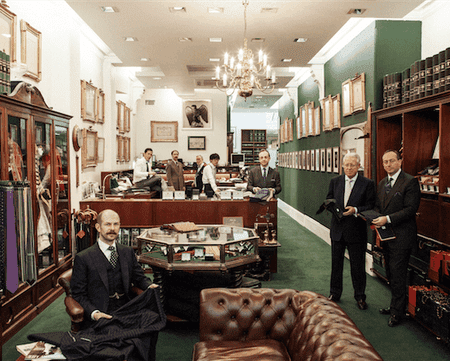 For the past 200 years, Henry Poole & Co. have been dressing the world’s most famous and powerful figures. The bespoke tailors, on London’s renowned Savile Row, have created suits worth thousands of pounds for emperors, politicians and entertainers. But the garment-makers have an even greater claim to fame, an invention that has cemented their place in fashion folklore: a suit designed specifically for a king.

Walking into Henry Poole & Co’s shop is like stepping back into a different age (or on the set of the Kingsman films). Deep brown Chesterfield sofas sit atop emerald green carpets, the walls are filled with books containing the highest quality fabrics and mahogany cabinets proudly display hand-stitched livery for the Queen’s house staff. This is a tailor that is draped in history. 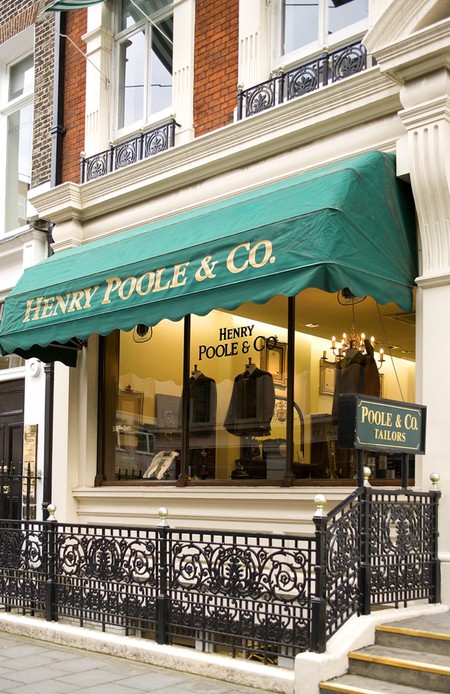 Before entering the family tailoring business, the young Henry Poole had a very powerful best friend. His name was Prince Bertie, son of Queen Victoria and heir apparent of the British Empire, who would go on to become King Edward VII. During the Victorian period, Britain was seen as a centre of fashion, due to the empire’s extensive reach. And at the centre of Britain’s fashionable circles was the debonair young prince, placing Henry Poole in a unique position.

When the prince wanted a more relaxed outfit to wear at royal dinners than the restrictive and traditional tailcoat suit, he turned to his childhood friend. Poole’s creation was a shorter, tail-less and more body-hugging suit, which became known as the tuxedo. 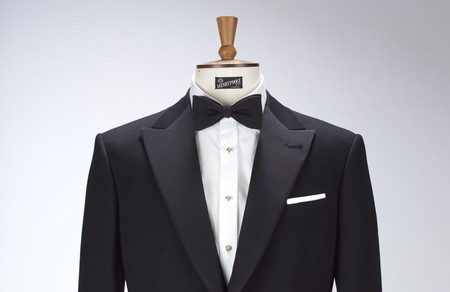 ‘It was completely revolutionary,’ beams Simon Cundey, current owner of Henry Poole & Co., ‘a short suit designed to enhance the silhouette of the body and flaunt the shape and contours.’ The dinner suit was controversial at the time because it was considered so casual, but it became all the rage within 20 years and helped seal Henry Poole in the sartorial pantheon.

‘People still come to us today, because of our role in the creation of the tuxedo,’ says Cundey, resplendent himself in a smart blue suit with matching waistcoat, ‘especially “men of destiny”.’

Among the ‘men of destiny’ who’ve been stitched by the tailors at Henry Poole & Co. are the last Tsar of Russia, the Crown Prince of Japan, the Danish Royal Family, King Edward VII’s son King George V, the Shah of Persia, Emperor Haile Selassie, as well as Prime Ministers Benjamin Disraeli and Winston Churchill. In fact, in some of Churchill’s most famous photos – including the one where he’s holding a ‘Tommy gun’ – you’ll find him wearing a Henry Poole suit.

The company also has the distinction of being the very first tailors to set up shop in Savile Row, when they moved there in 1846. Nowadays, every Londoner knows that for a bespoke and very pricey suit, Savile Row, with its dozens of top quality cutters and seamsters, should be your first port of call. 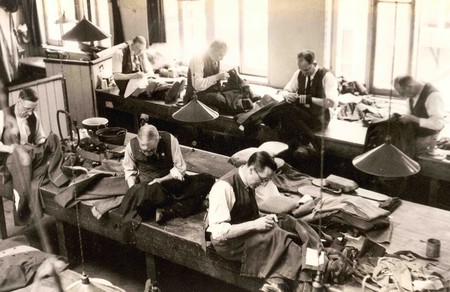 So just how much does it cost to join the ‘men of destiny’ and have a suit designed to your exact specifications at Henry Poole & Co? ‘Prices start at £4,200 + VAT. But for a tuxedo, they begin at £5,000,’ Cundey informs us. Men of both destiny and deep pockets!