A Music Lover's Guide To Camden 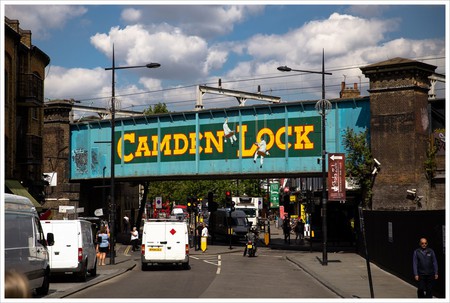 A town bursting with artistic value, Camden has historically influenced some of the biggest names within music and popular culture. Visitors to the North London segment of the city can experience music through architecture, gigs, clubs, exhibitions, and performances from some of the greatest acts within the contemporary industry. To help, we’ve collected the best attractions and experiences to fulfil all music lovers’ visits. 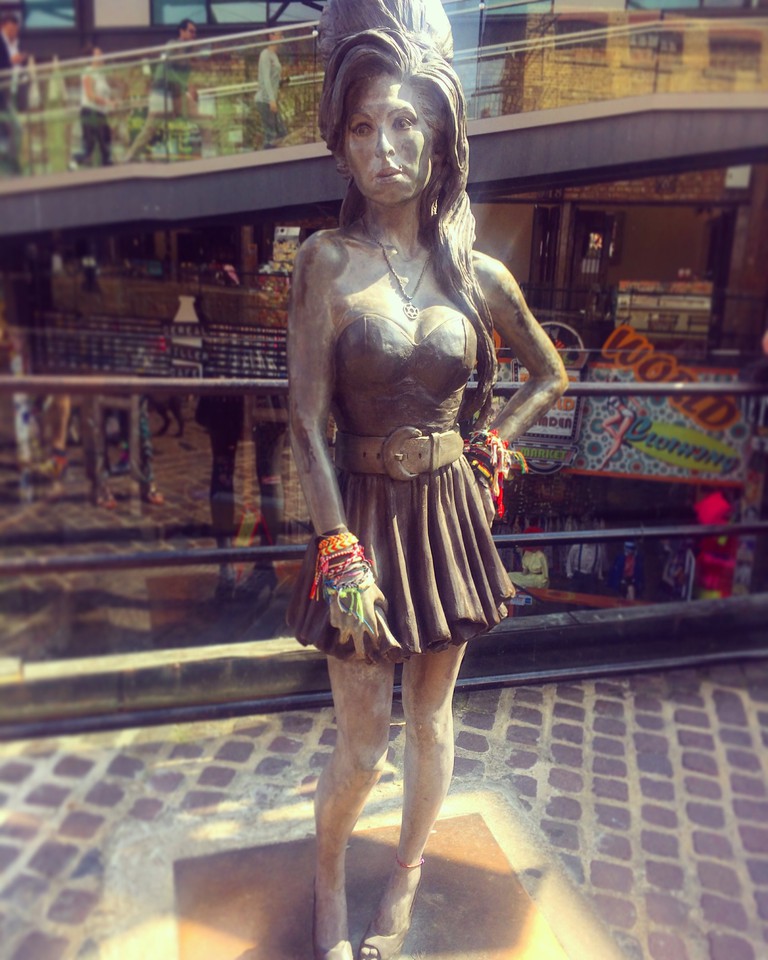 Amy Winehouse Statue | courtesy of Angie Quinn
Sporting her signature beehive hairstyle, familiar dress and a content expression, a bronze life-sized statue of talented Amy Winehouse graces the bustling Stables Market. The iconic sculpture was unveiled by her parents in 2014 and has since created the perfect memorial for the local musical legend.

Madness and The Dublin Castle 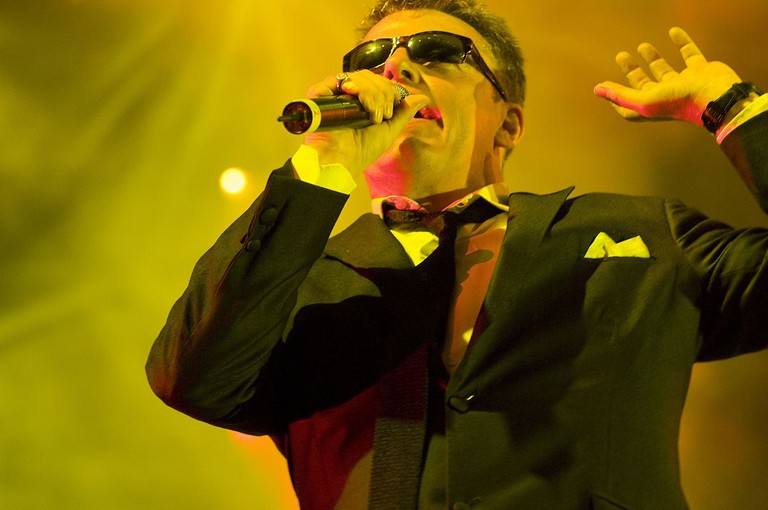 Madness’ leading man Graham ‘Suggs’ McPherson | © Quibot/WikiCommons
Formed in the late 1970s, popular ska band Madness was created in Camden Town; they were regulars at The Dublin Castle before taking the world by storm with hits including ‘One Step Beyond’, ‘Baggy Trousers’, and ‘House of Fun’. Fronted by Graham ‘Suggs’ McPherson, the band is still together today, performing at Glastonbury 2016. The Dublin Castle hosts four musical acts every night, and has been graced with gigs from the likes of The Arctic Monkeys, Blur, The Killers, and many more. 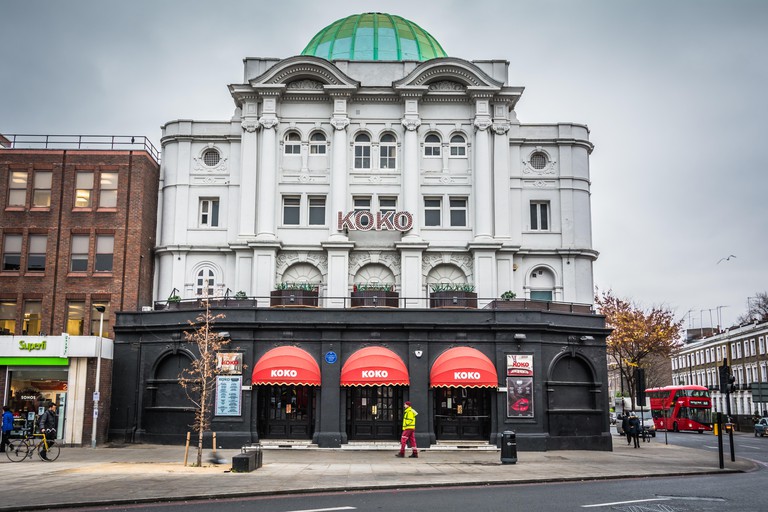 KOKO is a popular music venue in Camden Town, London | © Jansos / Alamy Stock Photo
KOKO has historically changed many times. First opening as a cinema in 1913, the venue then became known as The Music Machine and a popular haunt for the Punk era – with The Clash taking residency in 1978. Then in 2004, KOKO was born and has since accommodated concerts from such luminaries as Prince, Paul Weller, Bruno Mars, Noel Gallagher, Red Hot Chili Peppers, and Coldplay. 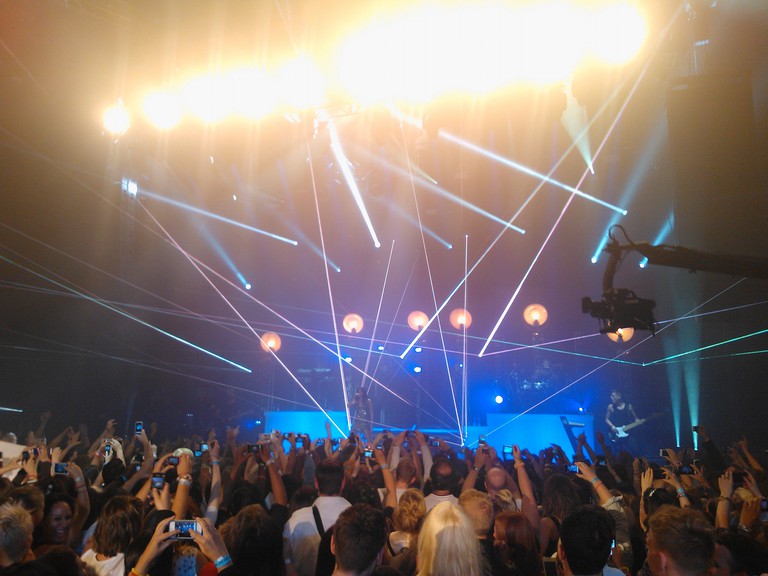 Jessie J at the Roundhouse | © whatleydude/Flickr
From being a railway repair shed in 1847, The Roundhouse, as we currently know it, opened in 2006; it is an inventive arena holding music-themed workshops and discussions on a regular basis. Playing host to the popular iTunes Festival in the past, with performances from Jay-Z, Sam Smith, and Kasabian, the venue also offers a variety of live shows, with Elvis Costello and Radiohead soon to be taking centre stage. 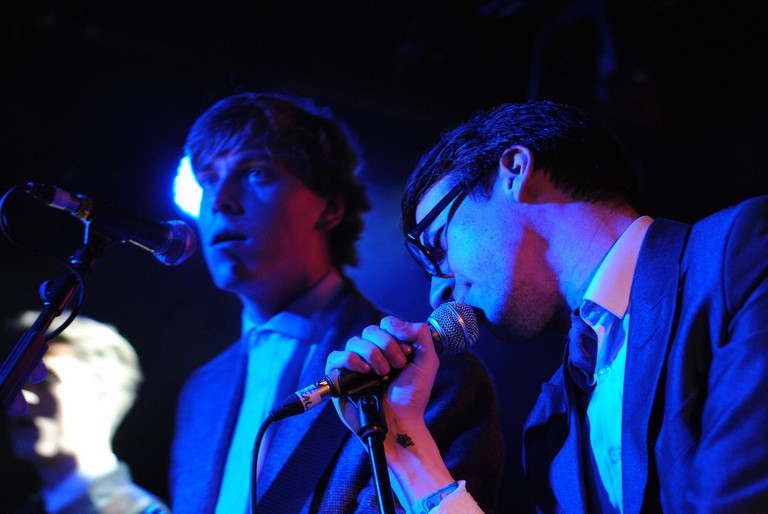 Barfly | © Adam Shoesmith / Flickr
A quirky boutique music venue, Barfly hosts indie, rock, and alternative live performances from some of the most talented up-and-coming bands, along with club nights. Being an official venue of the annual Camden Rocks Festival and chilled-out acoustic evenings are also some of Barfly’s highlights. 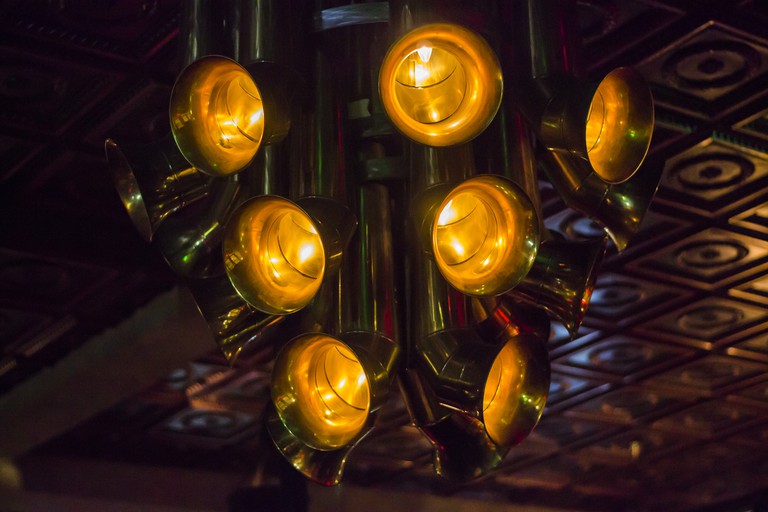 Instrumental Lights in The Blue's Kitchen | © MsSaraKelly/Flickr
The Blues Kitchen transports diners stateside with the very best of American BBQ dishes in the form of ribs, burgers, burnt ends, buffalo wings, and pulled pork. Not to mention, as you dive into a food coma you can be lulled to the sweet live sounds of blues, soul, and rock ‘n’ roll every single night. 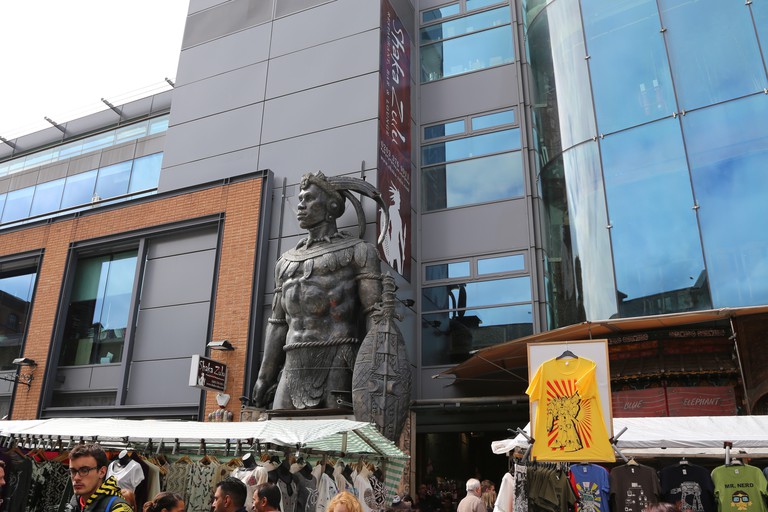 South African-themed Shaka Zulu is a remarkable restaurant, bar, and club spread across two floors in the Stables Market. Offering delicacies flavoured with an African essence, the venue transforms into a nightclub on weekends and entertains by hosting regular live music events. 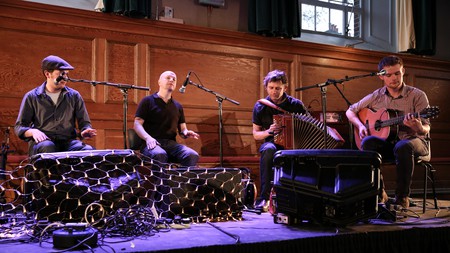 Folk music | Courtesy of Cecil Sharpe House
Give us feedback