A Guide to London’s Underground Rivers

Vauxhall Bridge on the Thames | Pixabay

Yes, you read that right, London is sitting on a whole network of underground rivers, often turned into sewers, which were buried under its expansion over the last couple of centuries. Landscapers today might have made features out of them, but back then they were considered a nuisance. They’ve left their mark on the city all the same. Let’s explore them some more.

Perhaps one of the most famous, The Fleet used to flow through St Pancras and Euston, when that area of central London was nothing but fields. However, the area became deprived – so deprived this is where Charles Dickens set Fagin’s Den in Oliver Twist – and the river was polluted with human waste and dead animals, and it eventually got turned into a sewer. It is possible to find a stretch of it up at Hampstead Heath, but it swiftly disappears underground.

Although many of the old rivers are no more than a trickle nowadays, their impact is still felt above ground, often in twisting and turning boundaries between different areas of London. The River Westbourne used to run between Chelsea and Westminster, but it came to an end when the wife of George II ordered that it be dammed to create the Serpentine in Hyde Park. The water, however, was too polluted for the aesthetic of the park and it now trickles underneath. 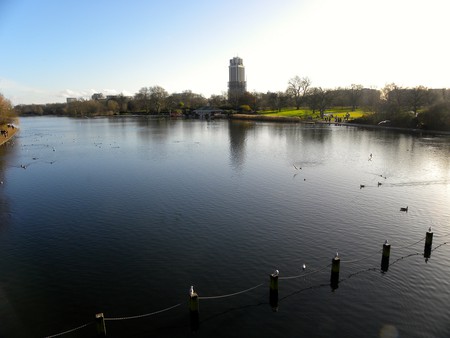 A river once flowed through the Serpentine | © Rev Stan / Flikr

Once a famous fishing stream, the River Tyburn flowed from Hampstead through Regent’s Park and went into the Thames at Pimlico. A society for its restoration wants to see it flowing again, but it would mean losing parts of Mayfair (and Buckingham Palace) to the waters.

This ancient stream flowed through the original Roman settlement of London, in what is now the City of London, and is thought to have got its name because it ran along the outer walls. A Roman temple to the god Mithras was found on its original bank a few decades ago. As early as the 1600s, parts of the river were bridged and then paved over as the city grew, although part of the river powered a mill until the 19th century. It’s now one of the major ‘lost’ rivers of London.

Hackney Brook once linked Clissold Park, Stoke Newington Common, Hackney Downs and Hackney Wick, as it ambled around the plains and marshes of East London before joining the River Lea. It is thought that there was once a ford where the train line crosses Mare Street at Hackney Central, and it was a formidable river until the 1830s. When the East End became little more than a huge slum, the Hackney Brook became full of sewage, so it was turned into a sewer and diverted to join a larger network. It is now lost somewhere under East London in miles of piping. 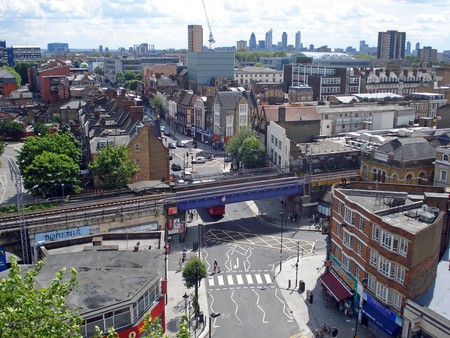 There was once a river here | © diamondgeezer / Flikr

The ancient River Effra was first diverted in the 13th century, as it flowed around Brixton and Peckham, to head through Kennington on its way to Deptford Wharf. Branches of it flowed through Tulse Hill and Dulwich until the 1800s, when a need for a comprehensive sewer system in the south grew too great and the river became the Southern High Level Sewer. The banks of the cricket ground at Oval were made with earth dug up to bury the river.

Enclosed in 1823, a tiny portion of the River Peck (around Peckham) can be found in Peckham Rye Park. It joins the Earl’s Sluice – another hidden river, named after the Earl of Gloucester by Henry I – and they both end up in the Thames at Deptford. 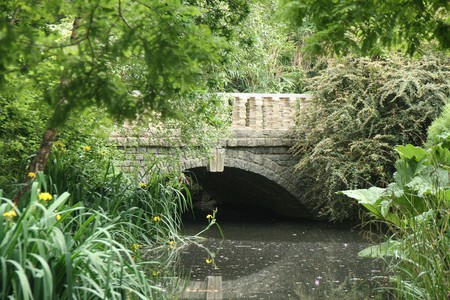