A student in the studio at the Royal College of Art
As one of the world’s creative capitals it is hardly surprising that London plays hosts to multiple world-renowned art schools. With each institution boasting impressive alumni lists as well as specialist practitioners on staff, it is no wonder that students travel across the globe to join these varied and inspiring courses. So whether you have a passion for painting or an obsession with sculpture, consult our definitive guide and start on the road to an artistic education.

Park, University
A student in the studio at the Royal College of Art
This prestigious postgraduate university specialises in art and design innovation, with 24 courses across six different schools. It is best known for its historic campus in Kensington, just moments from Hyde Park and the Royal Albert Hall (where its graduate ceremonies are held), but it also has a sizeable site in Battersea that will be soon be joined by a new White City location, where the BBC headquarters used to stand. Notable alumni include artists David Hockney and Tracey Emin, as well as design innovators James Dyson and Thomas Heatherwick.
More Info
Open In Google Maps
Kensington Gore, South Kensington, London, England, SW7 2EU, United Kingdom
+442075904444
View menu
Visit website
Visit Facebook page
Send an Email
Give us feedback

This privately run school was founded in 1797 and still places emphasis on carefully selected students. With a total of only 17 pupils per year group it is able to offer completely free three-year postgraduate programme with added bursaries for producing new work. Unsurprisingly, the school calls upon its own Royal Academicians and school alumni to offer an impressive programme of teaching and debate, as well as offering enviably large studio spaces situated within the Royal Academy itself. 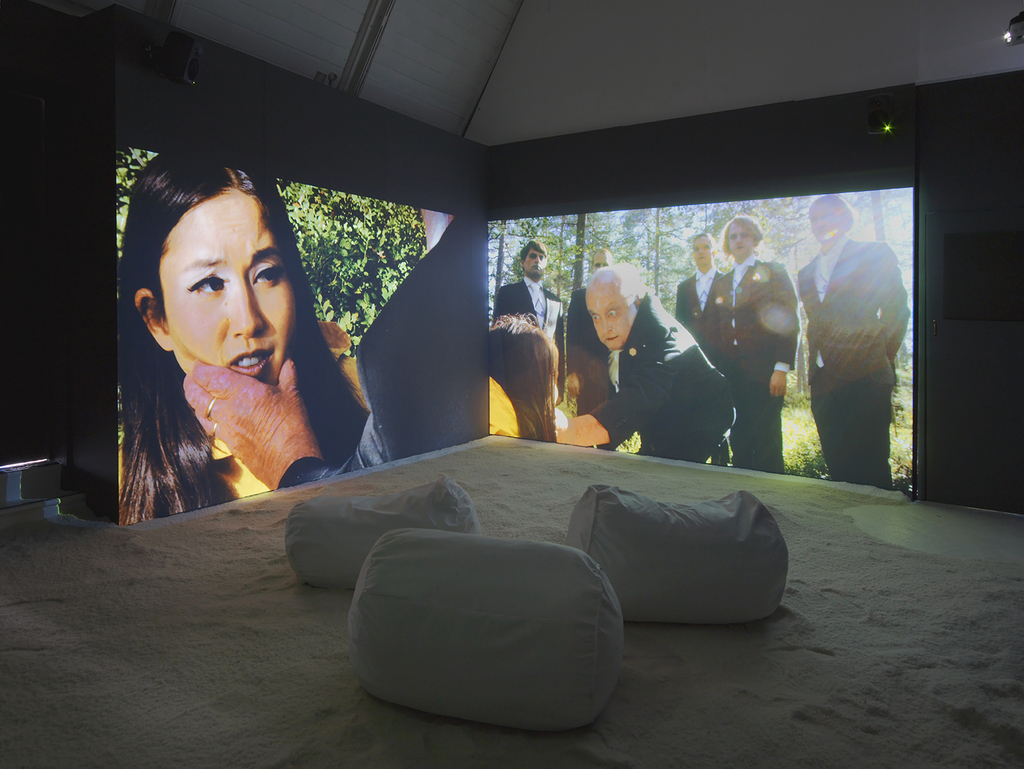 School, University
Felix Slade opened this groundbreaking school in an effort to elevate art education to the same level as that of other humanities subjects. From the outset it offered equal access to both men and women – something of a pioneering act for the period. Since then the school has educated some of Britain’s greatest artists, including modernists such as Stanley Spencer, Dora Carrington and Ben Nicholson. In more recent history it has counted revered contemporary artists such as Bruce Maclean and Phyllida Barlow among its staff, who have educated a new generation of exceptional practitioners.
More Info
Open In Google Maps
Gower Street, Bloomsbury, London, England, WC1E 6BT, United Kingdom
+442076792313
View menu
Visit website
Visit Facebook page
Send an Email
Give us feedback

University
A student puts the finishing touches to her degree show at Goldsmiths
The south London college is arguably best known for incubating the UK’s most radical art group in recent memory– the YBAs. Many of the key members graduated in the late 1980s, including Damien Hirst, Sarah Lucas and Sam Taylor-Johnson. These three artists (among others) recently auctioned off work through Christie’s to raise funds for the college’s new gallery, which has been designed by the Turner Prize-winning collective Assemble. This is the second major architectural unveiling in recent years, following a purpose-built block that houses the art department that was unveiled in 2005. The aluminium-clad building was designed by Will Alsop and is identifiable due to an enormous sculpture akin to a giant scrawl, which sits on the tower’s terrace.
More Info
Open In Google Maps
8 Lewisham Way, New Cross, London, England, SE14 6NW, United Kingdom
+442079197171
View menu
Visit website
Visit Facebook page
Send an Email
Give us feedback

School
This south west London school focuses in the visual and theatrical arts. It is known for its specialist workshops and on site theatre, as well as being able to offer more sizeable studio spaces than its urban counterparts, accompanied by the areas ample green space. The school has nurtured an array of successful contemporary artists including Yinka Shonibare, Peter Doig and Tony Cragg.
More Info
Open In Google Maps
Merton Hall Road, London, England, SW19 3QA, United Kingdom
+442075149641
View menu
Visit website
Visit Facebook page
Send an Email
Give us feedback

School
This independent not-for-profit institution in Kennington has a strong emphasis on intensive programming, with students expected to dedicate five days a week to on-site study. The school began with strong ties to Britain’s industry in the mid 1800s, including pottery magnate Henry Doulton, who gave students the opportunity to work in his studios. It was also actively involved in regeneration after World War Two, founding restoration and carving courses that served to rebuild the city’s architecture and monuments destroyed by the Blitz. Today the Historic Carving Postgraduate Diploma is the only remaining course in the country that offers training to such a high level.
More Info
Open In Google Maps
124 Kennington Park Road, Prince's, London, England, SE11 4DJ, United Kingdom
+442077352306
View menu
Visit website
Visit Facebook page
Send an Email
Give us feedback

University
LCC Interaction Design Arts student Sara Tavasolian's degree show
Although it might not inhabit the most scenic location (in a tower block right on Elephant and Castle’s gargantuan roundabout) this college still nurtures a creative environment across a variety of arts courses. It was previously known as London College of Printing, which accounts for its sizeable screen printing and bookbinding studios, but the new name reflects its media courses across photography, journalism and advertising. It was here that Jefferson Hack and Rankin founded Dazed and Confused magazine, with more recent graduates including innovative photographer Juno Calypso. The collegealso hosts the Stanley Kubrick Archive in an enormous 800 metre-long facility, which is fittingly hidden behind a mysterious, frosted glass doorway.
More Info
Open In Google Maps
Elephant and Castle, Elephant and Castle, London, England, SE1 6SB, United Kingdom
+442075146500
View menu
Visit website
Visit Facebook page
Send an Email
Give us feedback
Give us feedback