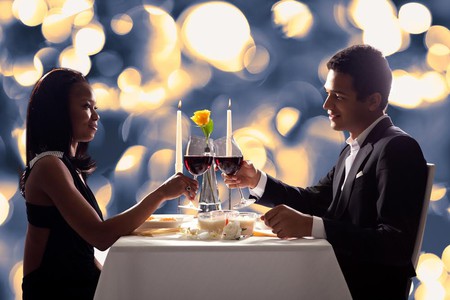 Many many years ago, single and living in South London, I found myself having a drink in a pub with two single female friends on the evening of February 14. We were a bit peckish, and asked about a table for three in the pub’s restaurant area. ‘A table for three? Tonight?” said the manager eyeing me up and down closely, “but it’s Valentine’s night!” He then pulled back a curtain to reveal row upon row of single tables a mere 8” apart, with couples uniformly turning their heads, blinking in the candle light and all looking at the three of us in astonishment.

Ah Valentine’s day, when people who don’t regularly eat out, eat out. A meal to be ‘enjoyed’ in the close company of other couples (none of whom you must look at but whose every word you can hear) in a hushed ‘romantic’ silence reminiscent of the exam hall.

Here then, are just some of the reasons why it’s the worst time to eat out:

There are no foods that are scientifically proven to increase sexual desire, none. So all those menus featuring chocolate, oysters or in some cases both are a waste of time.

Kissing in public, in a restaurant no less, full of actual other couples, all looking at you and scoring your efforts – the horror.

Dutch courage will win the day. 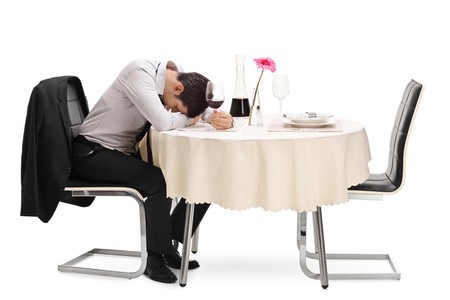 The food is always terrible

You absolutely cannot look at your phone

Even though you’re dying to. 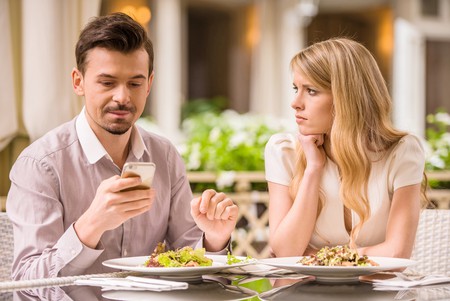 Couple in a restaurant with the man messing with he phone

If you buy one, you look like a cheap sucker, if you don’t, you look tight. 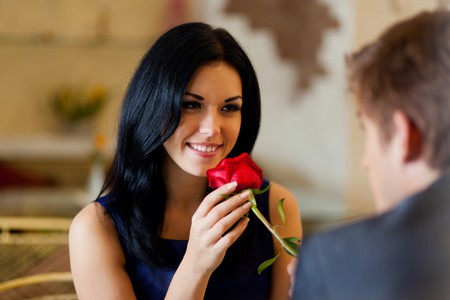 The staff don’t want to be there either

Unlike Christmas, they’re not even on double time. Plus no large groups means more work for them as every table is a two. And you better tip!

The couple next to you are better looking

Both of you know this to be true, neither of you mention it on the journey home.

But don’t just take my word for it, here’s a former general manager who worked many a Valentine’s night, speaking on condition of anonymity.

It’s February 14 and you want to express your love for your significant other so you think take them out to dinner. Sure, we’ll book you in and make damn sure that your stay doesn’t exceed the 90-minute table turn time; in at 7pm billed and out by 8.30pm just as the evening’s hotting up. That table reset so fast the next set of diners travel back in time.

To take the pain out of any decision making we’ll up-sell a menu to you – only £75.00 for five courses – of fabulously rampant gross profit generating tawdriness with a glass of bubbles thrown in. As you’ve not got to discuss what you’re going to order, you can use that time to sit in silence like all the other couples in the restaurant apart from when you gladly and gleefully engage with your charming and erudite waiter who breaks the silent rage across the now flat prosecco and the room temperature oysters.

But after the cacophony of Decembers office Christmas dinners and the January freeze in turnover, we do welcome you with grateful and open arms. For all those reasons above it’s one of the worst evenings to come out and dine, but do come. We need you star crossed lovers. Come out and spend, spend, spend.