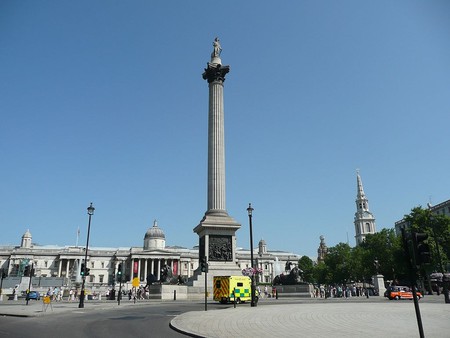 Nelson has outposts all over the world

It’s not just Trafalgar Square that has a monument to commemorate Lord Nelson. From a tower in Edinburgh and columns in Glasgow and Montreal to statues in Liverpool and Barbados, there are tributes all over the former British Empire that laud Admiral Nelson’s services safeguarding Britain from the Napoleonic forces of the First French Empire. 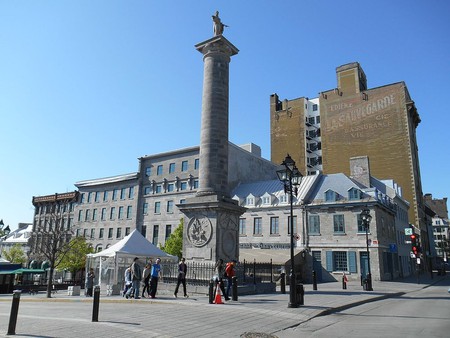 Just south of Trafalgar Square, Admiralty House on Whitehall served as the official residence of the first Lords of the Admiralty from its opening in 1788 until 1964. Nowadays it’s used as ministerial residence and for UK government functions – but that doesn’t mean Lord Nelson isn’t still keeping watch.

Nelson used to have a pillar in Dublin

Prior to a 1966 bombing widely believed to have been carried out by the IRA, Nelson’s Pillar stood tall over O’Connell Street in the heart of Dublin. The site stood empty for years, with all proposals for a replacement monument proving too controversial – either politically or aesthetically – until the 121m Spire of Dublin was eventually erected in 2003. 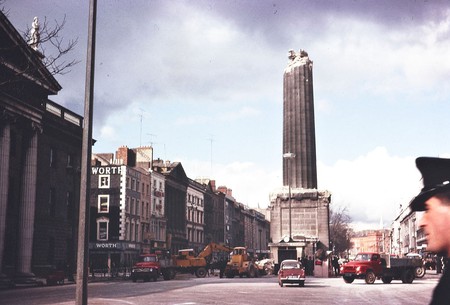 Nelson has a chip on his shoulder

Nelson has endured many storms since he was first hoisted above Trafalgar Square in 1843, but one particular storm in 1896 saw his left shoulder chipped when he was struck by lightning. He may have lost the use of his right arm in life, but this incident sparked fears he might lose his left arm, too.

France provided material for the column

Despite Nelson’s Column celebrating its defeat, France unintentionally provided material for it. The reliefs at the base of the column, which depict Nelson in the midst of his four most famous battles – the Battle of the Nile, the Battle of Copenhagen, the Battle of Cape St Vincent and the fateful Battle of Trafalgar, during which he died – were fashioned from captured French guns that were melted down and remoulded. 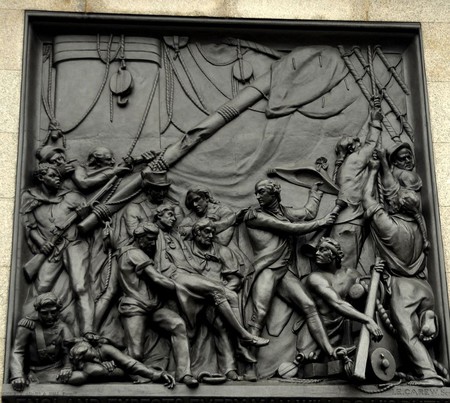 Nelson’s Column? More like the Tsar of Russia’s column

Back in the 1840s, it cost £47,000 to construct Nelson’s Column – that’s worth at least a few million in today’s money. But it wasn’t public money that constructed the column. The funds were raised from private patrons, with Tsar Nicholas I of Russia contributing £12,000, over a quarter of the total sum.

How about Hitler’s column?

It’s no secret that Adolf Hitler was fascinated by Britain and its empire. But not too many people are aware that if Operation Sea Lion – the Nazi plan for invading the UK during World War II – had been successful, Hitler planned to relocate Nelson’s Column to Berlin.