10 Logo Histories And Meanings You Should Know 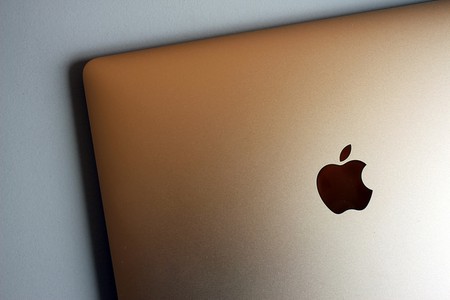 Some graphic signs are rooted deeply in human conscience. We tend to remember and associate good and bad experiences with certain visual representations. Nowadays when we are faced with a huge amount of advertisements and products, brands rival with each other to gain the customer’s attention. One of the ways to do it is with an appealing logo – easy to remember and aesthetic. Among many of them, there are those which become permanent elements of our culture.

Who does not know the black and white siren surrounded by a green circular band with the coffee’s name? The brand’s wide range of available flavours and ingredients are encapsulated in the logo. In Greek mythology, sirens were half-female, half-seabird creatures of great beauty, living on the sea. Their main occupation was to sing charmingly to sailors passing on their ships and lure them on the rocks. However, the siren from Starbucks’ logo is twin-tailed and there is a theory that she is a melusine. In medieval mythology, the melusine was a woman whose limbs changed into a tail every time she bathed. She met the Duke of Aquitaine, who wanted to marry her. She agreed on one condition – he would not disturb her on Saturdays when she used to take baths. Obviously, her husband broke the promise, and she transformed into a dragon and ran away. 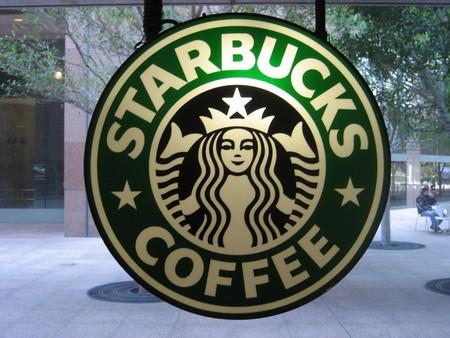 The famous yellow M-shaped logo of the world’s biggest chain of hamburger restaurants does not come from its first letter. When brothers Richard and Maurice McDonald opened their drive-in restaurant in 1940 in San Barnardino, California, they probably did not expect such a quick road to success. Barely 12 years later, they decided to build a bigger building for their profitable business and decided that they wanted to have two arches on opposite sides of the structure. Their wish was fulfilled and the new premises opened in 1953 in Phoenix, Arizona. In 1962, the current logo was created. First, a V was proposed, but then it was changed to M – inspired by the view of the restaurant from a certain angle. From that day on, The Golden Arches were born and became a symbol of commercialism. 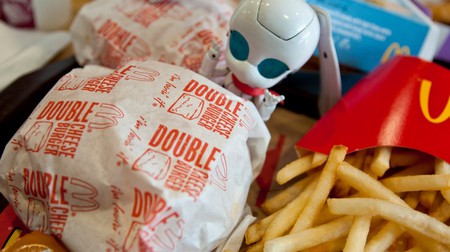 One of the most obvious connotations behind the Apple logo is the story story of Adam and Eve and the bite of knowledge. Surprisingly, it has nothing to do with that. The original logo was created in 1976. and represented Isaac Newton sitting under an apple tree. The next version was the famous apple in colourful stripes and appeared just one year later, replacing the detailed Isaac Newton picture. One theory says that the colorful stripes appeared on Apple’s logo in order to distinguish it from IBM’s (International Business Machines Cooperation) logo. Another suggests it was influenced by hippy culture, and also represents the colour bars on the screen of the Apple II, released the same year. Next, the apple went through phases of blue, silver before becoming the black minimalist design we know today, mirroring the changing design of the computers.

The BMW roundel is one of the most recognisable car logos in the world. Until recently, the most common and admittedly very probable theory behind its creation was that it was linked to aircraft machines, and that the idea came from a BMW aircraft magazine cover from 1929, and is modelled on a rotating air-screw. Surprisingly, this is not the case! BMW was originally called Rapp Motorenwerke; it was in 1916 that the name was changed, and originally, the logo had a horse’s bust in the centre. Now it shows the brand name on the outer circle and on the inside are quadrants with the Bavarian Free State colours – white and blue. 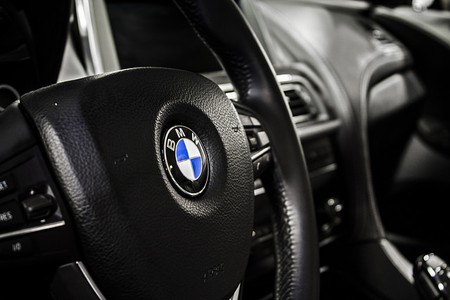 Twitter’s co-founder officially admitted that portal’s logo is called Larry the Bird and that it was named in honour of Larry Bird, one of the world’s greatest basketball players, from the Boston Celtics in the NBA. Along with the development of the company, the bird changed. The stronger Twitter grew, the bigger Larry’s became. When the present logo was launched in 2012, Doug Bowman, Twitter’s Creative Director said it is ‘crafted purely from three sets of overlapping circles — similar to how your networks, interests and ideas connect and intersect with peers and friends.’ 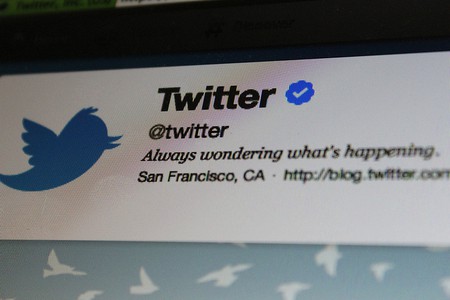 The company started off in Germany as a family business and was registered by Adolf (Adi) Dassler as ‘Adi Dassler Adidas Sportschuhfabrik‘. Its original logo did not have a specific shape, however there was one essential element to all their products – three black stripes. Later it developed into a black trefoil leaf with three white stripes on it, to represent constant development of the brand. The latest version consists of three sloping black stripes, which have more meaning. They are supposed to resemble a mountain and people’s struggles in challenging themselves in whatever sport, presumably while wearing Adidas shoes. 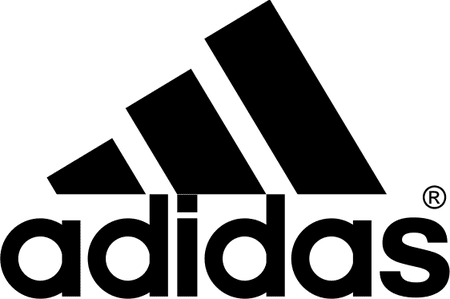 Who could tell that the logo for the world’s most renowned men’s entertainment magazine was supposed to be a stag? Art Paul, the designer of the famous rabbit wearing a tuxedo bow tie, created it in around 10 minutes in 1953. Hugh Hefner admitted that these animals have traits which he personally considers to be a symbol of masculinity; they reproduce a lot, and do not have much consideration for the offspring. Playboy supposedly represented a real man’s world and was about the real men. Despite common connotations with pure eroticism, the magazine promoted lifestyle and culture, for example by organising Playboy Jazz Festivals and Playboy Clubs. Its founder became a role model for many men and both the rabbit and the bunnies came to shape modern concept of manhood. 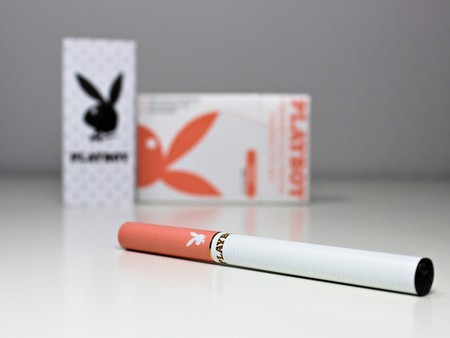 There is no better symbol for fulfilling children’s dream than Walt Disney. For almost 100 years the movies have been inspiring generations. The Disney logo that we know nowadays is a fairy tale castle with Disney written over it. Since the opening of the first theme park in Anaheim, Minnesota in 1955, Disneylands all over the world were intended to have a Cinderella’s castle. After the release of Sleeping Beauty in 1959, the castle became hers and was modelled on the Neuschwanstein Castle in southern Germany. Since that time, the logo has evolved and almost every movie has its different variation related to the characters within.

The logo of one of the world’s most recognisable beverages has evolved throughout the company’s history. In 1903, when the Pepsi Cola drink first appeared in the shop, it bore a circular shape logo. Since, it has always had a three-dimensional nature, with two halves of the globe in red and dark blue and a white swirl in the middle. The Pepsi Globe logo remained the same shape until 2008 when it was redesigned by New-York based Arnell Group for $1 million, which caused much controversy and criticism. A 27-page long scientific document entitled ‘Breaking The Code For Innovation. From Convention To Innovation’ leaked onto the Internet and proved the Pepsi Globe to be based among other things on the Golden Ratio, feng shui and the laws of physics. It was satirically named the Da Vinci Code of branding. 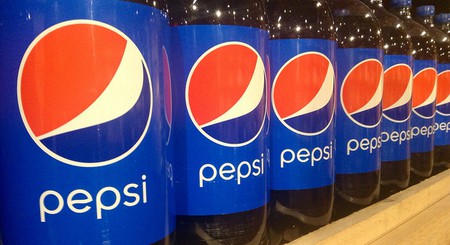 The founder of this fashion company, Gianni Versace, opened his first boutique in Milan in 1978. He grew up in southern Italy, which was highly influenced by Greek mythology. This inspiration with gods and hybrid monsters caused young Gianni to choose a head of Medusa for his logo. Mythological Medusa was a woman with hair of snakes, who turned everyone who looked at her in stone. Because of her beauty, she was raped by Poseidon in Athena’s temple; disgusted by what had happened, Athena turned her head into snakes. In another myth, Perseus conquers Medusa by confronting her with her own reflection, which kills her. The high fashion brand’s logo is not only a mythological creature, but also a statement about Versace fashion. The founder admitted that to him, Medusa ‘is seduction, a sense of history, classicism… she is fatal attraction.’ 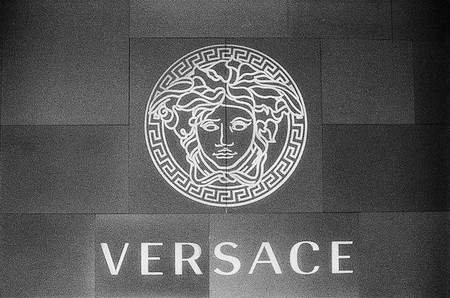