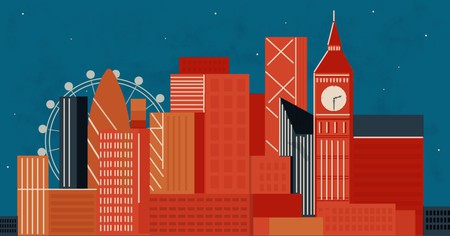 People have been living along the strip of the Thames River that courses through Central London for thousands of years. Born of fire, plague and conquest, London’s history is written all over the city – you just need to know where to look.

More than red double-decker buses and warm beer, London has evolved over its 2,000-year existence to become one of the most culturally relevant cities in the world. Its history, often marked by war, disease and fire, shows the determination of Londoners to distinguish the capital as a place of innovation, culture and growth.

Where does the name London come from?

The chalk-rich banks of the River Thames made the area desirable for settlement long before Romans claimed the region as their own in 43CE. The Roman settlement along the Thames was roughly the size of Hyde Park and was known to the Romans as Londinium.

It is thought that this is where the modern name derrives, but some scholars of early Druidic cultures suggest the name actually originates from Llandin, the early Welsh name for modern-day Parliament Hill.

Why did William the Conqueror build the Tower of London?

These days, tourists flock to the Tower of London to admire the crown jewels and Tower ravens, both of which are safely guarded by Yeomen Warders who live within the Tower walls.

The tower was built in 1078 by the Norman monarch William the Conqueror, who invaded Anglo-Saxon Britain in 1066. The original structure, known as the White Tower, was meant to demonstrate the strength of his rule to the British people.

William’s White Tower served as the royal residence for much of its 900-year existence, but by the 16th century the Tower of London had become known more for its function as a prison. To this day, visitors can see etchings on the walls left by political prisoners dating back to the Tudor era.

Starting out with fever chills and aches of the flu, bubonic plague progresses quickly, covering the body in painful cysts called buboes and often resulting in death. Luckily, bubonic plague is a rare occurrence in the modern era but it was a sporadic threat in London for more than three centuries.

The first major epidemic, referred to as the Black Death, wiped out nearly half of the city’s population between 1347 and 1351. Relief only came when cold weather temporarily stemmed the flea population, as the plague was predominantly spread by fleas that fed on healthy people after feeding on infected humans or rats.

According to the Museum of London, “A major outbreak of the disease struck roughly every 20–30 years, killing around 20 percent of London’s population each time.” This ended with the last plague outbreak, between 1664 and 1665, but the plague left a lasting mark on the city, with a peppering of plague pits throughout London. 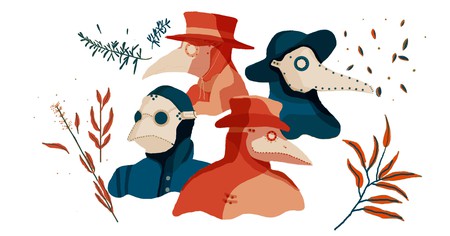 Only a year after the last bout of plague, the Great Fire of London further devastated the city – though beneficially it wiped out much of the plague-infected rat and flea population.

London has experienced many fires throughout its history, but the 1666 fire is most well known for the level of destruction it wrought – the fire destroyed just under 70 percent of London buildings, including the original St Paul’s Cathedral.

While much of the rebuild maintained the original layout of the capital, residential neighbourhoods shifted as the wealthy moved out of the densely populated city centre. London began to look quite different as, perhaps to avoid another large-scale fire, wooden structures were replaced with less-flammable brick, permanently altering the city’s fabric and aesthetic.

Few Londoners today could imagine getting around the city without the complicated network of trains weaving their way deep beneath the streets. The Underground, known by locals as the Tube, is such a London institution that its map design features heavily on tourist memorabilia.

The Tube revolutionised how cities planned public transit systems, spawning imitations in other major metropolises such as Paris and New York. 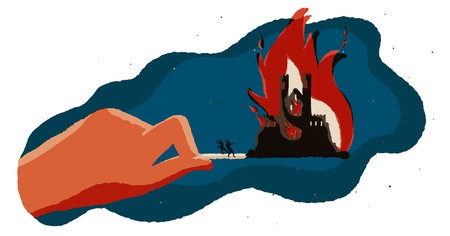 Suffragettes stood their ground at the Houses of Parliament in 1907

Over a decade before women were given the right to vote in 1918, 15 suffragettes made their way to the Houses of Parliament lobby on 13 February, where they protested for women’s right to vote.

While women’s suffrage has become standard in most modern-day countries, back then suffragettes faced imprisonment and cruel treatment in their effort to gain voting rights. Today, a statue of suffragette Millicent Fawcett stands in Parliament Square as a reminder of the battle fought for the right to vote. 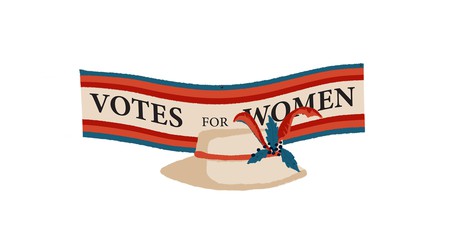 While wartime bombings affected London in both world wars, it was the Blitz that truly altered the cityscape forever. This heavy bombing by German forces began in September 1940 and lasted for 57 days.

The bombings left parts of London in ruins, and when the war ended in 1945 much of the city had to be rebuilt. To help aid with the loss of Londoners’ homes, council housing was built throughout the city, and major cultural projects such as the South Bank’s Royal Festival Hall breathed life back into post-war London. The severe devastation was also tinged with a silver lining when Roman ruins were found underneath the rubble; these ruins can now be seen around Central London and at the London Mithraeum.

In 1948, the Empire Windrush brought British citizens from the Caribbean to London, prompting a new conversation about Britishness

After World War II, the British government passed the British Nationality Act of 1948, creating the status of Citizen of the United Kingdom and Colonies, which granted citizenship to all British subjects.

Invited by the British government to fulfil a post-war labour shortage, newly dubbed citizens from the Caribbean boarded the HMT Empire Windrush in Jamaica and landed on the UK shores in 1948. Full of hope, Caribbean migrants did not expect their arrival to expose them to racially motivated discrimination and violence.

After racial tensions reached a head with the Notting Hill race riots of 1958, the Caribbean community created safe spaces to express Caribbean culture and tradition. Today, Carnival celebrations have become one of London’s most anticipated events of the summer.

A series of coordinated Tube bombings on 7 July 2005 had the potential to fracture London’s sense of community. But while the attacks initially stoked fear among Londoners, they also resulted in the residents coming together in the form of public vigils, individual acts of heroism and defiance in the face of fearmongering. Rather than breaking the city, the 7 July attacks pushed Londoners to strengthen their community within the massive capital.

The 2012 Olympic Games saw London shine as an international metropolis

The day before the July 2005 attacks, London won the bid to host the 2012 Summer Olympic and Paralympic Games. While London’s celebrations were interrupted by the violence, the 2012 games buoyed spirits in the capital and gave Londoners something to look forward to.

The international games were a moment for London to showcase its strength as a cultural centre full of people from varied backgrounds, and the displays at the games demonstrated how the capital’s history of resilience continues into the 21st century.