Writing the Dreaming Spires: The 10 Best Books Set in Oxford

Even if Oxford has undergone great change over the centuries, its historical past continues to fascinate, notably through its rich literary history. To celebrate this tradition, here’s our picks for the 10 best books set in the City of Dreaming Spires. 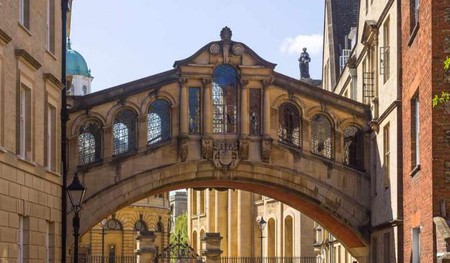 The ‘Bridge of Sighs’ at Hertford College | © Godot13/Wikicommons

The most famous Oxford novel, Evelyn Waugh’s masterpiece recounts how Charles Ryder, a history undergraduate at Hertford college in the 1920s, meets the aristocratic Sebastian Flyte and his subsequent fascination for the Roman Catholic Flyte family’s world of privilege. Though most undergraduates today have little in common with Sebastian Flyte and his friends, this is the quintessential Oxford novel, crystallising a certain idea of Oxford in the collective consciousness. But it’s a lot more than that too, with not only delightful satirical elegance but also a reflection on religion, with the idea of ‘divine grace’ at its very heart. 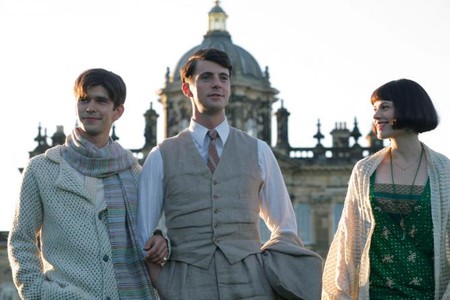 The Moving Toyshop by Edmund Crispin

Oxford has also been the setting of many fictional crimes. One of the best examples is the charmingly eccentric affair at the heart of Edmund Crispin’s 1949 novel: a visiting poet finds the strangled body of an old woman in a toyshop, but by the next morning the shop has turned into a grocery store and the corpse has vanished. At the centre of the work stands the ‘charming, frivolous, brilliant and badly behaved’ literature don Gervase Fen, who gleefully breaks the fourth wall as he investigates. Its wit and inventiveness have made The Moving Toyshop a classic comic crime novel.

His Dark Materials by Philip Pullman

Philip Pullman’s best-selling trilogy of fantasy novels takes place in multiple locations in many parallel universes but it has earned a reputation as ‘Oxford fiction’, because of the importance of an alternate version of Oxford in the first book, The Northern Lights (1995). This first novel follows Lyra, a girl who is brought up in the fictional Jordan College in a world where humans have animal companions called dæmons, a mysterious organisation is kidnapping children, and an elementary particle, Dust, is being researched at the college. The plot grows more complicated, alluding to concepts from theology, physics, and philosophy, but all three books are also real page-turners, with fantasy elements like armoured polar bears. For more about the alternate Oxford, find a copy of Lyra’s Oxford, a companion book to the trilogy. 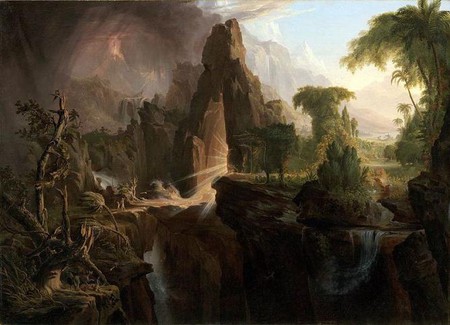 Expulsion from the Garden of Eden, Cole Thomas | © Museum of Fine Arts, Boston/WikiCommons

Another mystery novel, Gaudy Night (1935) is part of a series by Dorothy L. Sayers featuring gentleman detective Lord Peter Wimsey and crime writer Harriet Vane. It deals with a series of increasingly dangerous malicious pranks at the fictional Shrewsbury College, Harriet’s alma mater. The twists and turns of the detective story make for a compelling, suspenseful read but Sayers’ work is also celebrated for its exploration of serious themes, like the tension between love and independence and women’s right to education. It’s even been described as ‘the first feminist mystery novel’.

The Last Enchantments by Charles Finch

Charles Finch conjures up a vivid portrait of the University of Oxford in this 2014 novel about Will, an American student who, dissatisfied with his budding political career, sets out on a year at Oxford. He soon discovers Oxford’s social scene, revelling in croquet, cocktail nights, ‘bops’ (college parties), pub trips, and general drunken antics. But underneath this vibrant new life runs an undercurrent of loss and longing, as Will yearns for the girlfriend he left behind just as he finds himself falling for a fellow student and having drunken encounters. The descriptive passages are lovely, perfectly capturing not only the city of Oxford but also the joys of exploring any new place for the first time. 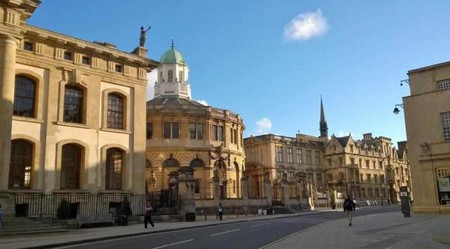 To Say Nothing of the Dog by Connie Willis

Oxford’s past is celebrated in fiction and non-fiction, but what about its future? Connie Willis’ comic science-fiction novel from 1997 gives reader a picture of Oxford in 2057, when the history department uses time travel for research. The science-fiction element allows the plot to also jump back to 19th-century Oxford, offering a delightful contrast between the two eras. It’s also a hilarious parody and homage to Victorian novels—think epigraphs, besotted young men, and cameo appearances by Sherlock Holmes, Hercule Poirot, and Lord Peter Wimsey (from Gaudy Night above). For more time-traveling Oxford historians, read the other two books in the series, Doomsday Book and Blitz.

This list wouldn’t be complete without Oxford’s most famous detective. The thirteen novels in Colin Dexter’s Inspector Morse series begin with Last Bus to Woodstock, published in 1975 and have inspired a number of successful TV series, notably the eponymous Inspector Morse and its prequel Endeavour. The plots are incredibly complicated but that makes them all the more fun to read, as readers try to solve the case along with the characters. The inspector is arguably a modern gentleman detective—he enjoys Mozart and Wagner, crossword puzzles, and classic literature—but his associate Lewis, a working-class Welshman, acts as a sympathetic foil, bringing freshness to the archetype.

Jude the Obscure by Thomas Hardy

Thomas Hardy’s Jude the Obscure may take place in the fictional city of Christminster but no one’s fooled: it’s clearly modelled on Oxford. It tells the story of Jude Fawley, a mason who dreams of being a scholar, and of the cousin he falls in love with, Sue Bridehead. Known for its extremely pessimistic outlook, Jude the Obscure (1895) is also a sharp critique of many social institutions. Among those targeted are the universities of Oxford and Cambridge for preventing social mobility through prohibitive costs: Jude wishes to enter the university in Christminster but, despite his assiduousness, he cannot afford it and thus is prevented from moving up in the world. This deeply radical book is today more relevant than ever as the debate rages over university tuition fees. 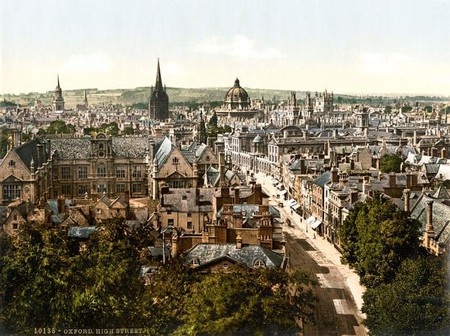 Philip Larkin was mostly known for his poetry, but his first novel shows he would have been just as successful as a prose writer. Jill (1946), an account of a young working class undergraduate’s life at Oxford University during World War II. Larkin, unsurprisingly, writes brilliantly, evoking with brilliance his protagonist’s displacement as he finds solace from his alienating upper-class surroundings in an imaginary young woman, Jill. The novel perfectly encapsulates that particular epoch, as well as the anxiety of early adulthood.

Zuleika Dobson, or, an Oxford love story (1911) is, despite its title, not really a love story but a dark satire of Oxford life. It follows femme fatale Zuleika, a prestidigitator by trade, who turns the all-male Oxford University asunder as the undergraduates all fall in love with her. What follows is a hilarious take on the ‘dying for love’ trope—remember Goethe’s Young Werther?—and on the aesthetic movement of the late 19th-century. The second part, more experimental, adds a supernatural element as the narrative switches to first person, with the narrator somehow able to see the ghosts of historical figures.