Why You Should Head to Yorkshire to See the Northern Lights 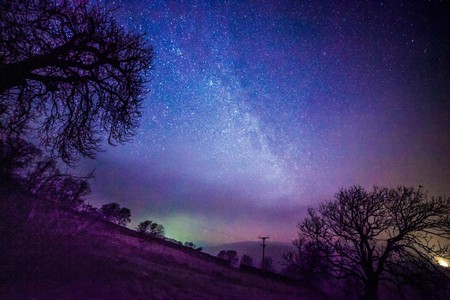 One of the most common experiences on people’s bucket lists is witnessing the Northern Lights; many travellers spending a great deal of time and money jetting off to far-flung destinations in the hopes of glimpsing the elusive green lights in the sky. Although a trip into the Arctic Circle certainly has its allure, not many people realise that you can actually watch the Aurora from much further south. Following the release of new photographs showing the Lights glowing over the North York Moors, it’s time to explore the full possibilities of the UK’s Dark Skies National Parks.

The Aurora Borealis is the result of electrically charged particles from the sun entering the earth’s atmosphere, subsequently creating dynamic displays in the night sky. The Lights are so elusive because you’re dependent on two unpredictable elements of nature to be able to view them: the strength of the lights and the cloud coverage in your local area. Even if there is increased solar activity, you’ll only be able to spot the Aurora on a clear night and when you are far away from light pollution.

Although the Northern Lights are most commonly seen in the far north of Norway, Finland, Sweden, Greenland and Iceland, they do often make an appearance further south, historically being seen even in France and Italy! To be visible on the mainland of the UK, the Kp strength (how the Lights are measured) must be at a level of 6 or 7. Available online, the Aurora Forecast predicts upcoming activity three days in advance, allowing enthusiasts to plan last minute travels. 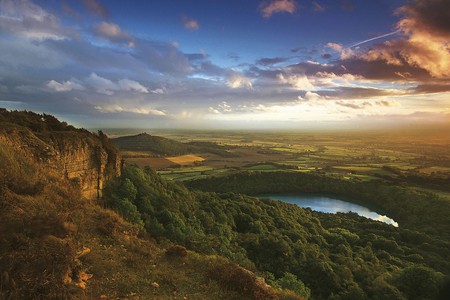 You may not be able to jump on a plane to Sweden on a whim, but if the forecast is good, it’s not too difficult to plan a last-minute getaway to one of the Dark Skies National Parks in the UK.

The North York Moors are one of the best places in the north of England to watch the Northern Lights, weather and strength of the Aurora permitting. The skies here are largely free from light pollution and surrounded by clear horizons, providing the perfect conditions for star gazing.

There are three Dark Sky Discovery Sites in the National Park, located at Sutton Bank, Danby and Dalby Forest. On a dark, clear night when the moon is new, it’s possible to see the Milky Way from these locations, and even the Northern Lights if they are strong enough.

Your best chance of seeing the Aurora would be to keep your eyes firmly peeled on the three day forecast, and to hop into your car if a level 6 or 7 is predicted. If you drive to a remote location close to one of the Dark Sky Discovery Sites, your chances of spotting the dancing red and green lights overhead will be greatly improved. 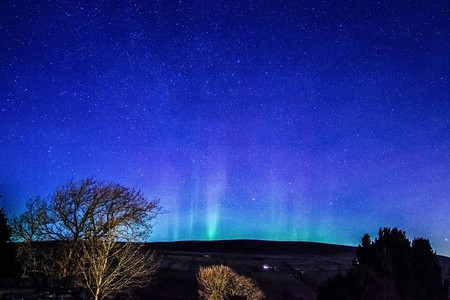 If the Northern Lights don’t make an appearance, don’t be disappointed. They’re famously elusive and difficult to predict, and even those who travel all the way to Lapland aren’t guaranteed to see them.

The North York Moors are one of the best spots in the UK for admiring the Milky Way, a sight that is just as impressive when viewed with the naked eye. During the autumn and early winter months, it’s possible to see the glowing stream of light streaming through the night sky. The Moors are also a great place to head to view meteor showers, such as the annual Perseids which make their appearance every August. 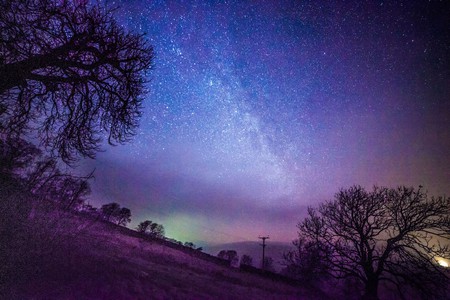 With the recent Aurora activity being so strong, it’s a great time to visit the North Yorkshire Moors or the nearby Yorkshire Dales, especially during the upcoming National Parks Dark Skies festival. From February 18 – 26, a series of events and activities will be occurring across the two National Parks (and in the South Downs), celebrating the night sky. Stargazing parties, night walks and cycles and a variety of workshops all aim to get people outdoors at night and to look up at the stars.

For the many people who dream of admiring the Aurora Borealis, it is reassuring to know that they can witness the ethereal lights without having to board a plane. The dark skies and tranquillity of the North York Moors and the Yorkshire Dales beckon for stargazers, Northern Light enthusiasts, and those who simply seek beautiful landscapes and a little peace and quiet.