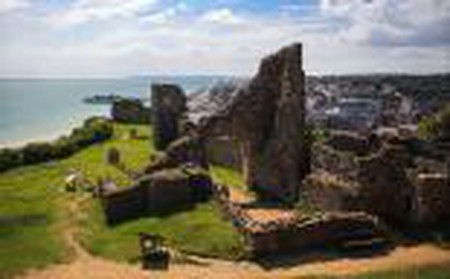 London’s Shoreditch is synonymous with the hip and the artistic. It does not, however, imply sea, sand and Sussex, which is what Hastings as an art destination brings to the table. In the recent years, Hastings has been developing its reputation as one of the UK’s cultural centres: and here are the reasons why any art and culture lover should visit this vibrant seaside resort. 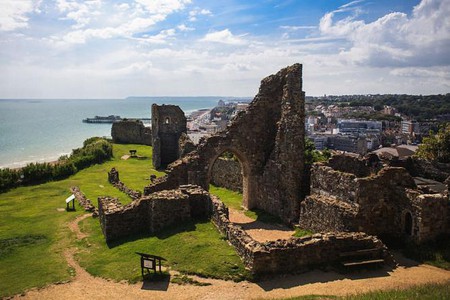 The act of ‘shoreditchification’ is becoming increasingly recognised in the British vernacular, especially inside the perimeters of the capital, and in popular media. The idea of ‘shoreditchifying’ implies erring towards the trendy, the carefully carefree, and hipster. Journalists are foaming at the mouth when they see how many boroughs and districts of the capital are undergoing this change to an established norm of coolness, and it appears that outside of the M25, this phenomenon is also spreading its wings.

However, this is not to say that ‘shoreditchification’ is an intrinsically bad thing. Before the era in which the idea was met with a derisive and derogatory sigh from art purists and music fiends, the concept of something alternative, buzzing, creative and inspirational was what defined Shoreditch. This is what we’re beginning to see in Hastings, which is not the first British town normally associated with avant-garde trendsetters. However, the historical Sussex Town is running to catch up with London, or as a first step, with its nearby rival in the trend stakes: Brighton.

Brighton, the unofficial capital of the south coast, has become ‘too trendy’ in recent years, meaning it is a hub of local activity and no longer the kitsch alternative to holidaying abroad, which it was known as during most of the 20th century. It has now reached such a level of trendiness that it is deemed square, too contrived and premeditated by some. The true trendsetters looking to set their own norms are looking further afield in the Home Counties. 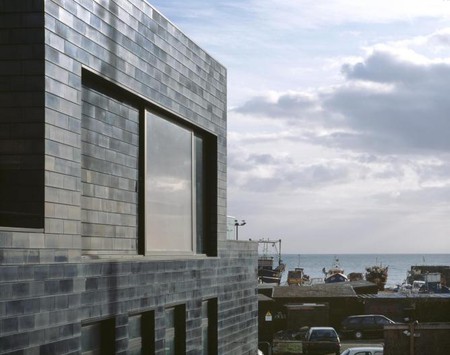 Situated 85 km from London, Hastings is a modestly populated town (90,000 inhabitants) and not the most culturally diverse. 94% of the town’s population is white British, compared to 45 per cent in London. But various new openings may be about to change this: the SAGA offices and the Creative Media Centre have recently opened their doors here. The newly revamped University of Brighton in Hastings campus, a faculty of the University of Brighton, is also attracting thousands of young people to the town. Where there are young people there are inevitably cultural events, hangouts and new, fresh ideas to boost the liveliness of the arts scene. There is also encouragement from above – from the local authorities – who have set out on a grand scheme to mould Hastings into an attractive art and culture destination.

Towns such as Hastings, which lie within easy each of London, with convenient and fast travel links to the central business district, often struggle with an inferior investment in the arts and independent initiatives to develop new activities on the cultural scene. In Hastings, the Hastings and Bexhill Task Force set up a 10-year plan to regenerate the local economic scene and pump potential into the private sector. The numerous projects undertaken have almost all reached completion and have enlivened the economy in the intended way. The Creative Media Center is one of the strongholds of creative start-ups, which have come to settle in Hastings, either because of an existing link with the city, or because of the cheaper rents, larger office spaces and room for breathing, both literally and symbolically, for reaching new horizons with design and arts. 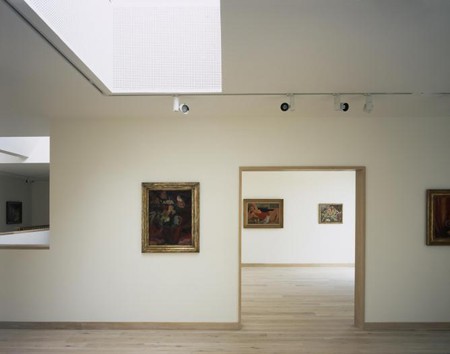 The erection of the Jerwood Gallery in the historic museum quarter of Hastings was a controversial and not a universally well-received novelty. Despite its ability to bring new interest in the city on a national scale, residents found the big black block an unwelcome addition to a town where a number of permanent residents cling on to its origins as an early medieval centre, the scene for the infamous Battle of Hastings and an ancient and important fishing port. Those who defend its place on the arts landscape of Hastings cite the light-reflecting hand-glazed black tiles, and the rolling exhibitions which showcase the best of 20th and 21st century British art. Others would bite back with the fact that it came to steal away visitors from the rustic crowd-pleasers: the Fishermen’s Museum and the Shipwreck Museum. However, with the notable arrival of artists and independent galleries, as well as the accompanying boutiques, tourist trade and passing artists, even those who were adamantly against it are being forced to acknowledge the advantages of having the Jerwood Gallery in Hastings.

Smaller, independent galleries also line the roads, and the artists that exhibit and sell their works bear a heavy influence from the landscape surrounding them. The artists at Rebel Gallery have all lived and worked in various cities, including London, but their photography and canvases radiate light and work particularly on natural and iridescent blues and greens. Hastings maintains a rural aspect which Brighton lost long ago and which London long ago traded in for greys and muted tones. 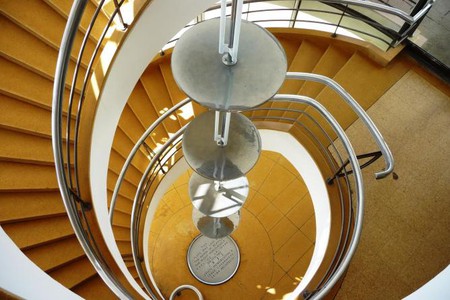 Efforts to breathe a youthful freshness into Hastings’ cultural scene go back decades. The most recent projects have both created and built upon existing material. The De La Warr pavilion was completed in 1935 and lauded by the dynamic and forward-thinking mayor, Lord De La Warr, as set to ‘become a crucible for creating a new model of cultural provision in an English seaside town which is going to lead to the growth, prosperity and the greater culture of our town’. Seventy years later, after undergoing extensive renovation, it reopened with those behind the scenes hoping for exactly the same results as Lord De La Warr.

Neither Lord De La Warr’s generation nor the modern generation of the Bexhill and Hastings Task Force should be disappointed, as Hastings is a place for experimentation in a less competitive atmosphere than London (and more specifically the real Shoreditch), but remains a refreshing change from the buzz of London or the blinding colour of Brighton. Inexperienced artists and burgeoning designers aren’t scared off in Hastings, but on the contrary, are encouraged and invited to settle in the seaside town and be inspired by the view. 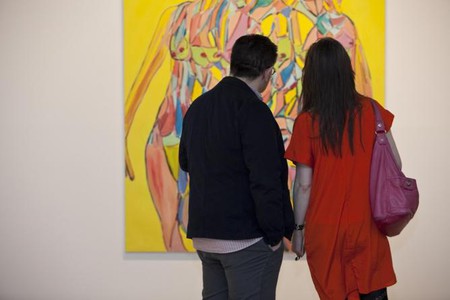 For those whose palate isn’t satisfied with paintbrushes and sculpture, there is also a growing number of musical events and interactive workshops on offer. Unlike London and Brighton perhaps, there can be more synergies between different disciplines and collectives, as where there are fewer actors in a domain there are more likely to be collaborations, for example the Hastings Arts Forum.

Continuously, Hastings grows and encourages new talents, either through institutions such as the Jerwood Gallery and the De La Warr Pavilion, or via cheap offices spaces and concert venues for independent concerts or with careful nurturing at the surrounding universities. Where ‘shoreditchification’ implies adhering to a trend and aspiring to an established acceptable form, Hastings brings out the true art in everyone, with room to let it out and let it grow.