Why Has There Been Only One Great Robin Hood Movie? 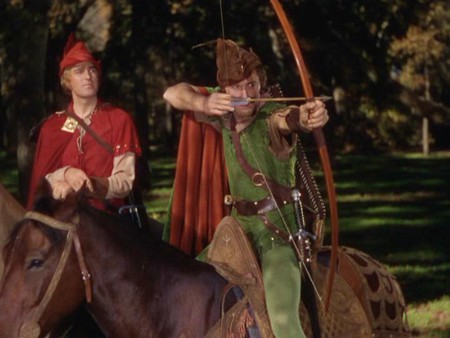 Patric Knowles and Errol Flynn in 'The Adventures of Robin Hood' | © Warner Bros.

There have been over 60 Robin Hood films and television series, but only one is regarded as a classic. The version opening this fall won’t become the second.

Any readers from Nottingham or Barnsdale, Yorkshire—Robin Hood’s supposed haunts—out there?

Eighty years ago last month, Warner Bros. released the one Robin Hood movie that has attained greatness and stirs happy memories in most people who’ve seen it. Michael Curtiz’s The Adventures of Robin Hood starred Errol Flynn at the peak of his agility and genteel wit, and Olivia de Havilland, whose mettlesome Maid Marian is irritated by her desire for Robin.

How likely is it that this November’s release Robin Hood will one day provoke the same nostalgic affection? It is unfair, of course, to judge a movie before it has been seen, but the trailer for director Otto Bathurst’s film suggests it will be a routine post-The Lord of the Rings actioner tricked out with lavish CGI, silly fights, and thoroughly modern humor.

Like Allan Dwan’s 1922 epic showcasing Douglas Fairbanks’s athleticism, the Errol Flynn film was a one-off that drew on the Robin Hood ballads and books like Howard Pyle’s 1883 The Merry Adventures of Robin Hood. Flynn’s look influenced the use of the Robin Hood image in books and advertising for decades. It was only superseded by that of the clean-cut Richard Greene, who appeared in ITV’s popular—and subtextually and subversively socialist—143-episode The Adventures of Robin Hood (1955–1959).

Post-war Robin Hood films have largely failed to provide anything other than ephemeral entertainment for the audiences at which they were targeted. One could say the the same about the Curtiz film, except that it was a singular glory made within the Hollywood studio system at its zenith. 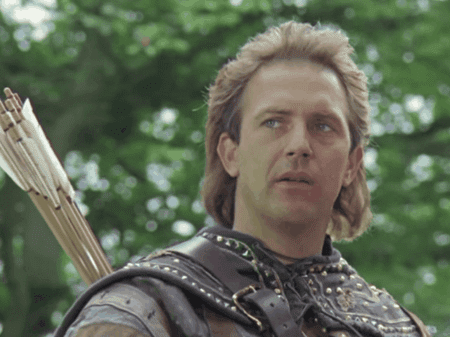 Vehicles for Cornel Wilde (1946), Richard Todd (1952), and Russell Crowe (2010) not only marked time as rote action exercises, they failed to vivify the legend of a forest-dwelling Saxon outlaw fighting Norman despotism and clerical greed. Robin Hood: Prince of Thieves (1991), starring Kevin Costner as a Robin with blow-dried hair, suffered from insipid contemporaneity.

Aside from the Curtiz film, three Robin Hood movies are worth seeing. John Hough’s hard-to-find Wolfshead: The Legend of Robin Hood, shot as a never-screened 1969 TV pilot and released in cinemas in 1973, offered a grimly authentic depiction of medieval guerrilla warfare and made no concessions to theatricalism.

Richard Lester’s raw and elegiac Robin and Marian (1976) starred Sean Connery and Audrey Hepburn as the Sherwood Forest’s lovers in the autumn of their lives. John Irvin’s Robin Hood (1991) was dank, muddy, and coarsely humorous. Richard Carpenter’s series Robin of Sherwood (1984–1986) is worth mentioning, too, for its invoking of folk superstitions. 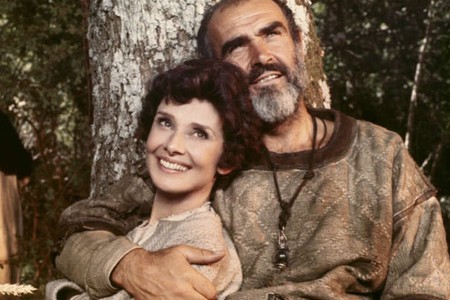 Yet there is no über-classic to sit alongside the 1938 Adventures of Robin Hood. This is partly attributable to a failure of imagination on the part of writers and directors, but more so to producers tailoring movies to what they think dominant movie-going demographics want, and duly adhering to prevailing fashions in cinematic style.

The spectacle of the smooth-looking Egerton twisting on his heels as he fires off arrows (from something which isn’t an English longbow) in the new film’s trailer may have teen appeal, but it’s purely a video-game vision of Robin Hood. (In that respect, it’s as commodified as the dreadful Hobbit movies.) The Nottingham in the trailer looks like a manicured city of stone when surely it would have been a wooden squalor. The heavily made-up Hewson is a Maid Marian fit for a shopping expedition or a night of clubbing, though, granted, she’ll get to exercise some girl power.

True, Errol Flynn’s sequinned suit of Lincoln green was inauthentic, too, but the sparkling greenwood romance of The Adventures of Robin Hood hasn’t dimmed in eight decades. My guess is that the Taron Egerton Robin Hood will be forgotten before the DVDs come out.

True classics are made because of the public’s enduring captivation by film experiences that are infinitely renewable, that repeated viewings cannot dull. The Wizard of Oz, Citizen Kane, Casablanca (also directed by Curtiz), The Searchers, Vertigo, The Godfather, and so on. Perhaps there is room for only one Robin Hood on such a list.