Where the Saying 'That's What She Said' Actually Came From 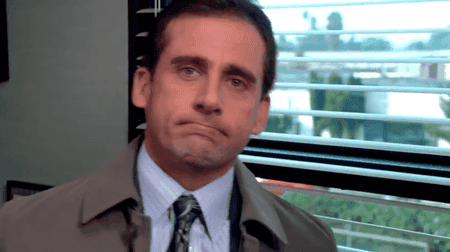 We’ve all heard the saying ‘that’s what she said’ – but what does it actually mean, and where on earth did it originate?! The popular saying used by plenty of Brits was brought to the forefront thanks to US comedy in the mid-1970s, but its history is thought to go much further back. Read on as we explain its origins…

First made popular in the 1970s on US television show Saturday Night Live by Chevy Chase, the phrase ‘that’s what she said’ is a double entendre usually added to a sentence which can be construed as as a euphemism, or sexual innuendo. The phrase itself, refers to the ‘she’ in a sexual encounter. For example:

While the phrase was used more recently by Steve Carrell on the US Office, it’s thought that the origins of this much-revered innuendo go way back to Edwardian Britain, somewhere between 1901-1910. Back in these times, actresses often used prostitution to supplement their often low theatre income, with their flirtatious performances on stage acting as advertisements, or shop windows, to the onlooking gentlemen.

Due to clergymen subsequently spending a lot of time with actresses (no, not like that!) in an attempt to try and get them to cleanse themselves and change their ways, the phrase ‘said the actress to the bishop,’ or ‘as the actress said to the bishop’ was born, an innuendo referring to the actresses confessing their habitual sins to the clergymen.

There have been various twists on that phrase in the media since, with ‘as the girl said to the soldier’ in a test reel of Alfred Hitchcock’s Blackmail thought to be the first official recording of a ‘that’s what she said’ joke. However, the first written mention of ‘said the actress to the bishop’ is believed to be the well-used phrase by Simon Templar (aka ‘The Saint’) in the Leslie Charteris novel Meet the Tiger, back in 1928.

The phrase ‘as the actress said to the bishop’ dwindled in popularity and was no longer in use, until Ricky Gervais‘ character David Brent began to use it in the UK hit sitcom The Office, with Steve Carrell’s character Michael Scott following suit with the more contemporary ‘that’s what she said’ in the US version of the show. The phrase has since occasionally been adapted from ‘she’ to ‘he’, in order to acknowledge homosexuality. ‘That’s what he said!’ has been used as recent as November 2017, in a Saturday Night Live skit involving Alec Baldwin as Donald Trump.