Beautiful Places to Explore in the Cotswolds 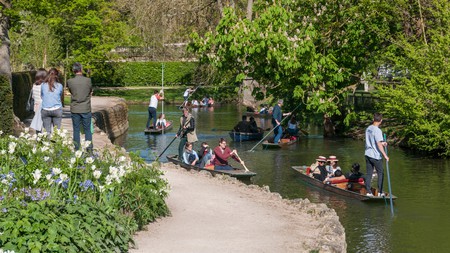 Rolling meadows, historic villages and wildlife – the Cotswolds are about as quintessentially Old English as it gets. Culture Trip rounds up the most beautiful towns and cities in the area.

The Cotswolds, which spans 800 square miles across five counties, is a place of great beauty. In fact, it is considered the United Kingdom’s largest Area of Outstanding Natural Beauty (AONB), and you’ll find plenty of it in these destinations.

A market town in Gloucestershire, Cirencester is considered the capital of the Cotswolds – although unofficially. This town, with a population of around 19,000, boasts a Roman past that you can learn more about at its Corinium Museum and its namesake ampitheatre site, which remains from the period. Nature is best enjoyed at Cirencester Park and Elemental Sculpture Park. 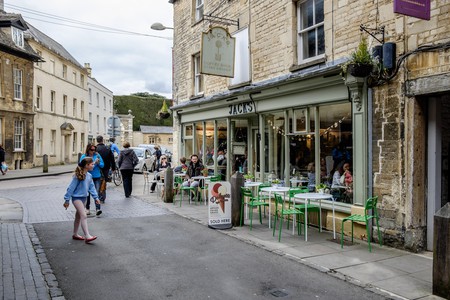 Most people know Oxford for its esteemed university, but did you know it is also one of the most beautiful cities in England? Grand buildings dominate this city, including the Palladian-style library, Radcliffe Camera and the Sheldonian Theatre. Here, you’ll also find the oldest botanical gardens in Great Britain, which were founded in 1621. Today, it’s home to over 5,000 plant species. 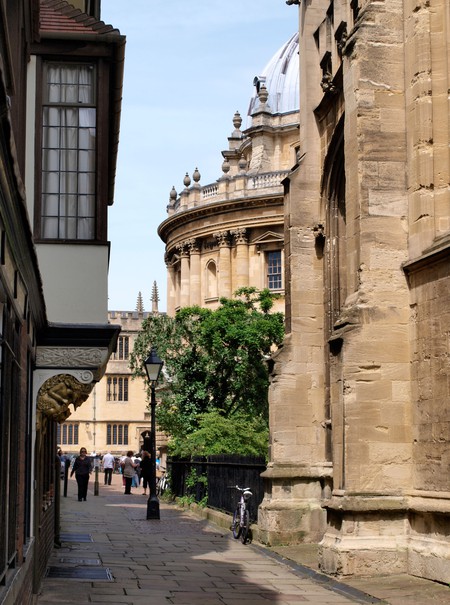 Somerset’s largest city takes its name from its Roman-built baths, which you can still see today. Indeed, they are a significant piece of history and the city is a UNESCO World Heritage site. Plus, its architecture of note doesn’t stop there – Bath Abbey, Pulteney Bridge and Theatre Royal are all destinations worth visiting. As for nature, Cheddar Gorge with its caves and clifftops is a favourite beauty spot. 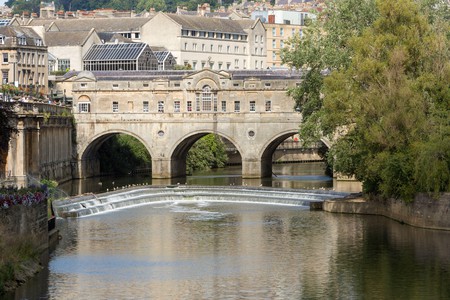 Pulteney Bridge, Pulteney Weir and the River Avon in Bath are a spectacular feature in this attractive city | © Anthony Brown / Alamy Stock Photo

Tiny in comparison to some of the Cotswolds’ cities, Chipping Camden in Gloucestershire is home to just a few thousand people. One way to explore this market town is by bicycle: take yourself on a tour of The Woolstaplers’ Hall, the High Street, Almshouses and St James’ Church to see the best of it. The verdant meadows of Dover’s Hill should be on the agenda, too. 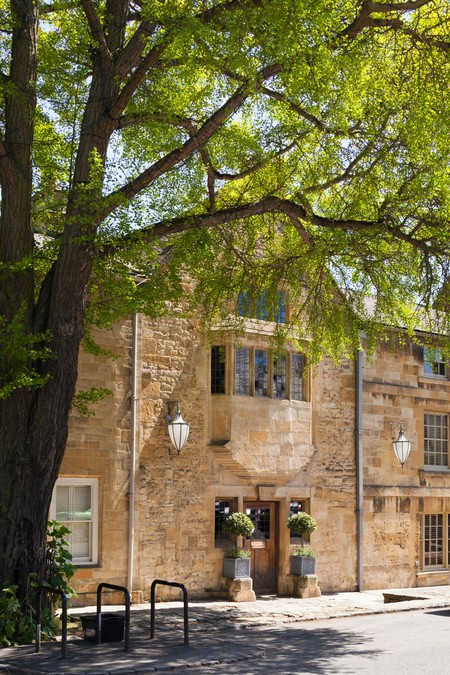 Stow on the Wold

Once the centre of the English wool trade, Stow is one of the Cotswolds’ most famous market towns. It is the highest of the Cotswolds towns – sitting at the top of an 800-foot hill – and, much like Chipping Camden, it only has a few thousand residents. Architecture highlights include the medieval St Edward’s Church and Market Cross, while there are various walking routes, such as Market Cross Loop from Lower Swell, which allow you to see the countryside. 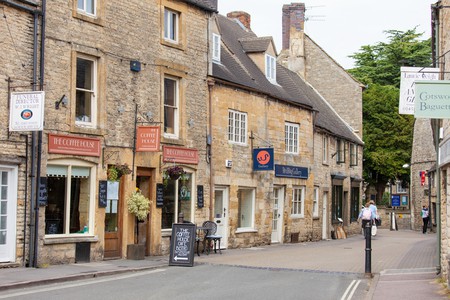