The Best Cultural Institutions In Manchester

From architecture to music, art to theatre, Manchester’s culture is well-known throughout the UK for its energy and excellence. We list some of the iconic cultural institutions that make Manchester what it is today. 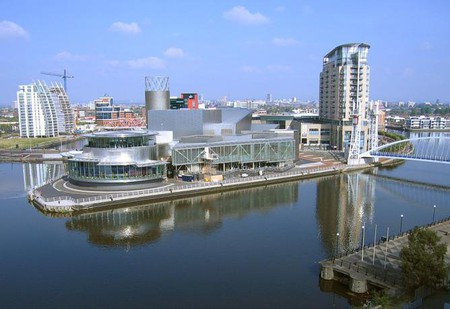 Set in the greater Manchester area, The Lowry is a visual and cultural icon, with a reputation extending far past the boundaries of Britain. The astonishing architecture was designed by Michael Wilford and its creation was part of a project to regenerate the Salford Quays and docklands area. Today this waterside theatre and gallery complex presents a riveting range of local, national and international events in a vast spectrum of genres ranging from ballet to contemporary art, as well as promoting the work of early 20th century painter L. S. Lowry. 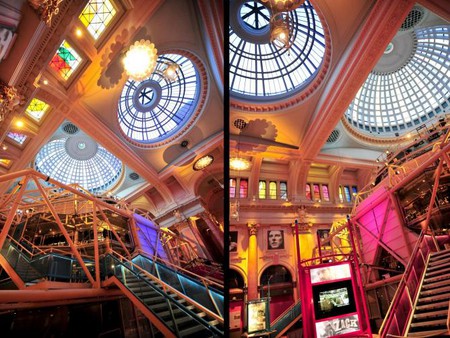 The Royal Exchange Theatre was founded in 1976 by a group of renowned and influential artistic directors who had a vision to make an internationally recognised theatre amidst the vibrant culture of Manchester. The theatre’s repertoire has featured brilliant adaptations of the classics from William Shakespeare, Tennessee Williams, Oscar Wilde, Noel Coward, and Anton Chekhov, as well as lists of debut plays. One of the country’s leading theatres for new writing, the Royal Exchange Theatre offers fantastic programmes for emerging practitioners and educational facilities. 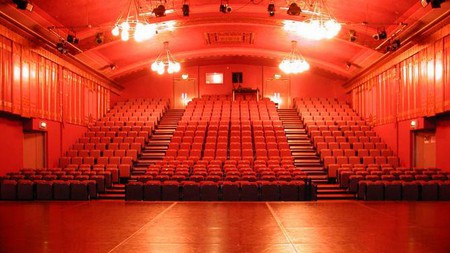 The building of the Dancehouse Theatre has had a fascinating history full of transformation, morphing from meeting halls to a multi-screen cinema complex. In the 1990s it was restored to its former Art Deco splendour and was reopened as The Dancehouse Theatre, home to the Northern Ballet School. While the venue presents a broad range of performances including comedy, music and drama, dance lies at the heart of this North West icon. The Northern Ballet School has gained international recognition over its history as ‘a centre of excellence in the provision of professional dance education and training.’ 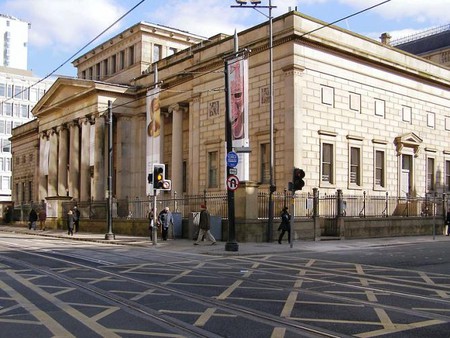 Operated by Manchester City Galleries, the Manchester Art Gallery is a multi-award winning, world-class venue and one of the region’s most popular cultural destinations. The gallery displays an alluring range of art including esteemed contemporary works, photography, design and decorative art, as well as older historically significant works. With 19th century British paintings, major Pre-Raphaelite works and a collection of works by the impressionistic artist Adolphe Valette, Manchester Art Gallery is a destination of national and international importance.

Described as ‘The place to make, see and buy contemporary craft and design in the North West’, Manchester Craft & Design Centre is situated in the centre of the city’s creative Northern Quarter. The centre has been managed by Manchester City Council since 1982 and has been helping both practitioners and design enthusiasts through its work. The centre houses 18 working studios as well as organising exhibitions and events to promote local talent. After hours spent viewing all of the beautiful items, the Oak St. Cafe Bar is the perfect place to rejuvenate and enjoy home-inspired meals. 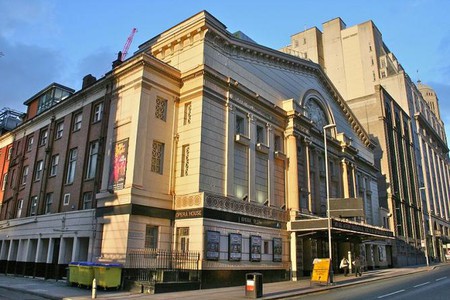 Manchester’s Palace Theatre and Opera House are two esteemed sister venues that host some of the best productions touring around Britain to Manchester. The Opera House is a Grade II listed building and dates back to 1912, while the Palace’s history stretches all the way back to 1891. Together the two venues have a seat capacity of almost 4,000, attracting audiences in great numbers to their spectacular productions. Showing everything from large scale musicals and sophisticated ballets to Christmas pantomimes, both venues are run by Ambassador Theatre Group. 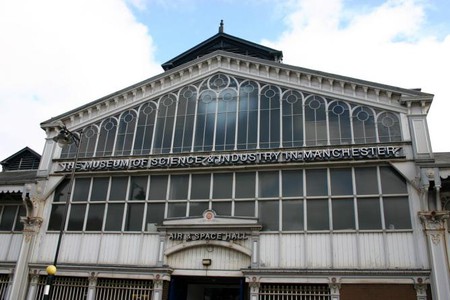 Museum of Science and Industry (MOSI)

The Museum of Science and Industry is an icon in Manchester’s vast museum landscape. Offering unique insight into the relationship between science, industry and their place in contemporary society, the museum is home to a range of world-class exhibitions and events that will engage visitors of all ages. The museum’s location is more than fitting, housed in the old Liverpool Road Station, the world’s first purpose-built passenger and goods railway. 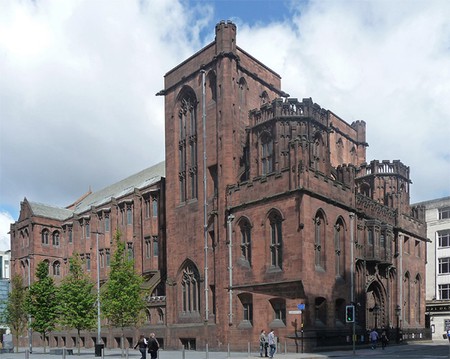 Renowned as the best example of neo-Gothic architecture in Europe, The University of Manchester’s John Rylands Library has an enthralling history. Today the library offers visitors a glimpse at one of the world’s richest collections of rare books and manuscripts, as well as hosting a range of events and exhibition, from historic art displays to international cultural celebrations. 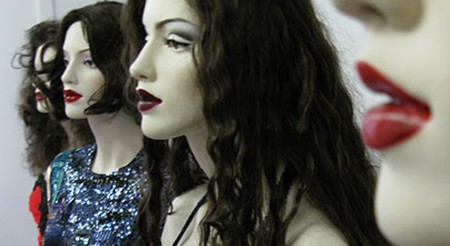 After major renovations the Gallery of Costume houses one of Britain’s largest collections of clothing and fashion accessories available to the public. The gallery is set in a Grade II listed Georgian house and displays over 20,000 items that date from the 17th century to the present day. Second only to the London’s Victoria and Albert Museum in size and significance, the Gallery of Costume is a true landmark in Manchester city. 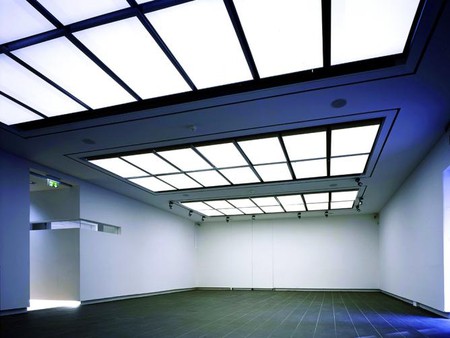 © The Centre for Chinese Contemporary Art

Manchester is filled with an incredible number of great galleries, all of which exude their own charm and significance. One of the highlights among these is the CFCCA, established in 1986. CFCCA is the leading organisation for the promotion of contemporary Chinese art in the UK. Manchester has the second largest Chinese community in the UK, and this centre is part of the region’s rich Chinese heritage. It runs a programme of exhibitions and events that reflect the dynamism of contemporary Chinese art. To discover more art in Manchester check out our favourite ten galleries. 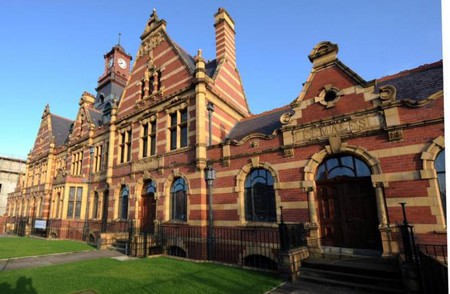 Established in 1906, Manchester’s Victoria Baths is a point of local pride and also a great place for exploring social history. The baths have been described as ‘the most splendid municipal bathing institution in the country’ and the architecture is simply stunning. What is more, the baths are an iconic place for art creation, with Victoria Baths Arts aiming to push the boundaries of practice by inviting artists to use their space in unique ways. The venue is open as a heritage visitor attraction and arts venue from April to October each year, and also holds a variety of special events. 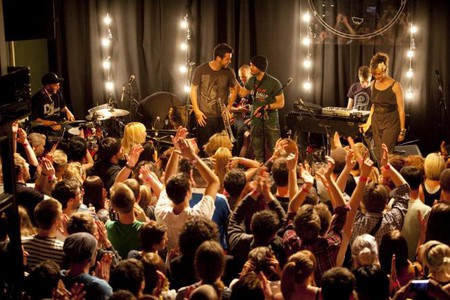 Band On The Wall | © William Ellis

Band On The Wall

Manchester’s music scene is legendary and the city is filled with a whole host of venues where the best bands of all genres can be discovered. While it is hard to say which is the best venue, Band on The Wall is certainly the most experienced, named ‘Manchester’s oldest music venue dating back to 1862’. Band On The Wall is a not-for-profit venue focused on showcasing the best talent around and playing a part in the local community.