The Top 10 Things to See and Do in Oxford

Everyone has heard of the University of Oxford, but few outside of the United Kingdom know that Oxford itself is a stunning city with a plethora of buildings of all styles and eras, beautiful parks, and some of the country’s best museums. All of this is a mere hour away from London! Read on for our guide to the best things to see and do in the city of dreaming spires. 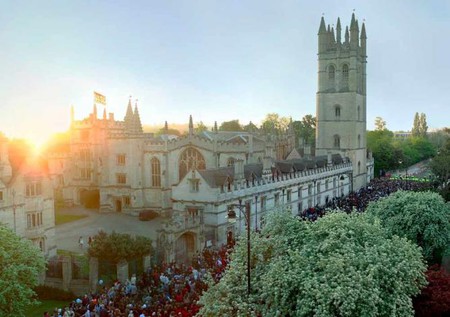 The University of Oxford is renowned not only for its academic excellence, but also for its beautiful and eclectic architecture. The university is made up of 38 different colleges, where students live and study, and each has its own identity. They’re all worth looking at, but some are more impressive than others, especially the medieval ones. Harry Potter fans will delight in visiting Christ Church, where many scenes from the movies were shot. Even those who aren’t particularly interested in the adventures of the world’s favourite wizard will enjoy walking around the magnificent cloisters. Just as impressive is Magdalen (‘MAW-dlin’) College, where Oscar Wilde studied. 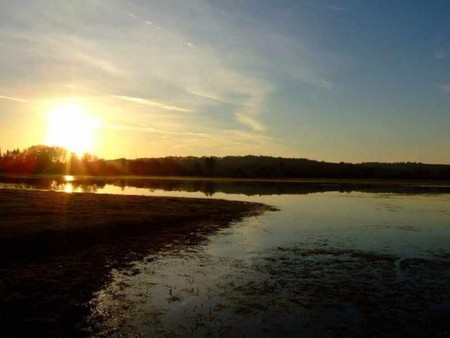 Port Meadow is a large area of common land, which means that local people have the right to let their livestock graze upon it—a right that is still exercised today. For visitors, of course, the appeal lies elsewhere; it’s a beautiful place perfect for a walk. Port Meadow is bordered by the Thames and at times partly flooded, giving it an unconventional, almost unearthly look. For a great stroll, walk up the west side of Port Meadow, have a sit down at the Perch (a local pub), and then continue walking north to get to the Trout Inn in Wolvercote. 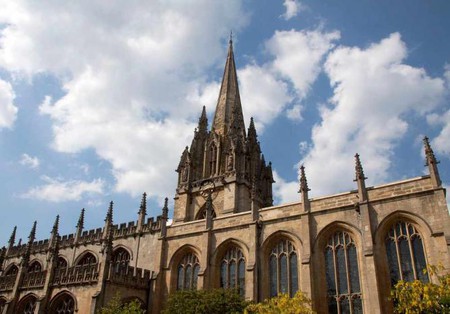 Getting to the top of one of Oxford’s ‘dreaming spires’ is a must-do. The University Church of St Mary the Virgin, a 14th and 15th century building just opposite the famous Radcliffe Camera in the heart of the city, is just the spot for that. Its ornate tower gives an incredible view of the city, including All Soul’s College, but visitors will have to go up a perilously narrow set of stairs (127 steps) to reach the top. The University Church has a lot going for it besides its tower, like stunning stained glass windows.

This fantastic museum, tucked away at the back of the Oxford University Museum of Natural History—also worth visiting—houses a whole array of archaeological and ethnographic items from all over the world, making visitors feel like Victorian adventurers. Objects are arranged according to type – for example, musical instruments or arms and armours, in order to show how different cultures solved the same problems. A big part of the collection is on display, which makes exhibits feel crowded, but only makes the museum feel like even more of a hidden treasure cove.

Oxford may be an old city with a long history, but it’s also a culturally vibrant place with many exciting events. One of the venues testifying to that is Modern Art Oxford, a leading contemporary art gallery. It doesn’t have a permanent collection, but rather holds temporary exhibitions, with past projects including work by Yoko Ono, Tracey Emin, Marina Abramovic, and Sol Le Witt, among others. MAO also organises live music events, discussion panels, and film screenings.

Punts—small, flat-bottomed boats that resemble gondolas—are a surprisingly popular in Oxford. They are so popular, in fact, that Google Maps jokingly offers a ‘punt’ option while looking up itineraries! It’s also the perfect way to see a different side of the city. Trying to steer the boat is fun but difficult, so opt for a chauffeured boat if need be. To hire a punt, there are many options, but the most popular are probably the Cherwell Boathouse and the Magdalen Bridge Boathouse.

Facebook
Email
Twitter
Pinterest
Copy link
Share
This UNESCO World Heritage Site is in Woodstock rather than Oxford, but since the journey takes less than half an hour, it’s a great, short trip to make while visiting Oxford. Blenheim Palace was built between 1705 and 1722 and is a stunning example of an 18th-century palace. It sits within a large Romantic park designed by Lancelot ‘Capability’ Brown, one of England’s greatest landscape architects. Blenheim Place also where Winston Churchill was born! To get there, simply take bus S3 from the railway station or from Gloucester Green to the ‘Blenheim Palace’ stop. Blenheim Palace, Woodstock, United Kingdom

The Bodleian Library is the UK’s second largest library and is a symbol of the University. The five buildings it occupies, ranging from late medieval to 20th-century, are some of Oxford’s most recognisable and emblematic – in particular, the circular building known as the Radcliffe Camera. The library buildings aren’t freely accessible, but two tours explore the Divinity School—not a divinity school, despite its name—Duke Humphrey’s Library, and the interior of the Radcliffe Camera. One of them also shows the underground part of the Bodleian, whereas the other focuses on the reading rooms. Details here.

The world’s first university museum and Britain’s first public museum, the Ashmolean is a must-see for any visitor, with the caveat that a good visit will take at least 3 hours. Spread over five floors, the museum’s collection consists of items and artworks spanning all eras up to the nineteenth century, with a bit of everything from Ancient Cyprus to Early Italian Art and the Pre-Raphaelites. It includes masterpieces by Michelangelo, van Dyck, Picasso, Rubens, Cézanne, Turner, Singer Sergent and many others, but also a death mask of Cromwell and some Oxyrhynchus Papyri. In other words, it combines outstanding art and fascinating history!

Have a drink in a famous writer’s old haunt

Many great writers have graced the streets of Oxford with their presence: Lewis Caroll, Percy Bysshe Shelley, Oscar Wilde, Tolkien… so why not relax in their favourite drinking spots? The Eagle and Child, on St Giles, was famously a meeting spot for the Inklings, a writers’ group which included J. R. R. Tolkien and C. S. Lewis. It gets quite busy nowadays, but it’s easy to imagine famous authors sitting down in one of the cosy individual booths near the entrance! The Lamb and Flag, just across the street, is also of interest; legend says Thomas Hardy wrote Jude the Obscure there.