A city of unspeakable beauty and home to the oldest English-speaking university, it is no wonder that Oxford has inspired countless artists, writers, and musicians. Offering an eclectic mix of architecture from every period of English design, the Saxons specifically, as well as an exciting range of choice, Oxford has much to tempt the everyday tourist. We discover an array of things to do in the City of Dreaming Spires. 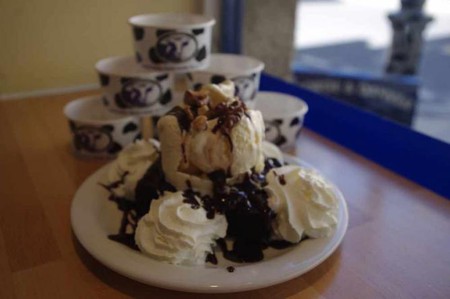 Ice-cream at G and D’s

Set up by two Oxford students wishing to provide Oxford with “real ice-cream”, G and D’s has gone from strength to strength since its establishment in 1992. Founded on the simple principles of providing good quality ice-cream, reasonable priced food, and friendly and efficient service, all within a cosy and unpretentious atmosphere, the cow-themed café delivers, providing town and gown (a term coined to refer to the students and the natives) with a mouth-watering range of ice-creams and bagels that are sure to leave the customer hungry for more. Not only is the range exemplary, with exciting flavours such as “Mango and Malibu”, “Black Beauty”, and “Salted Caramel”, there are sparks of mischief and vitality that add to the atmosphere; a customer favourite is a watercolour, with the title “The Total Eclipse of the Moose”, a homage both to the pervasive cow-theme and the Bonnie Tyler song.

There are three ‘branches’ of the G and D’s ice-cream shop in Oxford town. These are: 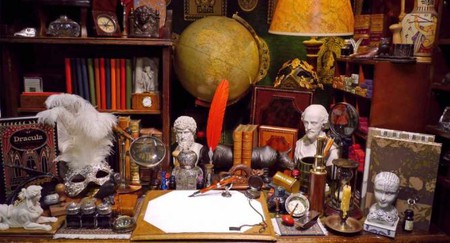 The Interior of Scriptum, Oxford | © Scriptum 2015

The absolute last word in luxury, Scriptum is a hidden treasure nestled right in the heart of the Oxford City Centre itself. Packed to the rafters with astonishing exotic Venetian masks, luxurious leather goods, multi-coloured inks, and delightful little baubles and bric-à-brac, it is the perfect shop to spoil yourself and to find unusual gifts for your nearest and dearest. A literal feast for the eyes, it is ever so easy to get lost in this exotic and stimulating atmosphere of luxury and elegance, which makes you want to explore the entire shop for what seems like hours upon end. As well as being popular with the students, Scriptum serves the very special function of celebrating one of the more “antiquated” modes of communication, such as the written letter, in a world that is becoming increasing driven by the internet and the mobile phone.

Novelty Cakes at The Cake Shop

An absolute favourite go-to place for every individual with an inner child within them, The Cake Shop can be found in the historic and famed Covered Market. Not only does it offer an incredible range of customised cakes and sugar products, from little graduation cakes decorated with a sugar mortarboard, to huge tiered themed wedding cakes, its glassy façade also allows passers-by to watch the artisans as they work on their projects. It is especially famous for displaying its annual showpiece, which is usually a famous Oxford monument represented in cake, such as Christ Church’s Tom Tower, Hertford’s Bridge of Sighs, or the Bodleian’s Radcliffe Camera. This in itself draws huge crowds of tourists and natives on a daily basis, as they love both to watch the artisans at work as well as gazing upon the beautifully crafted cakes.

A Stroll through the Botanic Garden

Founded in 1621, the Oxford Botanic Garden houses over 8,000 different species across a relatively small area, thus making it one of the most diverse yet compact collections of plants internationally. Other than being highly educational, it is also beautiful visually, as its architecture and layout are awe-inspiring and aesthetically pleasing; firm favourites include the Danby Gateway, one of the earliest structures to use the early Baroque style, and the symmetrical Rose Garden, which is said to have inspired the Croquet Game in Carroll’s Alice in Wonderland. There is no time during the year that there isn’t something on at the Botanic Garden, and a special summer exhibition worth going to is called “The Fox Got You”, an exhibition by Françoise Sergy celebrating six unassuming plants which have become the basis of five major medicinal drugs. Both intellectually and visually stimulating, the Oxford Botanic Garden has something for everyone.

A Pint in The Eagle & Child

A “traditional pub with a unique character”, The Eagle and Child has so much more to offer the weary itinerant than its eclectic range of real ales and quality pub lunches, though that in itself is worthy of praise. Known affectionately as “The Bird and Baby” (and sometimes even “The Fowl and Foetus”!), The Eagle and Child is most famous for being the favourite watering hole of The Inklings in the mid-20th century, an Oxford writers’ group that included C. S. Lewis (writer of Chronicles of Narnia) and J.R.R. Tolkien (author of The Lord of the Rings). It was also regularly frequented by Colin Dexter, and subsequently, his fictional creation Inspector Morse. The literary connections that the pub has thus serves to create an incredible aura of magic and greatness and this has drawn flocks of tourists to the ‘sacred’ spot ever since.

A Customised Milkshake at Moo-Moo’s

Unapologetically pink in its fun décor and widely considered the best milkshake joint in the whole of Oxford, Moo-Moo’s offers an astonishing and mind-boggling array of milkshake flavours and chilled fruit smoothies. Using the name coined by the eldest daughter of the proprietors to refer to milky drinks when she was a child, Moo-Moo’s not only allows the customer to choose their favourite sweet treat, and blend it into a delicious ice-cream-smoothie-milkshake confectionary delight (such as Cadbury Crème Egg©, Cherry Drop©, or After Eight©, to name but a very, very, small handful), the happy customer can also stretch the limits of their creativity, and combine a whole host of flavours and treats to create The Perfect Milkshake. Infectiously fun, funky, and unadorned by any pretentious frills, Moo-Moo’s is the perfect place for anyone looking for the Absolute Customised Milkshake To-Go, without wanting hassle or excessive expense.

Exploring Museum of Natural History and the Pitt Rivers Museum Together

One of the favourite go-to places for Oxford students to relax and explore, the joined Museum of Natural Historyand Pitt Rivers Museumhas a collection so varied, so vast, and so exotic, that a visitor can quite easily visit the museum continuously on a monthly basis, and still find something new and exciting within the glass confines of the exhibits. In addition to its exhibitions and special displays, the Natural History and Pitt Rivers Museums are a veritable smorgasbord of ethnographic treasures, including assorted weaponry, shrunken heads, dinosaur bones, and perhaps most excitingly of all, the skeleton cast of an extinct Dodo. At the moment, there are a whole host of specialised exhibitions to go to, including “My Siberian Year, 1914 – 1915”, a showcase marking the centenary since the Oxford/Pennsylvania Siberian expedition, and “Sensing Evolution”, which allows explorers, through touch, to understand mammalian and reptilian evolution.

Sensing Evolution has been on at the Museum of Natural History since May 8 2015, and is now a permanent exhibition 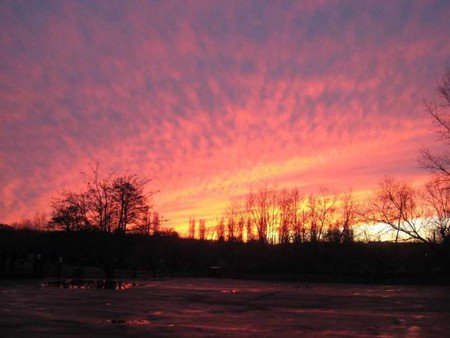 A Dip in Port Meadow

An ancient plot of land that has not been ploughed for at least around 4000 years, Port Meadow is both a living artefact of archaeological interest and the perfect place for barbecues, summer socials, and bathing. It contains several well-preserved archaeological remains, including Bronze Age barrows, Iron Age settlement remains, and foundations of fortifications built during the English Civil War. However, as well as having an usually rich history, its bucolic beauty and incredible views ensure that aspiring artists and poets, such as William Turner, are drawn to it annually, using it as the inspiration for future great works. On a typical summer’s day, therefore, it is not unusual to see students, natives, and tourists flocking to Port Meadow to enjoy its nature walks, its swimming areas, or its expanse to have a relaxing time socialising and enjoying the summer sun.

Punting Along the River Cherwell

The ability to punt skilfully, as well as to play croquet or row, is practically a prerequisite in Oxford circles – it is such an integral part of summer in Oxford, that claims of disliking or being unfamiliar with punting is often met with reactions of surprise! Dating back from before 1880, punting in Oxford is a quiet and rural experience, allowing the punter to enjoy the tranquil beauty of the rivers and fields surrounding the city centre. The hot spot area to punt, however, is definitely around Port Meadow, where it is easy to navigate, has beautiful scenery, and is also dotted with famous pubs such as the The Trout Inn, best known for being featured in episodes of the Inspector Morse dramas. Therefore, not only is punting an excellent way of seeing a more tranquil and bucolic side of Oxford, it is also a wonderful way to become part of a centuries’ old tradition, as has been represented both in literature and in art.

One of the greatest fairs nationwide, St Giles’ Fair has been held on the Monday and Tuesday following the first Sunday after St Giles’ Day (1st September) regularly since the 19th century. The fair was first properly established in 1625 to commemorate the feast day of the patron saint, St Giles, and of the consecration of the St Giles’ Church in 1200. It was, and is, on such a huge scale that it has even drawn comment on its sheer enormity from the poet John Betjeman, who had been a student at Magdalen College. Having evolved from a simple fair to a funfair, it has all sorts to offer to everyone, including carousels, teacup rides, and dodgems, and enough candy-floss, candied apples, and burgers to feed a small army!

St Giles’ Fair will take place on Monday 7 and Tuesday 8 September 2015 this year.

Tara Heuzé is a 20-year-old undergraduate living in Sunny Albion. She loves Asian cooking, reading plays, and trying to decipher inscriptions in crazy languages. Usually found panicking over some form of essay or translation crisis, she also tries to keep up a (sporadic) blog, which can be found here.