The 7 Buzziest Music Venues in Scotland and Northern England 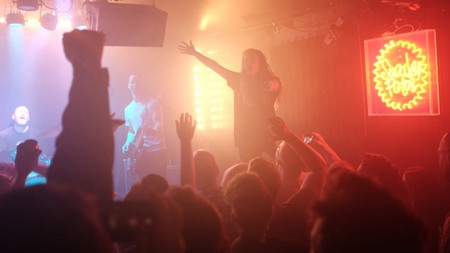 From a 19th-century masterpiece in Manchester to a lo-fi favourite in Scotland, we pick the best music venues for gigs, gatherings and all-night disco parties.

Apart from maybe Detroit and the five boroughs of New York, is there anywhere in the world that can compete with the central British uplands when it comes to producing all-conquering pop music? From Edinburgh down to Liverpool, these cities have been the birthplaces of genres and movements – Madchester, Merseybeat, Northern Soul – and today they’re home to many of the world’s best underground music venues. Music lovers everywhere need only hop on a TransPennine Express train to be swiftly transported to these regional hothouses of emerging British talent. 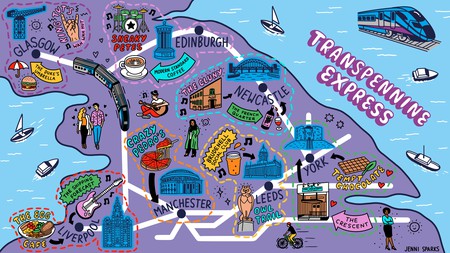 Once home to the legendary Haçienda nightclub, Manchester has good claim to call itself the European capital of youth culture, having been at the epicentre of everything from punk to acid house. This is the city, after all, that was home to the most fabled gig in British music history: the Sex Pistols at the Lesser Free Trade Hall (attended by Morrissey, Ian Curtis and Mark E Smith who were all so inspired, they went off and formed three of the greatest bands of all time). These days, the standard bearers of the city’s proud musical heritage include the intimate Band on the Wall, which is being overhauled ahead of an autumn 2021 reopening, and the Deaf Institute, which is housed in a Grade-II listed building that in 2008 was turned into one of the country’s hippest venues. There’s a kitchen serving craft beers and loaded burgers, an intimate basement bar for cocktails and a grand music hall with a giant mirror ball and velvet curtains which has played host to the likes of Kae Tempest and Johnny Marr. Plus, it’s only a 15-minute walk from Manchester Piccadilly Station. 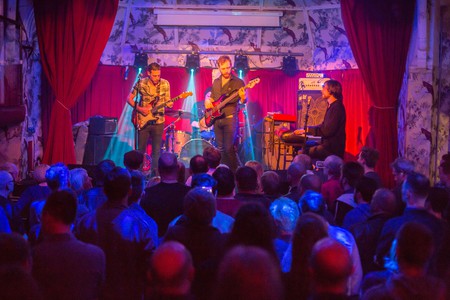 Although it is the smallest city on this list, York is well connected by TransPennine Express trains and has an alternative scene that is easily the rival of many of the north’s more storied music cities. Local promoters like Please Please You and electronica specialists Bad Chapel put on gigs and club nights in venues across the city that include basement club Mansions Underground, the Fulford Arms and the Crescent, a community-minded DIY kind of a place that retains the character of the working-men’s club it once was, complete with darts and billiards and pints of lager. The music offering, however, is firmly future-facing – expect bands-on-the-rise like Squid and regular dubstep and hip hop nights from the Herbal Mafia.

Named after the American slang for a surreptitious bottle of booze housed in a brown paper bag, Sneaky Pete’s is, as its names suggests, plain to look at from the outside but full of all kinds of raucous fun on the inside. The club, on the city’s bustling Cowgate and easily reached via direct trains from Manchester, Preston and Lancaster, was voted Grassroots Venue of the Year in 2019, and its low-ceiling and low-fi aesthetic have made it a firm favourite with up and coming bands – Lewis Capaldi, Mumford and Sons and Tame Impala all played here as they were rising to prominence. If you do swing by, expect a packed roster of left-field club nights and atmospheric gigs with big names of the future such as Bow Anderson and the Katuns. 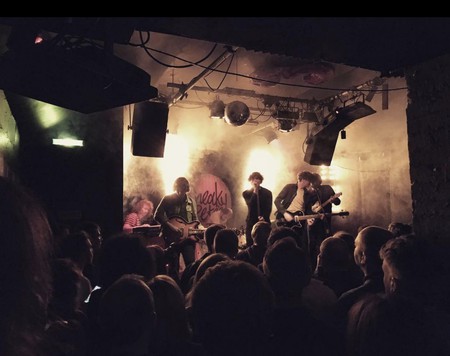 There’s many a musical reason to hop on a train to Liverpool, aside from it being the birthplace of a certain mop-topped beat combo from the 1960s who have a tendency of eclipsing all others when it comes to the city’s music scene. But this is a place that has consistently turned out great bands – from Frankie Goes to Hollywood and the La’s in the ’80s to more recent bands like the Coral and the Zutons, and there’s always been more to the live-music scene than tour parties at the Cavern. Today, the city’s live-music venues are as diverse and eclectic as you’d expect in an outward-looking port city, with everything from Camp and Furnace (home to the Liverpool International Festival of Psychedelia) to the art-theatre-gig space the Invisible Wind Factory in the North Docks. Our favourite is the Shipping Forecast, an intimate and energetic basement club that hosts an always-interesting line-up of acts at the more experimental end of the spectrum like shoegazers Pinkshinyultrablast and Ghostpoet.

Newcastle’s legendary nightlife has always been way more interesting than the Bigg Market stag-do clichés. It’s seamless to reach via train from cities across the north and it’s home to one of the country’s most atmospheric funk and hip-hop nightclubs, the evergreen World Headquarters, as well as a host of great live-music venues including Hoochie Coochie, the soul bar that has hosted sets by Norman Jay and Kenny Dope, and the Riverside down on the banks of the Tyne, where the touring bands stop off. Best of the lot, though, is the Cluny, an arts centre tucked out of the way in Byker. Housed in an old flax mill, it’s one of the best bars in Newcastle, with excellent burgers and a huge selection of world lagers and real ales. Its two performance spaces are the place to go to catch intimate shows from local stars Kathryn Williams and Maximo Park. 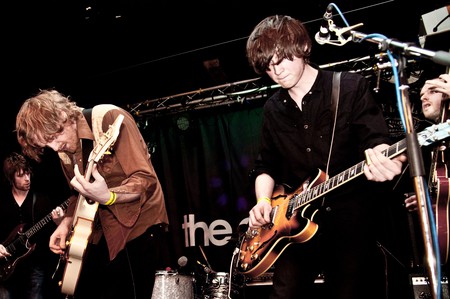 In an age of growing corporate control over the music scene, it’s always refreshing to come across a community-minded venue that is genuinely loved by the musicians who play there. The Brudenell Social Club on Queen’s Road in Leeds is one of those gig venues that bands return to again and again, citing its special atmosphere. Franz Ferdinand and local boys the Kaiser Chiefs have both played secret gigs here, and it’s the Leeds home to the experimental music festival Rewired. Formerly a working-men’s club, it has a charmingly downbeat interior and astonishingly good value drinks.

For up-and-coming British bands, King Tut’s Wah Wah Hut is the acid test – if you can make it here, you can make it anywhere. It’s a swift eight-minute walk from Glasgow Central Station and many of our future global superstars including Pulp and Radiohead all played seminal gigs here on their way to superstardom, and one night in 1993 a cocksure gang of lads who called themselves Oasis turned up insisting they be added to the bill. Alan McGee of Creation Records was in the crowd. The rest, of course, is history. The venue is unpretentious, but everything that matters is top-drawer: they sell their own lager and the food, by Funny Bird, has all kinds of adventurous Scottish twists like haggis chilli. 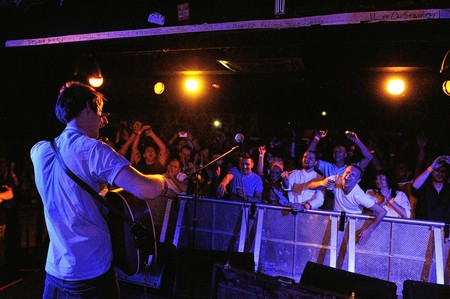 Be sure to check the Covid restriction information for each venue before you visit.