The Contentious History of the Scotch Egg 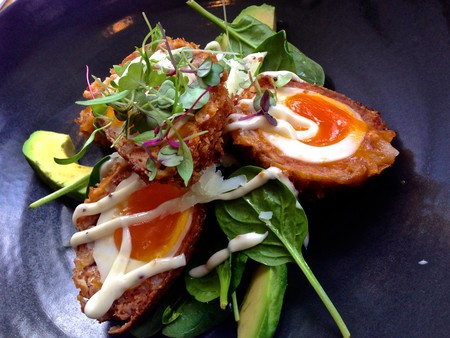 The Scotch egg is said to have been invented by luxury London department store Fortnum & Mason in the 18th century – or was it in fact derived from the Indian dish Nargisi Kofta? There’s a great deal of debate over the origins of this salty snack, with tales of the very first Scotch egg appearing everywhere from Whitby to the polished streets of the capital. One things for sure though – they’re definitely not Scottish! 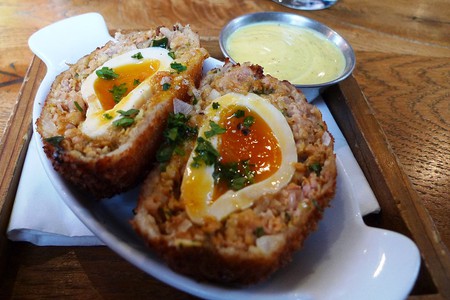 The Scotch egg is experiencing a rise in popularity at the moment, thanks in part to gourmet versions appearing on supper club menus up and down the country. In the 1990s, it fell from grace and became associated with lager louts snacking in the local boozer – or worse, an unwanted car snack purchased from a scummy service station. A far cry from its past mentions as the Enid Blyton wholesome snack of choice, mentions of Scotch eggs would be met with upturned noses and scorned looks.

By complete contrast to its dire reputation in the nineties, and if the Fortnum & Mason tale is to be believed, Scotch eggs were once a luxury food only available for the upper classes. Conceived as a travelling snack, the delicacies were available around Piccadilly for the rich to purchase as a light refreshment to enjoy on their way to their country houses. They were designed to be neater and more discreetly scented than traditional hard-boiled eggs, offering a convenient snack for the wealthy. 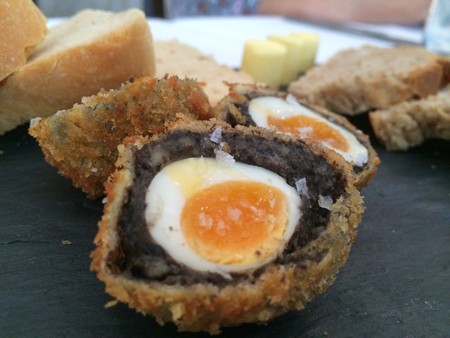 Contrary to this tale, many others believe that the egg’s origins are in fact rooted in the coastal Yorkshire town of Whitby. Named after the establishment that invented them, William J Scott & Sons are said to have invented the ‘Scotties’ – the original eggs were covered in a creamy fish paste rather than sausage meat, before being covered in breadcrumbs. The sausage meat replaced the fish when the eggs began to be sold in big food shops, as it was easier to package. Variations of the original fish-covered eggs can still be purchased on the East Yorkshire coast. 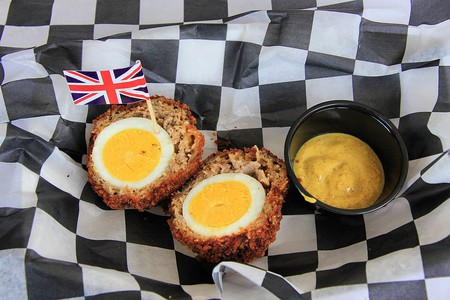 Another contradictory tale suggests that the recipe of the egg is rooted in Indian cuisine exported from the British Raj. Nargisi kofta is essentially a spicy meatball containing boiled eggs inside; a dish not too dissimilar to the Scotch egg. If this story is to be believed, however, then it has to be asked why all of the spices were taken out of the recipe.

There is also evidence that Scotch eggs could have originated from North African recipes, transported to England via France. Similar dishes are evident in Algerian cuisine and there are tales of such eggs being enjoyed in Elizabethan times, injected with cloves and spices to add a more palatable taste while referencing North African flavours. 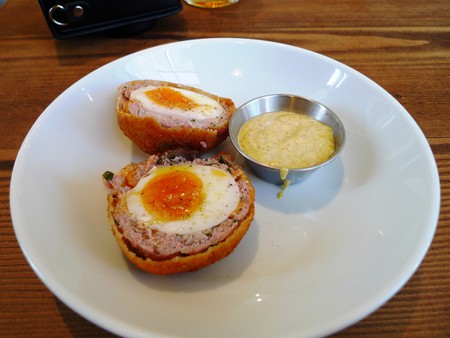 The final version of the disputable history of the iconic snacks is probably the simplest. It could simply be that Scotch eggs were the northern version of Cornish pasties, a snack hastily put together for easily transportable lunches that caused less fuss than eating individual components while the working class went about their daily lives. Creating a savoury delicacy based around what are essentially leftovers seems to be a much more believable version of events.

Whichever tale you choose to believe, simply enjoy your Scotch egg fresh from the deli counter while appreciating its complex history!