The Best Hotels to Book Near Stonehenge, UK 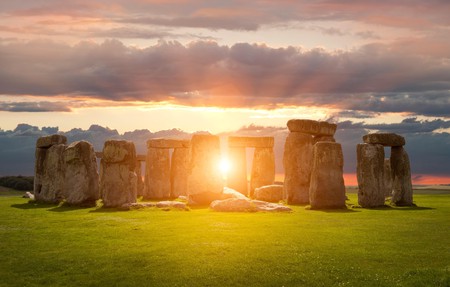 Wiltshire is a rewarding trip for lovers of nature and bygone days. Combine the outdoors and ancient history with a stay near Stonehenge, which is just outside Salisbury, England. Choose from a bucolic coaching inn, a centuries-old country manor house or a city pad with a rich history – all bookable with Culture Trip.

Stonehenge is marooned in the middle of Salisbury Plain, a prehistoric monument that consists of an impressive ring of standing stones. Their scale and weight – each stone weighs 25 tonnes, the equivalent to two double-decker buses – have long puzzled historians. But despite, or perhaps because of, the mystery surrounding how they got there, Stonehenge remains one of England’s top tourist attractions. Stay overnight nearby and pay it an unhurried visit. 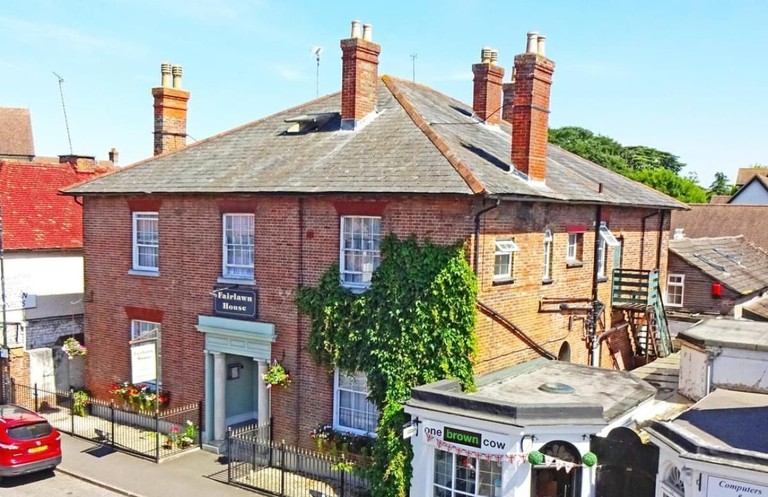 Courtesy of Fairlawn House / Expedia
This family-run, Georgian guesthouse started out as a surgeon’s home and later became a doctor’s surgery, auction house and ladies’ finishing school. These days, it’s a listed building which retains a plethora of period details – including a handsome curved staircase and a quirky indoor wind indicator. After an overnight stay in Fairlawn House’s classically elegant rooms, take breakfast in the cosy former wine cellar. 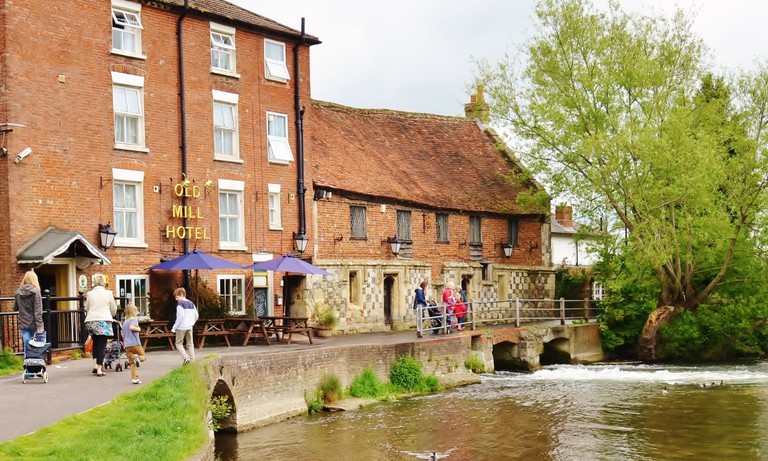 Courtesy of the Old Mill Hotel / Expedia
The Old Mill Hotel is a stylish mill conversion in the village of Harnham near Salisbury. Built over 300 years ago, its 11 rooms are spread over three floors. Most look out over the River Nadder, the Harnham Hills or the mill run in the hotel’s pretty garden. You’ll want to dine in – during winter, the open fireplace is a welcome sight, while in summer enjoy meat barbecued in the Bertha Oven, the only such charcoal oven in the South West. 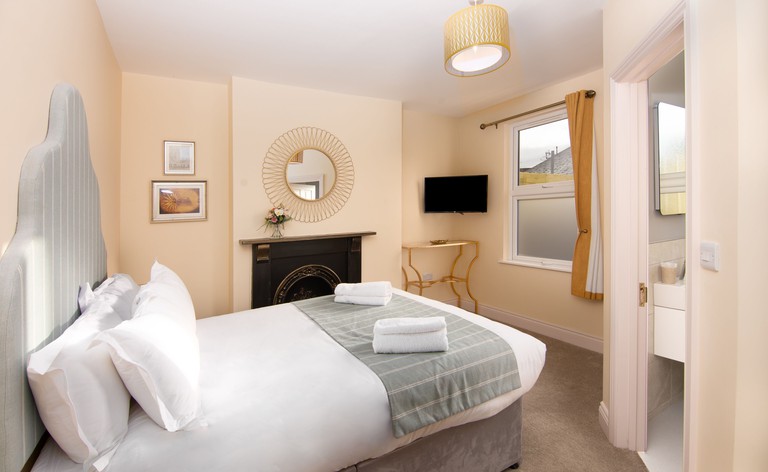 Courtesy of Caboose / Expedia
Two minutes on foot from Salisbury train station, this historic building hosted railway engineers back in the 1920s. Today, Caboose is a luxurious bed and breakfast, kitted out with quality furnishings and fittings such as Hypnos beds with Egyptian cotton bed linen and Hansgrohe rainfall showers. Decor is understated and calm – downstairs in the Caboose Parlour bar, maximalism has been given free rein. Hang around long enough to work your way through the extensive cocktail list. 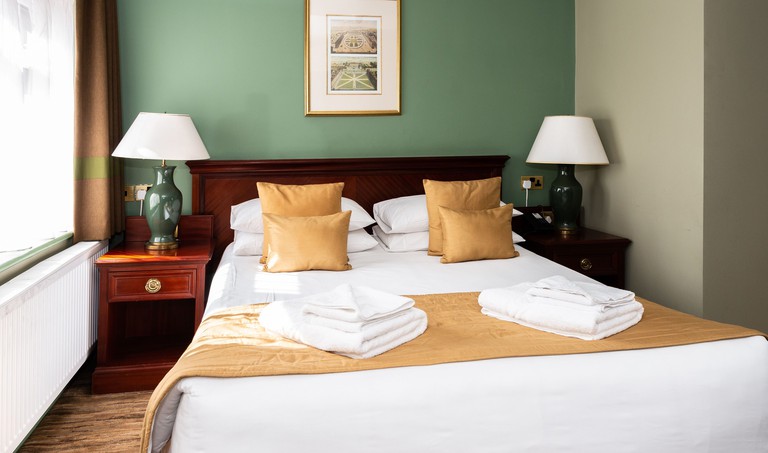 Courtesy of the Stones Hotel / Expedia
The Stones Hotel is located in the Wiltshire countryside a few miles north of Salisbury. It’s an ideal base for exploring the area. Stonehenge is a 15-minute drive away, while you can reach the New Forest National Park in half an hour. It’s also a foodie favourite – order the best steaks in the area, the highlight on a menu of signature English and French dishes, at the Marco Pierre White Steakhouse Bar and Grill. 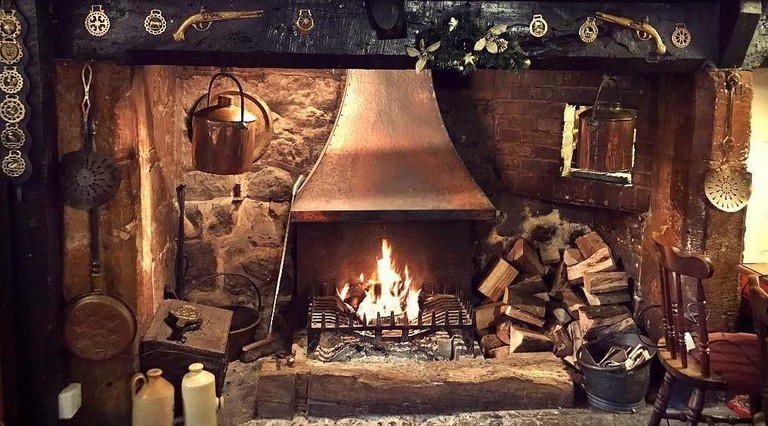 Courtesy of the Barford Inn / Expedia
Pubs don’t get much more quaint than this 16th-century coaching inn, with its exposed beams and inglenook fireplace. You’ll find it flanked by thatched cottages in the charming village of Barford St Martin, just west of Salisbury – Grovely Woods and the River Nadder are within walking distance of the pub. Four simply furnished bedrooms occupy an annex overlooking a courtyard. Choose Avon if you can, as it was renovated in 2020.

Burcombe Manor dates from 1865, when it was built as a family home on a 1,300-acre (525ha) farm. It remains part of the Earl of Pembroke’s estate and looks out over the water meadows. A yew hedge encloses a secluded garden, while inside an impressive oak-floored hall and staircase lead to three bedrooms, two of which are en-suite. Guests also have access to a characterful sitting room, with a vintage rocking horse in the window and an open fire. 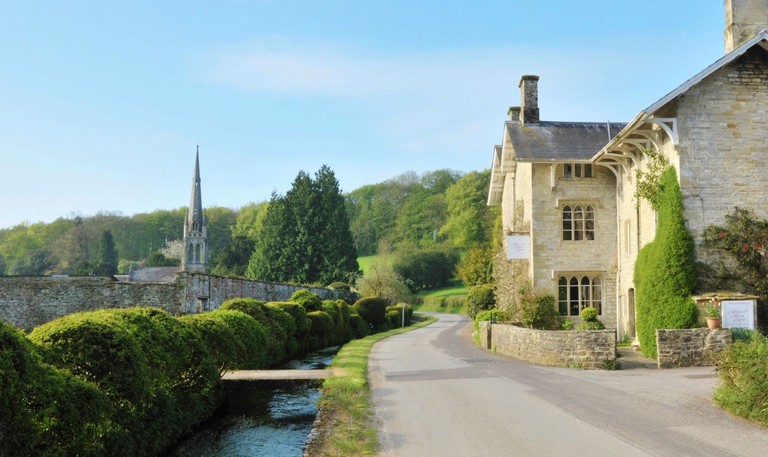 Courtesy of Howard's House Hotel / Expedia
The Mayne family built this Jacobean dower house in 1623. Today, it’s an impressive country house hotel packed with period features and enhanced with modern-day creature comforts. Howard’s House is in a hollow surrounded by rolling fields, which lead the eye to a ridge lined with mature oaks. Indulge in country pursuits such as stalking, hunting, clay-pigeon shooting and fly-fishing. Back inside, the kitchen team will show you how to prepare game or make jam. 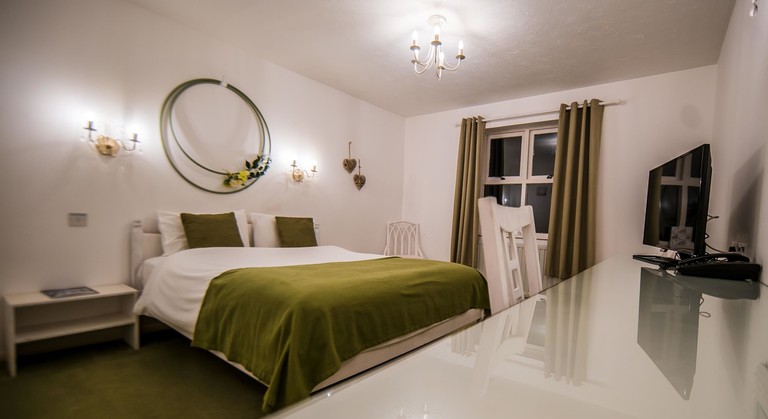 Courtesy of Gray Manor Hotel / Expedia
This four-star hotel is located where the A338 meets the A303, within easy reach of Amesbury, Andover and – of course – Stonehenge. It’s also a popular wedding venue, so bear this in mind if booking an overnight stay on a summer weekend. Rooms are spacious, with wooden floors and contemporary bathrooms. Some have more character than others – opt for a room with a bold mural, colourful textiles or a glittering chandelier if you can. 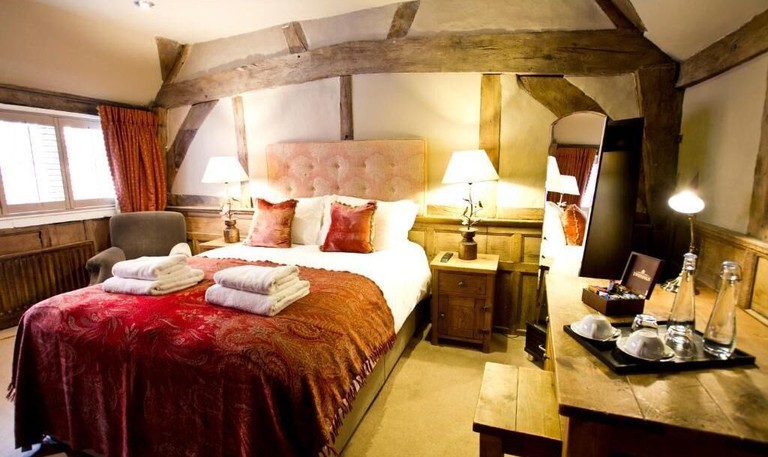 Courtesy of the Chapter House / Expedia
A chapter house is traditionally the building in which a church or cathedral’s meetings are held. This historic building, thought to be around 800 years old, had close links to nearby Salisbury Cathedral. Great effort has been made to retain many of the original features whilst updating spaces to suit overnight guests. Individually designed rooms feature exposed stone and ironwork, wood-panelled walls and open fireplaces that sit well with fluffy goose-down duvets, Egyptian cotton sheets and H2K toiletries. 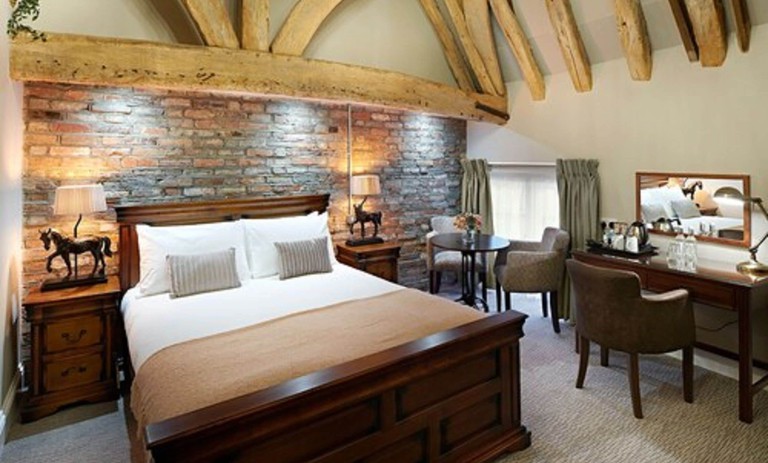 Courtesy of the Merchant's House / Expedia
The three interconnected properties that form the Merchant’s House in Salisbury opened as a newly refurbished hotel in February 2020. Centuries ago, this place was the Catherine Wheel, a haunt of Cavaliers. Fast forward to December 1800, and Nelson stayed here when he was given the freedom of the city – you sleep in the same space if you book the Nelson Room. Today, rooms are luxurious and charming, particularly the Alfred Bowley Room with its exposed brick and ancient timber beams.

Looking to stay further afield? Book into one of the best hotels or top B&Bs in Bath. Find out all about the other stone circles in the UK that you can visit, and learn all about the significance of Stonehenge and the summer solstice.