With a career spanning almost 50 years, Peter Kennard is a leading practitioner of photomontage. He has produced a vast array of thought-provoking artwork on apartheid, nuclear proliferation, the Cold War, the Iraq War, climate change, and state surveillance. Kennard’s images are icons of the medium, visually displaying cultural conflict and crisis and defining the tenor of protest.

Peter Kennard’s work has been at the cutting edge of political image-making since the Vietnam War. Kennard studied at the Slade School of Fine Art in the late 1960s and drew his inspiration from the 1930s anti-Nazi montages of John Heartfield. Kennard abandoned painting in search of a medium more suited to his activism and began splicing together photographs, reimagining their content to create his influential and provocative works that have become icons of political art. 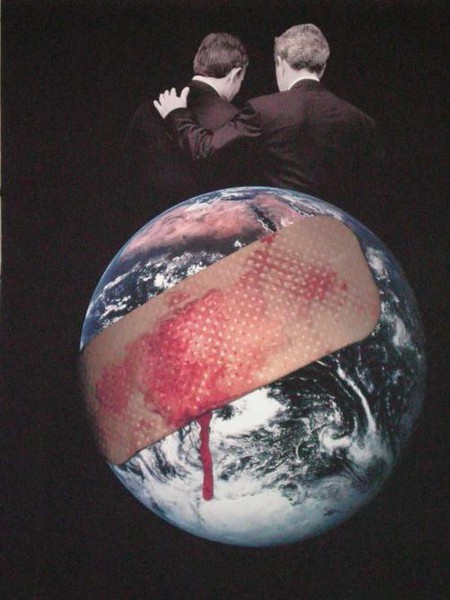 Kennard was looking for a different way of working, aiming to produce work that wasn’t part of the art market and that wasn’t commercial. He produced photomontages, created digitally or through cutting and pasting images together, thus helping to make sense of the barrage of anchorless images around us. His photomontages made it possible to make a statement about the status quo. The weapons featured in his work had become neutralized and accepted through mainstream media; Kennard tried to make them unacceptable and frightening once more. 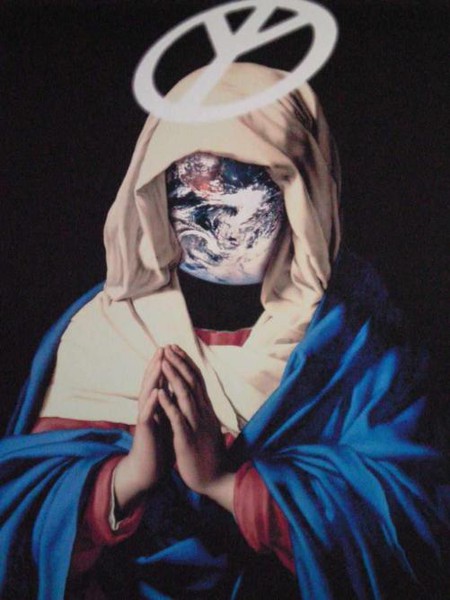 Kennard holds a mirror up to war, poverty, and human suffering. His work is an attempt to ‘rip apart the smooth, bleached and apparently seamless surface of the media’s presentation of the world and to expose the conflict and grubby realities underneath.’ He wanted to find a medium that could relate his work as an artist to his activism and felt that paint was too weighed down by art history. He says ‘I studied as a painter, but after the events in 1968 I began to look for a form of expression that could bring art and politics together to a wider audience…I found that photography wasn’t as burdened with similar art historical associations.’ His photomontages are seen circulated in newspapers, posters, and on the Internet, as well as being used in campaigns. Kennard feels that it’s important to use every outlet to display his work – from museums and galleries to community centers and the streets themselves. He aims to remove his work from the confines of high art and ensure its place in popular culture. 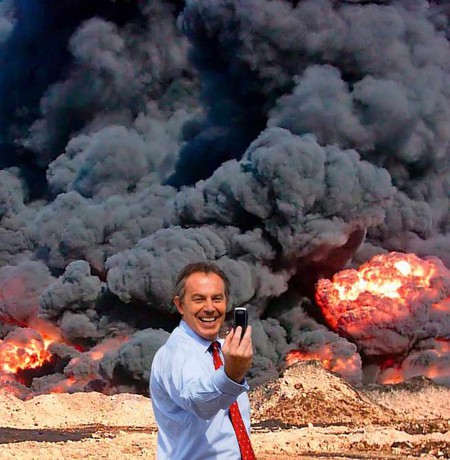 Kennard’s ‘STOP’ series started when he studied at London’s Slade School of Fine Art and came about through a sequence of events that were happening at that time, including the invasion of Czechoslovakia and the anti-Vietnam movements on the streets of London. Kennard thus became active in protests against the Vietnam War, and by getting involved in the activism, he realized that art could be part of this work; it needn’t be removed from it. His work used photos of world events as they actually happened. In the 1970s his work became a lot simpler, displaying starker imagery sought to raise awareness of human rights violations in Chile and Northern Ireland. 1980 brought an early maturity to Kennard’s work, fueled by rising Cold War tensions and the divisive policies of Margaret Thatcher. Direct montages were made for the Campaign for Nuclear Disarmament (CND), articulating fears in British society as the East-West standoff pushed the world towards potential nuclear catastrophe. 1989 brought the fall of the Berlin Wall, which gave Kennard hope; he began experimenting with three-dimensional artworks. Kennard says that these arose from ‘a mixture of personal experience, disillusion with organized politics, and the use by the media of innumerable digital photomontages.’ This then caused him to ‘question the effectiveness of photomontage as a critical, social probe.’ 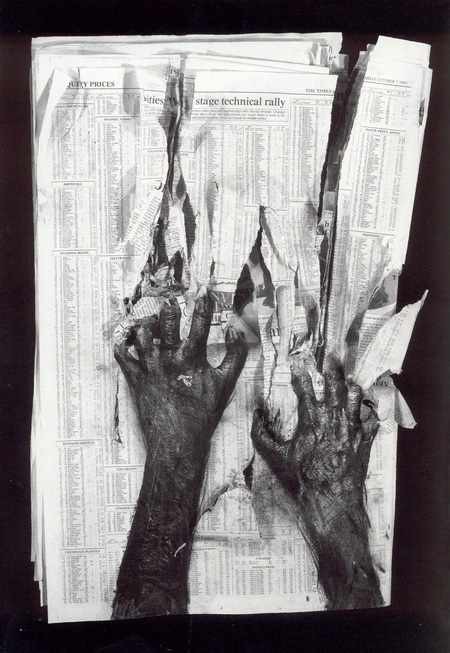 In 2003, with the beginning of the Iraq War, Kennard reconnected with photomontage and began collaborating with Cat Phillips, using digital technology to create one of the archetypal images of the conflict. His famous piece ‘Photo Op,’ which displays a smiling Tony Blair posing for a ‘selfie’ in front of burning oil wells, went on to become a visual shorthand for Blair’s controversial Iraq policy. His recent project ‘Boardroom’ has been described as a look at the history of war and conflict from the mid-20th century to the present day. The installation dwells on aspects of modern conflict and incorporates some of his most familiar images and motifs. 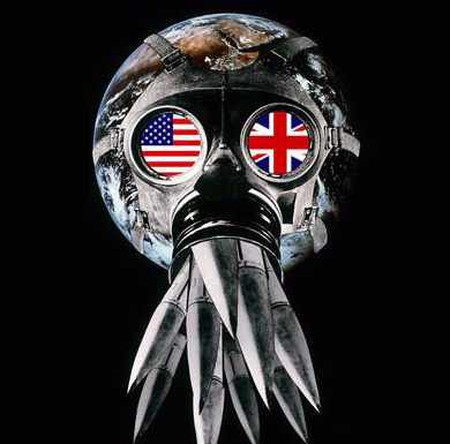 Kennard is still producing work and also lectures at the Royal College of Art. He hopes that his work is seen as a complete cry against war. He has said, ‘I don’t see what I do as telling people what to think or do; I hope it helps people think critically, and there’s very little imagery that does that.’ This week, the Imperial War Museum opens an exhibition on Kennard’s work titled ‘The Unofficial War Artist,’ which will feature over 200 pieces spanning his almost 50-year career. Alongside some of his haunting paintings and photomontages, there will also be a new installation reflecting on the human and financial cost of war.

‘Peter Kennard: Unofficial War Artist’ opened at the Imperial War Museum on May 14th 2015 and closes on May 30th 2016. Admission is free.