EUROPE
/
UNITED KINGDOM
/
ENGLAND
/
NEWCASTLE UPON TYNE
/
Things to Do

While its arts scene is often overlooked in favour of bigger cities, Newcastle upon Tyne is actually home to a thriving community of galleries from the bigger arts sector-funded names like the Baltic Centre for Contemporary Art to smaller, independent galleries like The Outsiders and System Gallery.

Founded in 2002 as a means of raising the profile of contemporary visual art in the North East region, the BALTIC Centre for Contemporary Art today is one of northern England’s premier galleries enjoying privileges such as hosting the 2011 Turner Prize exhibition. Located in a beautifully renovated former flour mill, the BALTIC includes four gallery spaces and though its lacks a permanent collection, it is host to regularly changing exhibitions and since its opening, has worked with over 300 artists from across the globe. Past notable exhibitions have included works by French conceptual artist Daniel Buren, Danish video artist Jesper Just and British performance and installation artist, Marcus Coates. 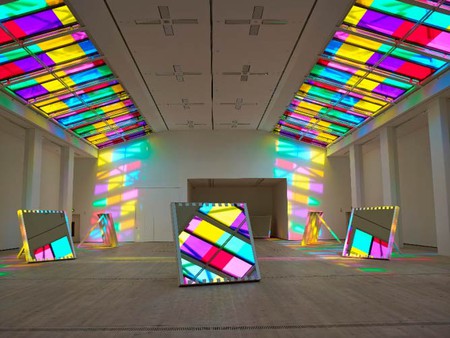 Boasting the privilege of being the biggest commercial art, craft and design gallery in the UK, The Biscuit Factory opened in 2002 in a wonderfully converted former Victorian warehouse in Newcastle’s cultural hotspot, Ouseburn Valley. Spread over two floors, The Biscuit Factory presents contemporary art, prints, jewellery and other quality handcrafted works hosting four major exhibitions each year and representing up to 250 artists each season. Current artworks represented at The Biscuit Factory include the stunning landscape photography of Newcastle-based Dan Bolam, the bronze Botero-esque sculpture of Virginia Day and the colourfully painted cityscapes of Lancashire-born painter Chris Cyprus.

Established in 1997, Vane started out as an umbrella organisation working to promote contemporary art in the region via high profile events before going on to open its own permanent gallery space in 2005. Overseen by directors Paul Stone and Christopher Yeats, the gallery represents a roster of artists from Britain and further afield – which includes talents like Icelandic performance artist Dogga Maggý, whose work explores the emotional relationship between video and music, and Scottish artist Jock Mooney and his eccentric sculptures and paintings – and also works in collaboration with partner galleries to exhibit the works of invited guest artists. 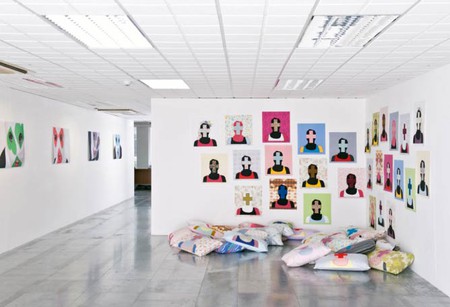 Art Gallery, University
Facebook
Email
Twitter
Pinterest
Copy link
Share
Based within the grounds of Newcastle University campus is the Hatton Gallery – a fixture of the North East’s cultural life since its founding in 1925, hosting an acclaimed exhibition programme featuring works of historical, modern and contemporary art. The gallery possesses a permanent collection encompassing over 3,500 works in painting, sculpture, drawing and print and while the scope is wide, ranging from the 14th century to the present day, contemporary works by artists including Victor Pasmore and Richard Hamilton feature. Hatton Gallery was the first institution to exhibit Hamilton’s ground-breaking work Man, Machine and Motion in 1955. 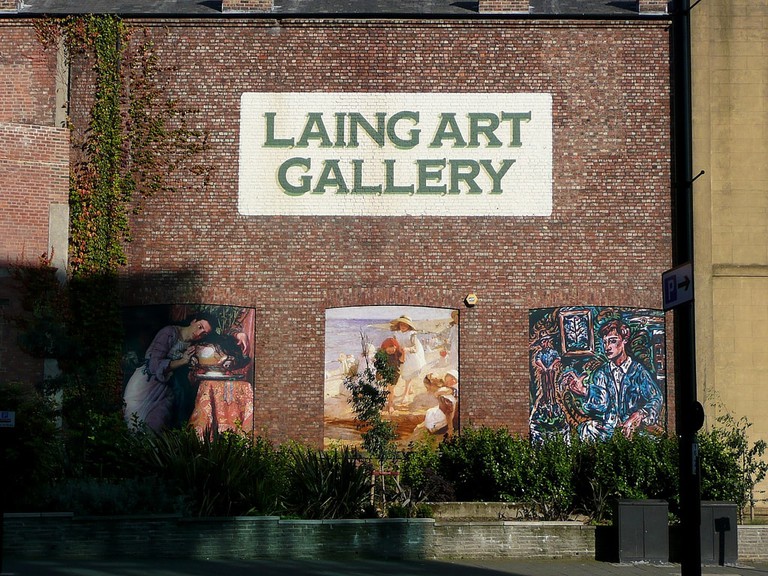 Laing Art Gallery, Newcastle | © Metro Centric/Flickr
Newcastle upon Tyne’s first and oldest gallery, the Laing Art Gallery, first opened in 1904 with funds from its namesake Alexander Laing and today is a gallery committed to the promotion of historic, modern and contemporary art. Alongside regular exhibitions of both its permanent collection and works by visiting artists, the gallery presents talks and events designed to engage local audiences in art. Though the Laing’s collection is largely 19th century and earlier in character, the gallery does have a growing contemporary section and further contemporary works can be viewed at the Laing’s exhibitions, which have recently included British portrait artist Jonathan Yeo and Jeremy Deller’s All That Is Solid Melts Into Air. 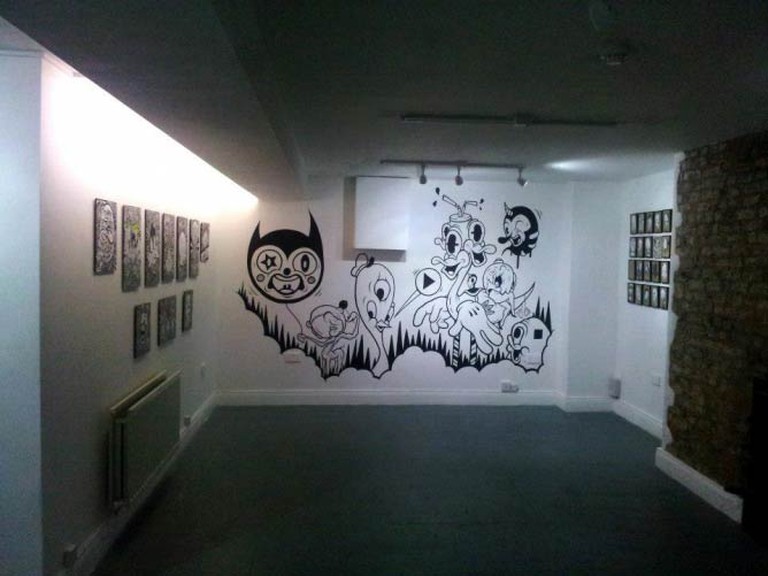 Bruce Parker, Delightful Absurdities and Mangled Memories, 2014 | Courtesy Bruce Parker/System Gallery
Opened in 2012, System Gallery is one of the Newcastle art scene’s most recent additions and a gallery dedicated to providing insight into the city’s local art and artists, acting as an inclusive space where young, up-and-coming talents can exhibit their works alongside more established local talents. Volunteer-run and eclectic and cutting-edge in its choice of monthly exhibitions, recent shows at System Gallery have included Andy Slater’s Roadworks, which examines the evolving concept of landscapes, and James Hutchinson’s ‘unequilibrium’, an experiment in interconnected form. A number of workshops and music events are also held in order to engage with a wider local audience.

A Newcastle-based champion of the art of contemporary printmaking, Northern Print is a gallery and studio located in arty Ouseburn Valley, hosting an on-going programme of exhibitions alongside educational workshops and technical courses in printmaking. Each year, Northern Prints hosts a popular themed exhibition of affordable prints that showcases the works of its studio artists which is complemented by solo exhibitions by the likes of Durham-based artist Anja Percival, who creates landscape-based prints. Northern Print is also the organiser of the International Print Biennale, an event showcasing the very best in contemporary British and international printmaking that takes place every two years.

The Side Gallery was established in 1977 and is overseen by Amber, a local film and photography collective, the Side Gallery was born from an appreciation for humanist documentary photography and the importance of such an art form to the marginalised, working-class communities in the North East at that time. Over its nigh-on 40 year history, the gallery has exhibited works by masters of modern documentary photography including Czech artist Josef Koudelka and Japan’s Takashi Hamaguchi alongside more contemporary talents like German photographer Kai Wiedenhöfer.