How Puppy Therapy Can Help University Students With Exam Stress 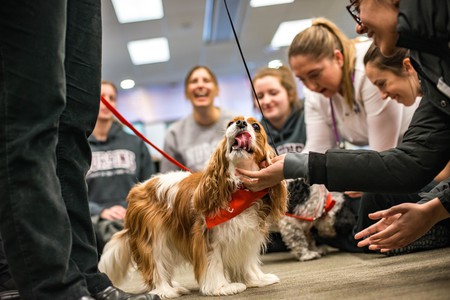 ‘Puppy therapy rooms’ have become a recent staple during exam season at universities, with institutions all over the UK offering cute canines for their students. Now, thanks to a study done by researchers at the University of British Columbia, there is scientific evidence boasting the stress-relieving benefits of cuddling with a fluffy dog during exam season.

Providing access to puppies for stressed-out students is nothing new, with universities worldwide previously bringing dogs into their communal spaces. Puppy therapy has been used to create a calming environment for students to relax. The origins of using dogs on university campuses is unclear, but it’s been suggested that one of the first events was ‘Therapy Fluffies’, held at the University of California, San Diego, as early as 2009. 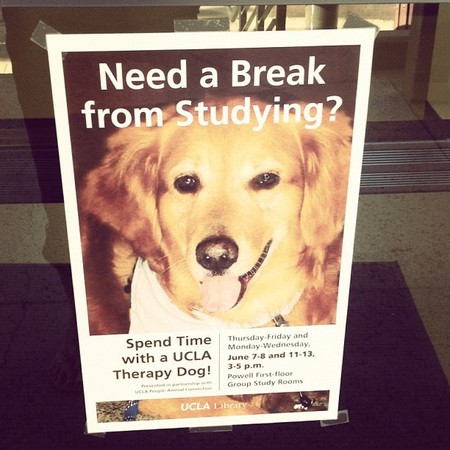 It goes without saying that exam season is an incredibly stressful time for students. With deadlines left, right and centre, alongside expectations from family and lecturers, students have a lot riding on these exams. Potential grad schemes or internships may depend on them getting a certain grade, and all of these demands and expectations are on top on the unrelenting pressure and anxiety you get from deadlines alone. So the aim of these puppy rooms is to get them away from this whirlpool of academic expectation and back to a more simple way of life, with no equations, answers or all-nighters – just a fun time with some of the cutest creatures on the planet.

In the study, 246 students were surveyed both before and after they met their four-legged pals. It was found that, compared to the control group who did not spend time with dogs, the subjects noted an increase in happiness, a reduction of stress and a surge of energy.

Although some reported that these positive feelings were transient, a look at the science behind this puppy therapy initiative shows that, on the contrary, they can have long-lasting and beneficial effects. By playing with animals, such as dogs, levels of the stress-reducing hormone oxytocin increase whilst decreasing the production of the stress hormone cortosil. The result? A happy, less stressed and refreshed student. 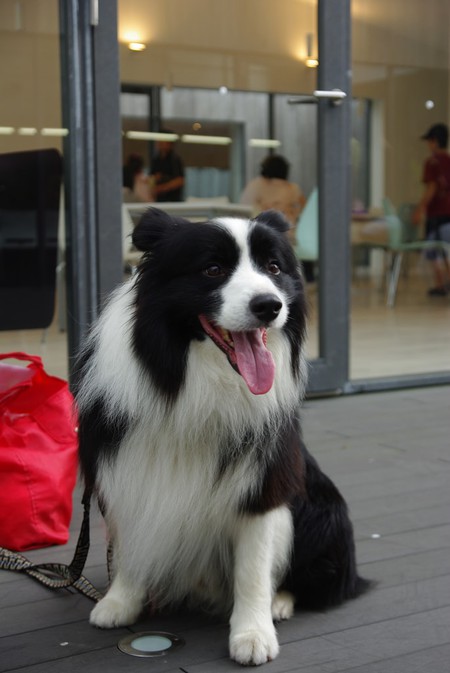 The study was also useful in debunking previous studies which claimed that playing with dogs was more effective on female subjects than male. As it turns out, nobody is immune to the animals’ charm; the study confirmed that the positive benefits were equal across genders. Consequently, the ‘puppy room’ initiative is promising in its potential to have a large outreach and a positive effect on people from all walks of life. 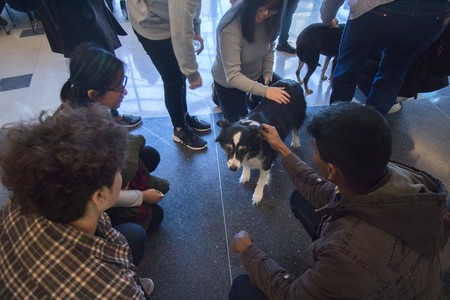 Student-oriented therapy dogs aren’t just limited to exam time; Harvard Medical School has a long-standing tradition of having a dog visit campus once a week to provide wellness-centred stress relief for their hard-working medical students. On a broader level, dogs are playing an important part around the world in promoting mindfulness and relaxation, with ‘Dog Yoga’ taking off in Brooklyn. Meanwhile, Melbourne recently opened its first dog cafe with similar aims of improving the well–being of visitors.

In some universities, such as the University of Nottingham, University of Leicester and University of Bristol, they have previously paired up with Guide Dog charities to provide dogs for puppy therapy as well as raise student awareness about guide dogs and gain donations for the charities involved.

A BBC article on the Bristol University puppy therapy room cites research from Japan, which claimed that pictures of ‘cute things’ can help improve one’s concentration and performance – two qualities that are clearly beneficial for a student to have during exam season. So why not go one step further and get the real thing?